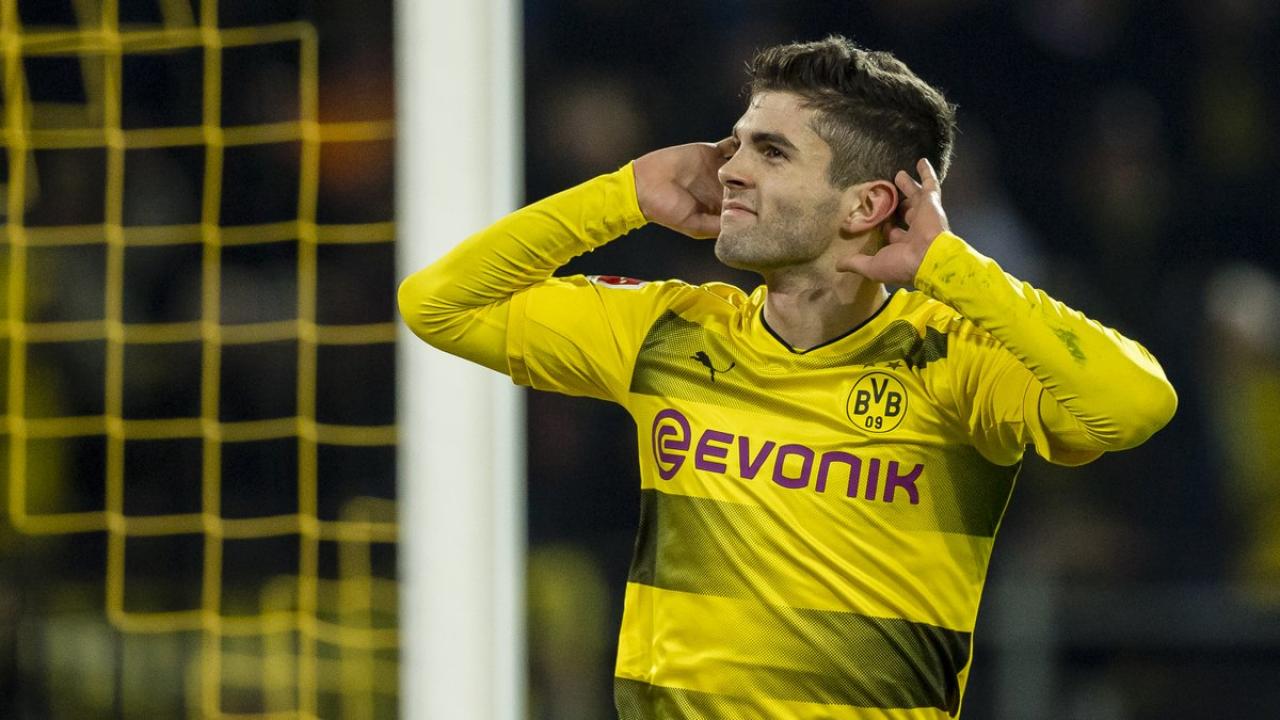 Christian Pulisic Wins Bundesliga’s Goal Of The Month For December

Two weeks after being named the 2017 U.S. Soccer Male Player of the Year, 19-year-old Borussia Dortmund attacker Christian Pulisic added another first to his individual trophy cabinet: the accolade for December’s Bundesliga Goal of the Month.

It was the eighth Bundesliga goal of Pulisic’s career, but the first to be named Goal of the Month. The composed finish against Hoffenheim from December 16 gave Dortmund all three points in the 89th minute.

The Hershey, Pennsylvania, native has already matched his league total from last season with three goals in 16 matches. He’s become a regular starter for Dortmund this campaign, featuring from either the left-hand or right-hand side of the team’s attack.

At the halfway point of the season, Dortmund sit third in the Bundesliga, 13 points behind leaders Bayern Munich. Bayern also knocked the club out of the DFB-Pokal in the Round of 16, and Pulisic’s side was unable to navigate a Champions League group of death when paired alongside both Tottenham Hotspur and Real Madrid. They’ll now enter the Europa League in the Round of 32 with a matchup against Italy’s Atalanta.

Despite Dortmund’s struggles this season, Pulisic has been a consistent performer at the tender age of 19.