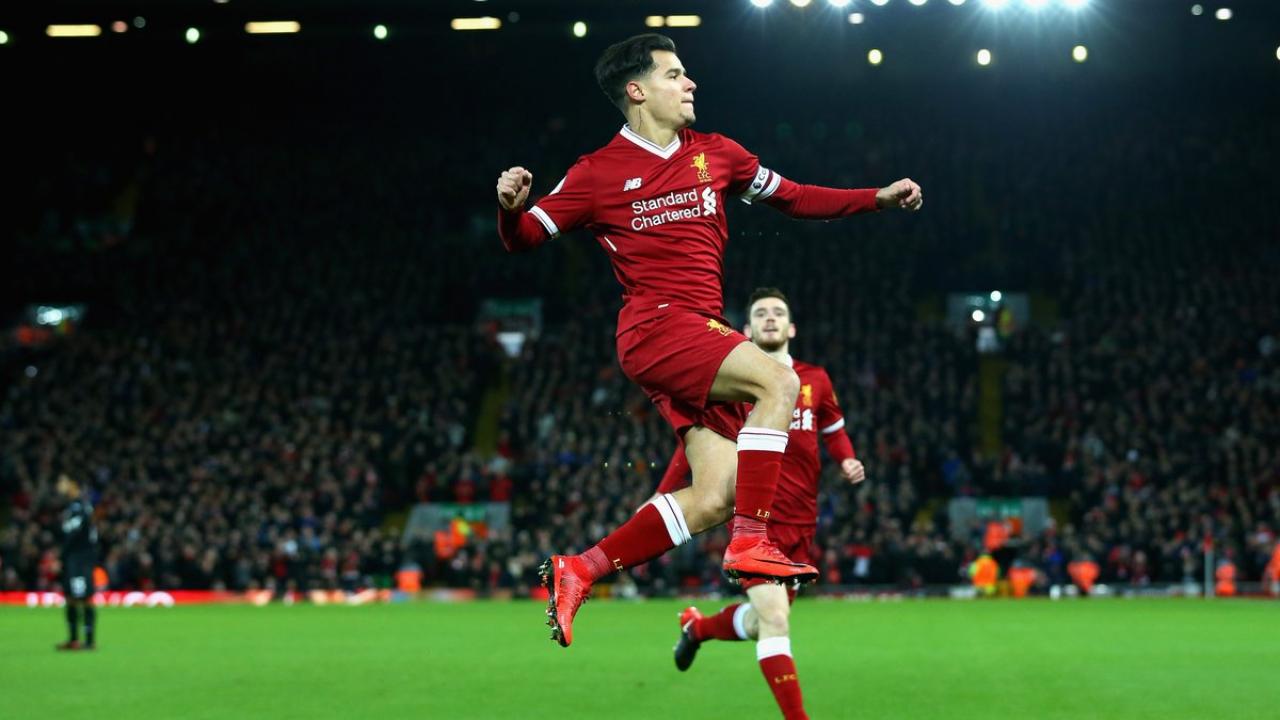 “I used to try to look at the ball and when I’m looking at that ball, I’m trying to see who is moving where and how to make sure I can plan my goal. Sometimes it’s instinct. Don’t get me wrong, I’m not going to lie — sometimes it’s an instinctive finish. But most of the times, you see a lot of strikers in one-on-one situations or when the ball is traveling, losing their way in what they’re trying to do because they’re thinking about it while they are doing it. You need to think about it (visualize the goal) before you do it and obviously having the quality to apply the finishing touch is also something that comes into the equation.” -Thierry Henry on finishing

You hear it a lot, “Instinctive finish." It’s an attacker’s ability to bury an otherwise difficult chance without a second thought. Typically, it’s the mark of a great goalscorer in the box — a descriptor best applied to foxes like Filippo Inzaghi or Raúl.

But for Liverpool’s Philippe Coutinho, his goalscoring muscle memory seems to kick in at the most audacious of moments — about 25 yards from goal. Last season, six of the Brazilian’s 13 league goals came from outside the box, a total only bettered by Lionel Messi and Torino’s Adem Ljajic.

This season, Coutinho has scored seven goals with four of them coming from outside the box.

It’s an unnatural way to play football, denoting a prevision of the typical “speculative effort from distance” that usually accompanies such hits.

19 - Philippe Coutinho has scored 19 Premier League goals from outside the box - one more than Robbie Fowler and second only to Steven Gerrard (33) among Liverpool players. Gifted.