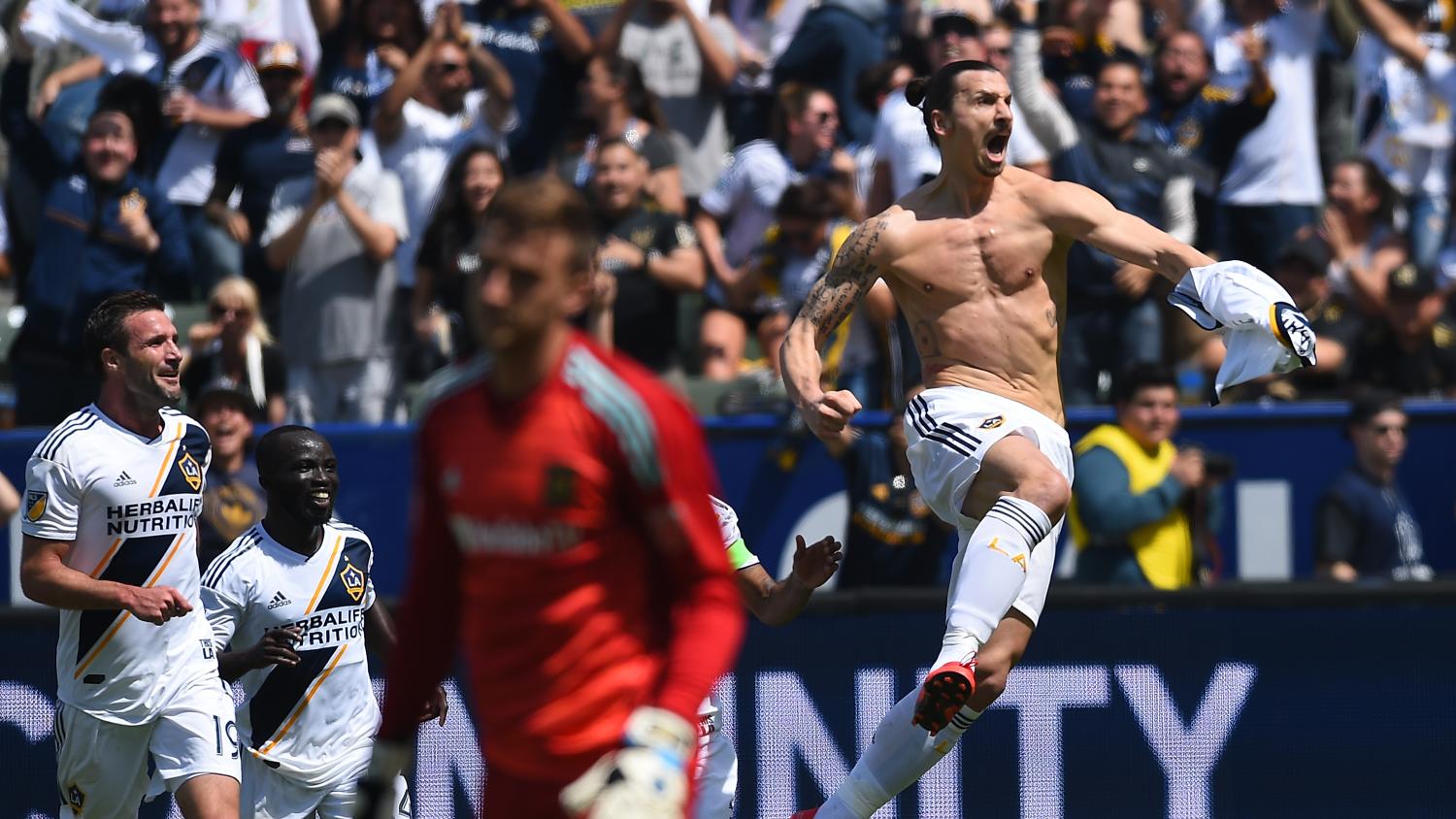 Ibrahimović is set to leave MLS after scoring 53 goals in 58 appearances.
Getty Images

Zlatan Ibrahimović has announced his departure from the LA Galaxy following the expiration of his contract in MLS. Ibrahimović took to Twitter to inform America that he came, he saw, he conquered — and then he instructed us all to go back to watching baseball.

I came, I saw, I conquered. Thank you @lagalaxy for making me feel alive again. To the Galaxy fans - you wanted Zlatan, I gave you Zlatan. You are welcome. The story continues...Now go back to watch baseball pic.twitter.com/kkL6B6dJBr

In terms of pure entertainment, Ibrahimović certainly conquered the league during his two-year stay in Los Angeles, beginning with his stunning brace against El Tráfico rivals LAFC and ending with an incredible 5-3 defeat to that same side in the 2019 MLS Cup Western Conference Semifinals.

Including both the regular season and postseason, Ibrahimović tallied 53 goals in 58 appearances. He was a two-time MLS All-Star, twice named to the MLS Best XI and captured the 2018 MLS Goal of the Year Award.

Zlatan's time in LA has come to an end.

He has been nothing short of entertaining during his Galaxy career pic.twitter.com/hK7BXjUEXC

The Galaxy, however, never delivered on Ibrahimović’s promise of a sixth MLS Cup. In Year 1, a monumental collapse against Houston denied the Galaxy a spot in the playoffs. In Year 2, the Galaxy made it to the postseason as a fifth seed and upset Minnesota United in the first round, but a ramshackle defense conceded five times in a second-round defeat to LAFC.

There’s every indication that the 38-year-old will continue to play professionally, and he’s been heavily linked with a return to Serie A. AC Milan, Fiorentina and Bologna have all been touted as potential destinations for the striker.