What World Cup games are on Thanksgiving Day? 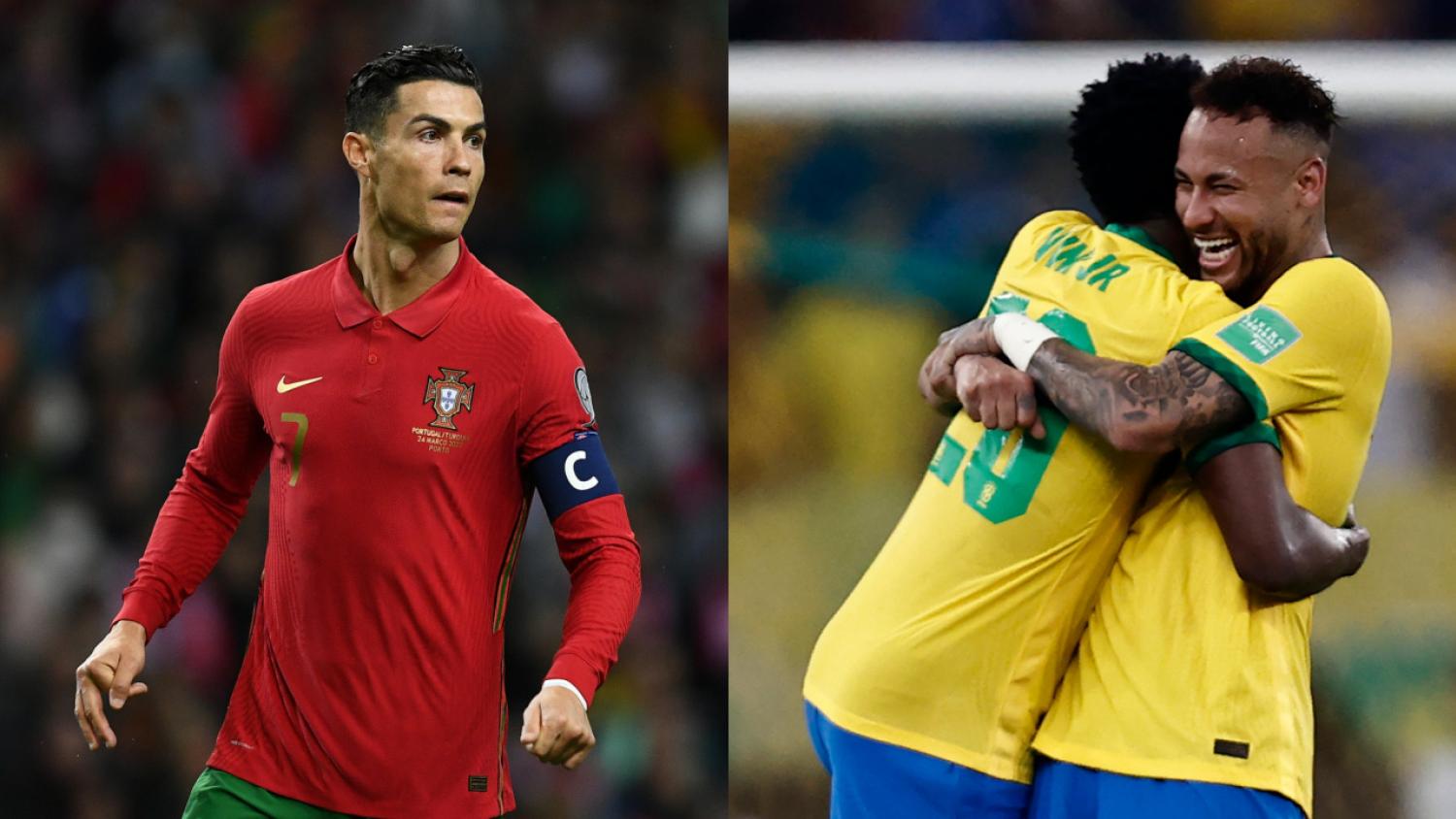 For the first time ever, American families will enjoy their traditional Thanksgiving meals before gathering around the television to watch something far superior to whatever the Detroit Lions are planning this season — the 2022 FIFA World Cup. We get four World Cup games on Thanksgiving Day this year, beginning at 5 a.m. ET and ending with the introduction of five-time world champions Brazil in Qatar at 2 p.m. ET.

What World Cup games are on Thanksgiving Day? It all begins with Switzerland versus Cameroon, continues with Uruguay vs. South Korea, reaches a crescendo with Portugal against Ghana and ends at Lusail Iconic Stadium with Brazil taking on Serbia. These are the opening matches from Group G and Group H.

You can watch the Thanksgiving World Cup games on TV on FOX, FS1 or FS2, while Spanish-language coverage is on Telemundo and Universo. Peacock Premium is streaming every World Cup match in Spanish, and FOX Sports is providing the English-language streaming options.

What World Cup games are on Thanksgiving Day?

Underrated Switzerland has reached the last-16 in three of the last four World Cups, and the squad — led by the experienced trio of Xherdan Shaqiri, Granit Xhaka and Ricardo Rodriguez — is coming off a quarterfinal showing at Euro 2020. Underestimate them at your own peril. Italy did just that and is out of the World Cup.

Cameroon is a surging international side that followed up a great AFCON performance, where the Indomitable Lions finished third, with an upset of Riyad Mahrez's Algeria to reach the finals. Vincent Aboubakar, Eric Maxim Choupo-Moting and Karl Toko Ekambi are the danger men.

Both teams will be desperate to win this one with Brazil still to come.

It's a fourth straight World Cup appearance for Uruguay but a final one for its celebrated generation of Luis Suárez, Edinson Cavani, Diego Godín and Martín Cáceres. La Celeste finished third in CONMEBOL qualifying so they aren't done yet.

It's a 10th straight finals appearance for South Korea, and the Taegeuk Warriors are hoping to reach the knockout rounds for the first time since 2010 with Premier League stars Son Heung-min and Hwang Hee-chan leading the charge.

These two nations met in the group stage back in 2014, when Cristiano Ronaldo scored an 80th-minute winner but both Portugal and Ghana went home with Germany and the USMNT finishing first and second.

Ronaldo and Pepe still lead Portugal, although they're now complimented by the likes of Bernado Silva, Bruno Fernandes and João Félix.

Ghana still turns to Jordan and André Ayew in attack, but Arsenal's Thomas Partey is now the heart of midfield.

And the Seleção's opening opponent is an interesting one. Serbia finished above Ronaldo's Portugal in qualifying, winning 2-1 in Lisbon with goals from its two most influential attackers — striker Aleksandar Mitrović and playmaker Dušan Tadić. There's a lot of quality in midfield and defense as well, so this could be a thrilling match — you can forget about your traditional post-meal nap.