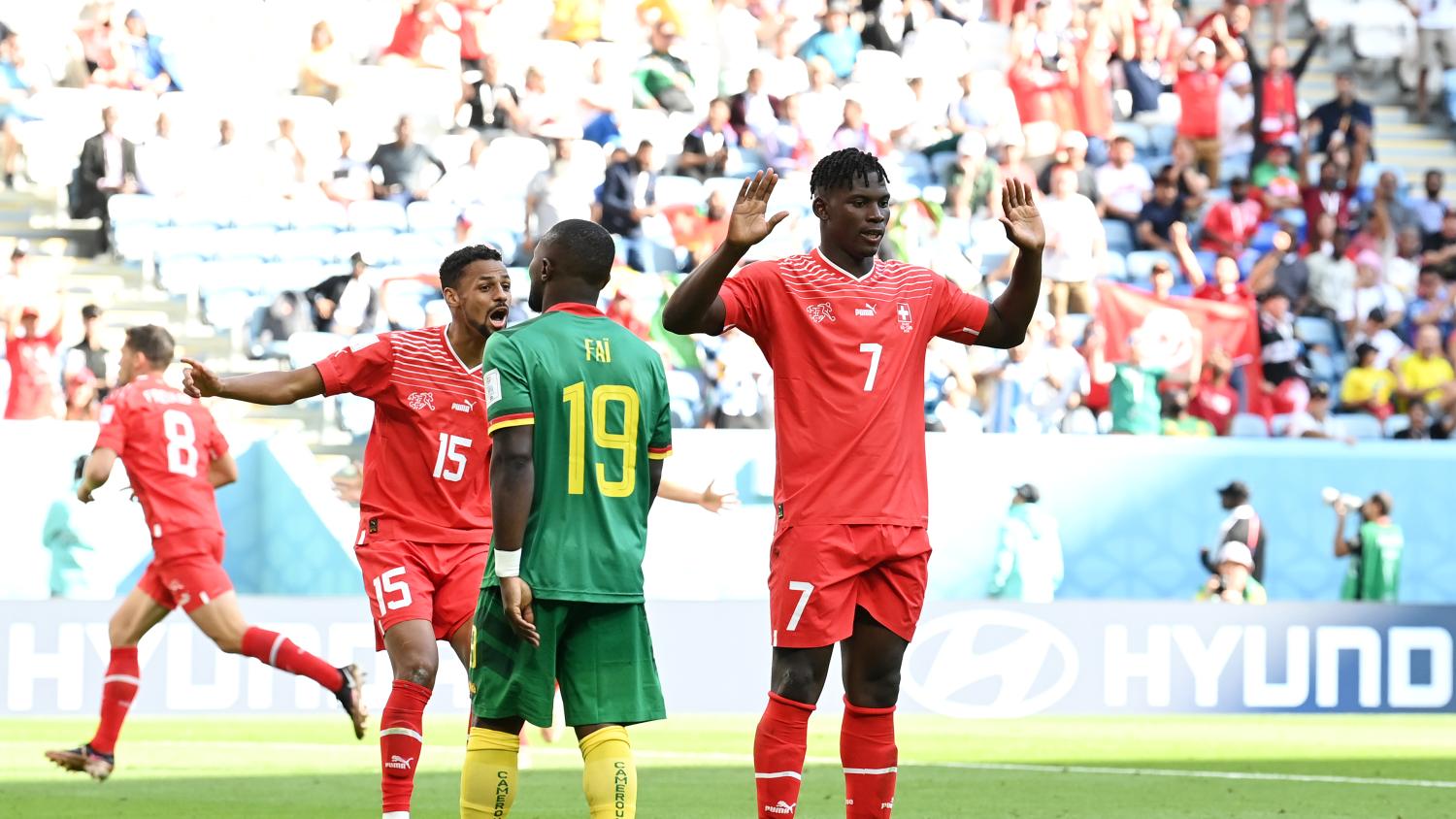 Rarely see this at the international level before.
Getty Images

There’s an unwritten rule in soccer where players don’t celebrate goals they score against former club teams. Instead of celebrating the player will typically put their hands up in the air (like if a police officer told you to put your hands up).

This kind of thing happens all the time during club play. It’s extremely rare to see on the international level, especially at a World Cup.

Switzerland’s Breel Embolo did just that when he scored his nation’s opening goal during the 1-0 victory vs. Cameroon on Thursday. In the 48th minute Chicago Fire’s Xherdan Shaqiri put in a perfect ball for Embolo to smash into Cameroon’s net.

No celebration from the goal scorer followed.

Breel Embolo doesn't celebrate his goal against Cameroon, the country he was born pic.twitter.com/rZIOSTcxkI

It’s not uncommon for players to play for countries they weren’t born in. The USA has five players on its World Cup roster born outside the country.

Embolo is an example of this but had the rare opportunity to play against his birth country on the world’s biggest stage.

The AS Monaco forward was born in Cameroon’s capital Yaoundé but moved to Switzerland at a young age after his parents split up. His mother married a Swiss international that she met in France and moved the family to Basel.

Embolo could have played for either Cameroon or Switzerland but chose the latter and received his Swiss citizenship in 2014.

He still has close ties to Cameroon often seeing family members still living there. He also has his own “Embolo Foundation” that provides support for children in Cameroon.

When Embolo was asked about the opportunity to play his birth country at the World Cup he said it was a unique moment.

"It's very special. It's my hometown and my mom and my dad come from there, my family, most of them come from there, so it's a special game for me and my family," Embolo said. “But most importantly it's a World Cup game. ... I'm proud and happy to be here and hopefully I will play against them (Cameroon) but most importantly is playing in a World Cup. It's always special."

With all this context it makes sense why he chose not to celebrate against his birth country. What a moment.