What time is the World Cup opening ceremony and who is performing? 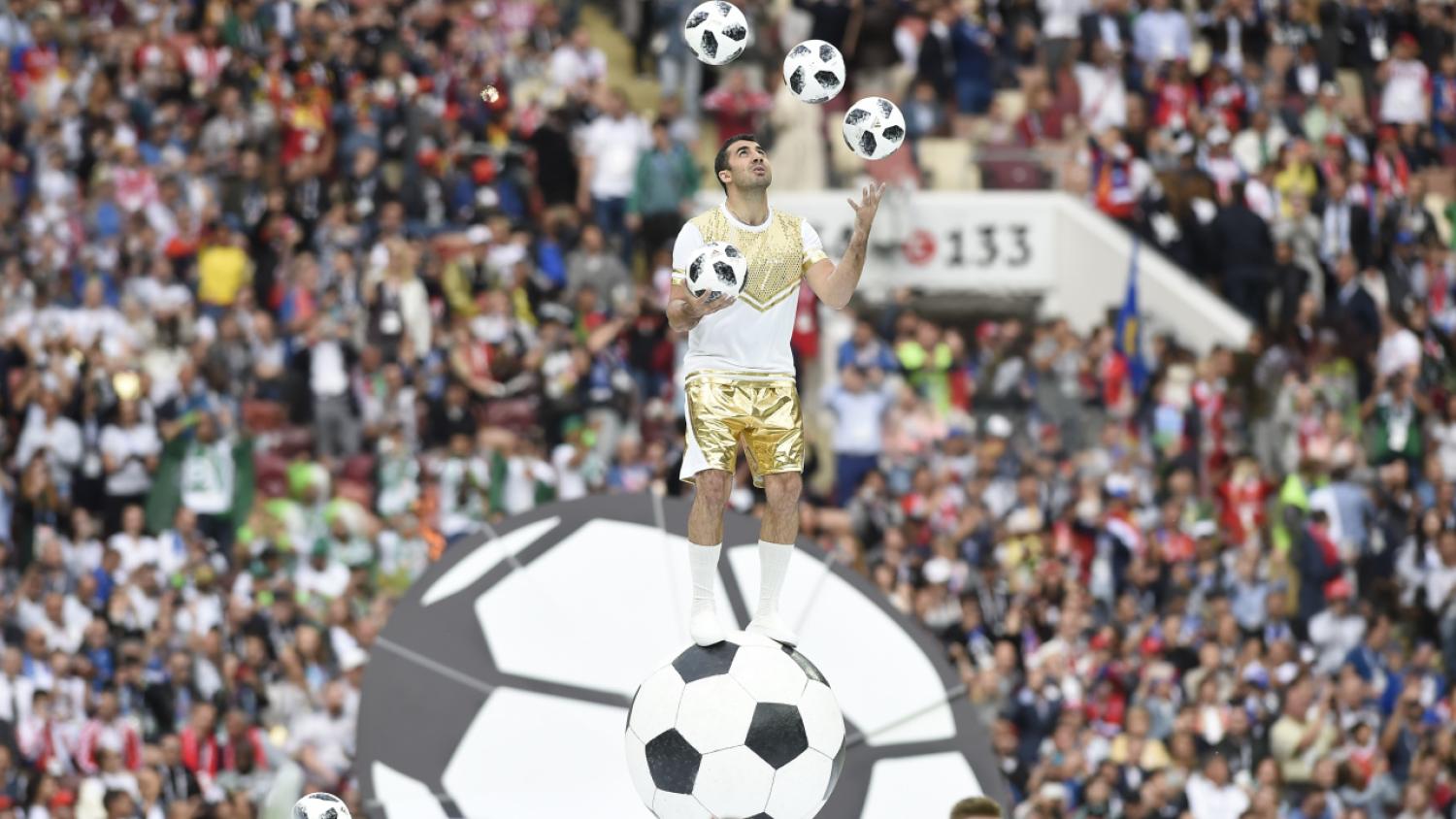 The World Cup opening ceremony is scheduled Sunday before Qatar vs. Ecuador.
Shutterstock

WHAT TIME IS THE WORLD CUP OPENING CEREMONY?

* The opening ceremony of the World Cup will take place on Nov. 20, ahead of the opening Group A match between hosts Qatar and Ecuador.

* The opening ceremony is scheduled to begin at 9 a.m. ET on FS1 and Telemundo.

* The original plan was for the opening ceremony to be held before Qatar's first game on Nov. 21, which would have created the unusual situation of two games being held before it. The opening match was then brought forward by a day.

WHERE IS THE OPENING CEREMONY FOR THE WORLD CUP?

* The opening ceremony will be held at the 60,000-capacity Al Bayt Stadium located 25 miles north of Doha.

* Named and designed after the tents used by nomads in the Gulf, the Al Bayt Stadium is the farthest venue from central Doha but also one of the biggest and has a retractable roof.

WHO IS PERFORMING AT THE WORLD CUP OPENING CEREMONY?

* FIFA are yet to announce a full list of performers for the 2022 World Cup opening ceremony.

* South Korea's BTS said Jungkook, one of seven members of the boy band, will perform at the ceremony.

* Other names reported to be involved in the opening ceremony include Colombian pop star Shakira, who sang the 2010 World Cup's official song, the Black Eyed Peas, Robbie Williams and Nora Fatehi, according to The Telegraph.

* British singer Dua Lipa denied a report that she was set to perform at the ceremony.

* Singer Rod Stewart told The Times he had turned down an offer of "over $1 million" to perform in Qatar.

WHO PERFORMED AT THE 2018 WORLD CUP OPENING CEREMONY?

* The 2018 World Cup in Russia kicked off with a ceremony in Moscow headlined by British pop star Williams and Russian soprano Aida Garifullina.

(Compiled by Aadi Nair in Bengaluru; Ediitng by Christian Radnedge)