Looking for a high-stakes opener? It doesn't get any better than USA vs. Wales 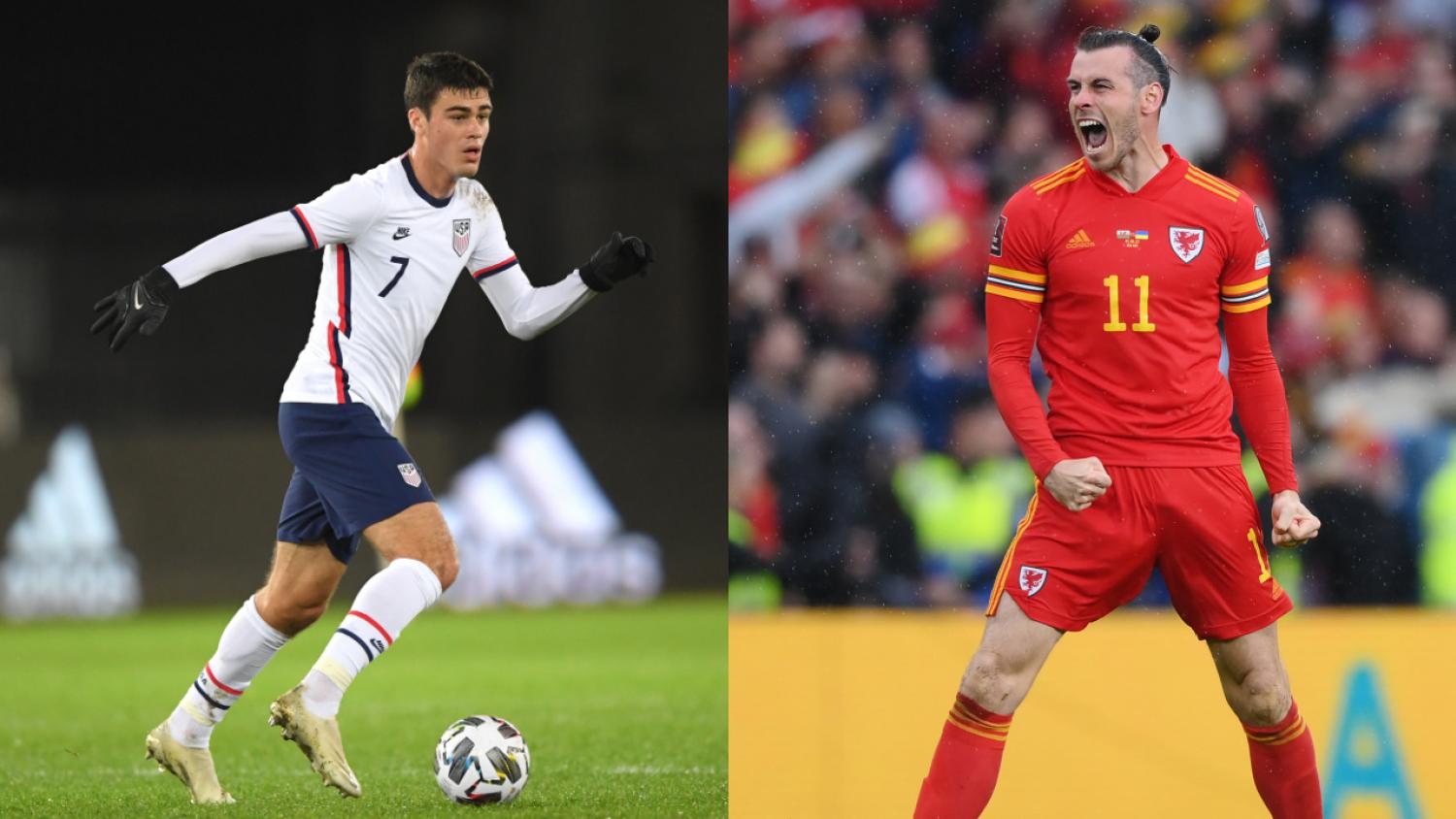 Wales returns after 64-year absence, but America's youthful squad is out to silence critics.
Getty Images

DOHA - The United States and Wales will head into Monday's World Cup clash knowing that victory could decide one of Group B's two qualifiers, with England fancied as heavy favorites to advance as group winners.

With a golden generation of talent spearheaded by Gareth Bale and playing at their first World Cup in 64 years, Wales will be out to echo their recent successes at European level, having reached the Euro 2016 semifinals and the last 16 at Euro 2020.

Manager Rob Page called up nine Premier League-based players to his World Cup squad — which U.S. coach Gregg Berhalter said the Americans must not underestimate, despite Wales's preparations being hampered by injuries to key players including Joe Allen and Aaron Ramsey.

"I think that, at least to the American media, Wales is under-rated," Berhalter told reporters. "When I look at their squad, it's basically a Premier League squad. To me, it's a really good squad, a formidable squad. They've been in international competition before, they know what it's like. And it's going to be a very difficult game."

The U.S. team endured a rocky run-up to Qatar and failed to score in September friendlies against Japan and Saudi Arabia, but Berhalter's youthful albeit unproven squad will look to silence critics when they return to the World Cup stage after eight years. The Americans will be entering the contest with a rare clean bill of health with most of their first-choice squad healthy and available, and Christian Pulisic, Gio Reyna and Weston McKennie will all be out to leave their mark in their first World Cup appearance.

With Page boasting a settled core of players, many of whom gained vital big-tournament experience through the last two European Championship campaigns, Wales will have reason for quiet confidence on their return to soccer's showpiece event. Neco Williams and Brennan Johnson are among the younger talents who have stepped up of late, allowing Page to be less reliant on veterans Bale and Ramsey, although their form and fitness will still be vital to Wales's campaign in Qatar.

With the old guard finally realizing their World Cup dream in the twilight of their careers, Ramsey paid tribute to former manager Gary Speed for laying the foundation for Wales's upturn in fortunes before his death in 2011.

"Gary is always in our thoughts with everything that we have done," Ramsey said. "If you look at where we are now, you can see it has Gary's fingerprints all over it. He was the one who got things moving for us. Gary had this way about him that you would believe anything that he would say. One of the targets that he set when he first came in was to qualify for that World Cup (in 2014). We didn't manage to do so, so this makes it even more special that we have actually gone on to do that now. This means everything."

DOHA - The United States play Wales in Group B of the World Cup in Doha on Monday.

* Wales are playing in the World Cup finals for the first time in 64 years, while the U.S. return after failing to qualify for the 2018 edition.

* The last time Wales played in the World Cup, in 1958, they reached the quarterfinals, suffering a 1-0 defeat to eventual champions Brazil as Pelé scored the winner.

* Wales qualified for the Qatar World Cup by beating Ukraine 1-0 in a playoff final after a 2-1 victory over Austria in the last four. Rob Page's side had sealed second place in their qualifying group behind Belgium.

* U.S. qualified after finishing third in CONCACAF qualifying behind Canada and Mexico.