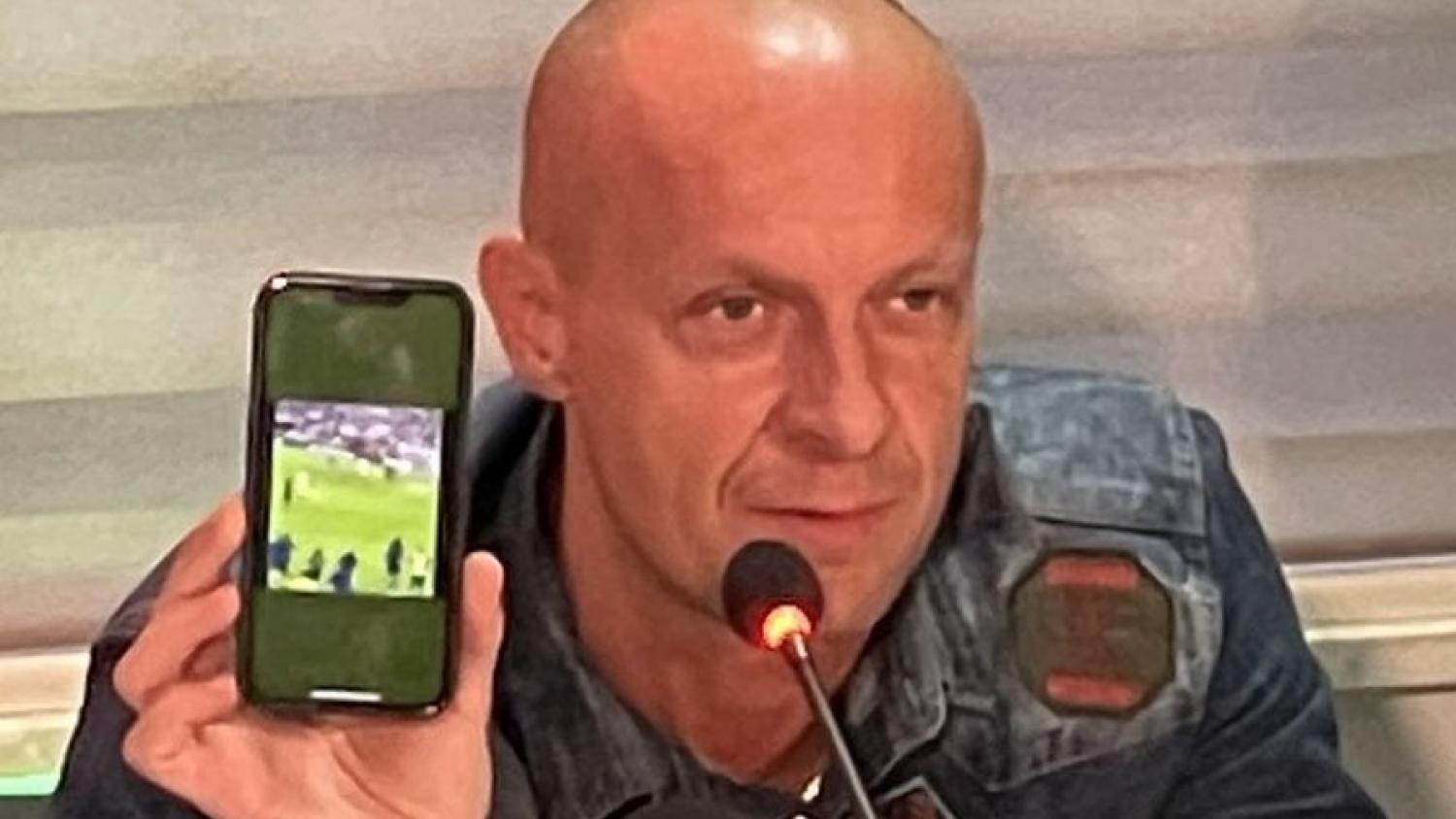 The World Cup final ended nearly a week ago but the drama around it continued as the match referee showed a photo on his phone during a news conference to respond to claims that Lionel Messi's extra-time goal should not have stood.

Argentina won the final in Lusail, Qatar, 4-2 on penalties after the match ended 3-3 following 120 minutes of action, with Messi scoring twice and Kylian Mbappe bagging a hat trick for France.

Szymon Marciniak, the first referee from Poland to officiate a World Cup final, faced criticism from French media that he should have chalked off Messi's extra time goal because two Argentina substitutes appeared to enter the pitch before the ball went into the net.

Some suggestion that Lionel Messi's second goal should have been disallowed because 2 Argentina subs stepped onto the pitch to celebrate just before the ball crossed the line.

To the letter of the law perhaps, but it is far too insignificant to be within the remit of the VAR. pic.twitter.com/ZyL5c2k9eJ

French newspaper L'Equipe mentioned the International Football Association Board's Law 3, paragraph 9, which includes that the referee must disallow the goal if a substituted player was on the field of play when the goal was scored.

Marciniak responded to the criticism in a unique manner.

He pulled up a screenshot on his phone that showed seven French substitutes had entered the field while they were celebrating one of Mbappe's goals.

Szymon Marciniak, the referee for the World Cup Final, has responded to @lequipe’s criticism that Lionel Messi’s second goal shouldn’t have counted:

"The French didn't mention this photo, where you can see how there are seven Frenchmen on the pitch when Mbappé scores a goal.” pic.twitter.com/MW6y73iiLN

"The French didn't mention this photo, where you can see how there are seven Frenchmen on the pitch when Mbappe scores a goal," Marciniak said as he held up the phone while speaking to reporters.

Marciniak's comments came after a petition, asking the final to be replayed due to officiating errors, was launched. The petition has so far crossed 220,000 signatures.