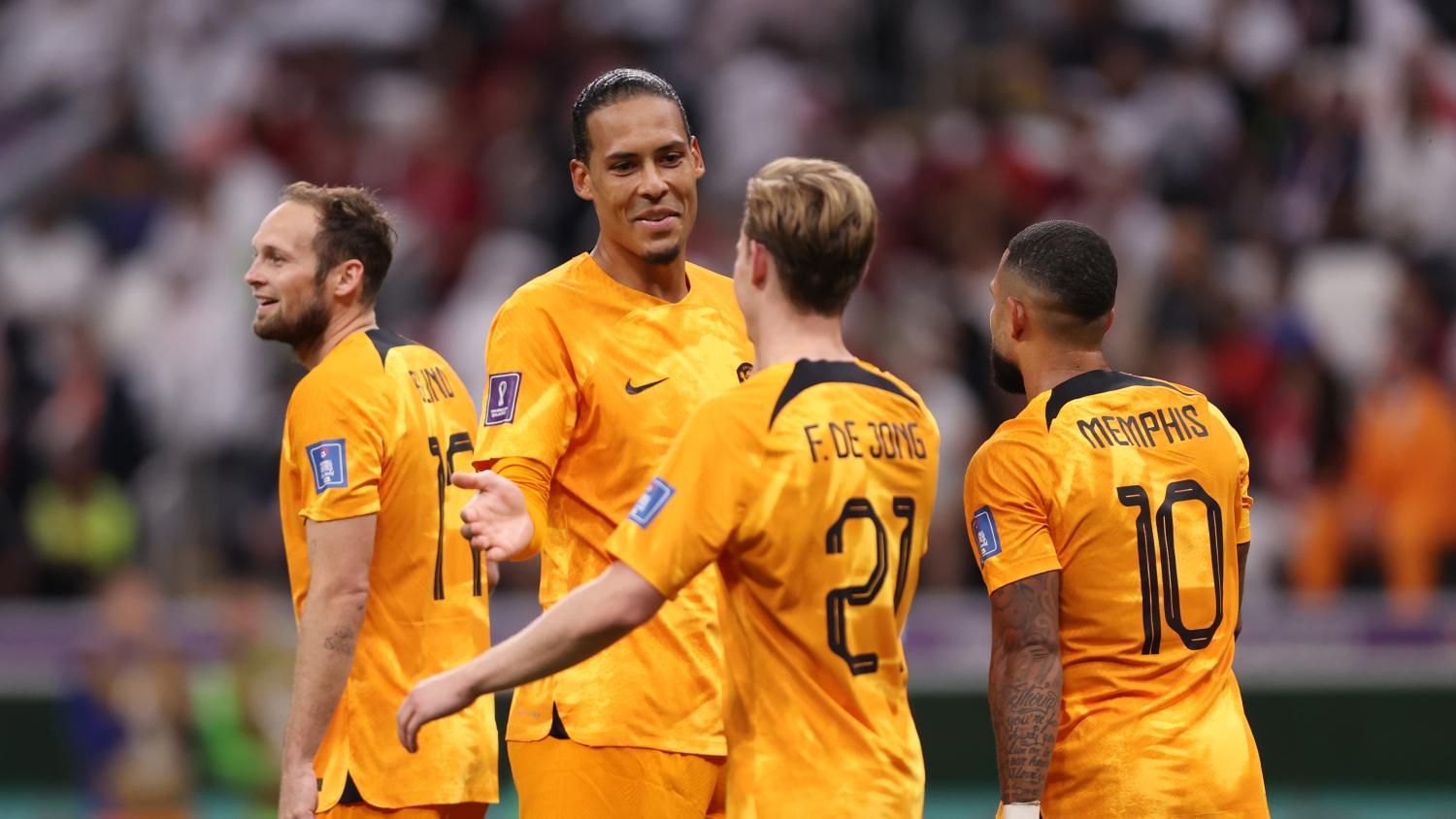 Dutch big predictions have not been matched by performance.
Getty Images

DOHA - After much posturing, the Netherlands now need to deliver if they are to fulfill their own prophecy at the World Cup, starting with the opening clash of the knockout stage against the United States on Saturday.

There has been much talk — all from the Dutch camp — of the team's potential to go all the way in the tournament in Qatar, principally from veteran coach Louis van Gaal, who enjoys a little mental coaxing and sparring.

But although they won their first round group, there was little evidence to back up their self-confidence as they stuttered through against Senegal, Ecuador and the Qatari hosts. That will offer hope to the Americans, who will be underdogs for their last-16 clash but who have already offered up some proof of their potential in an unbeaten run in Group B, with draws against England and Wales and a gritty win over Iran to ensure their progress.

While the U.S. sweat on the fitness of star player Christian Pulisic — he has a pelvic injury and is being assessed daily, said the U.S. Soccer Federation — coach Gregg Berhalter said his team would have no inferiority complex at the Khalifa International Stadium on Saturday.

"It's a great opportunity, but it's not something that we're going into it thinking is an honor," Berhalter said. "We deserve to be in the position we're in. And we want to keep going. We don't want to be going home on Saturday."

"And from here anything can happen. All we need to do is play one game at a time. There's no need to even project how far this team can go,” added Berhalter, who has an intimate knowledge of Dutch football. The 49-year-old played in the Dutch league for three different clubs between 1996 and 2000.

For the Netherlands, key will be to get Memphis Depay firing in attack and Frenkie de Jong more influential in the middle. Van Gaal has described them both as indispensable to the Dutch cause but they have not yet shown that. Depay says he is over his hamstring injury, having made two substitute appearances and started their last group game.

“I have drawn a line under the questions about fitness,” he told reporters. “I'm fit. The knockout phase is serious business. We are past the group phase, we can now not afford to slip into it. Many people thought it would be a piece of cake, but it is always a bit different.”

The 71-year-old Van Gaal was keen not to underestimate the opposition.

“I know from experience that matches against countries such as the United States and Australia, who we encountered at the 2014 World Cup in Brazil, are always very difficult,” he said. “They are very fanatical and sharp on the ball.”

The winner of the match will advance to a quarterfinal meeting with either Argentina or Australia on Dec. 9.