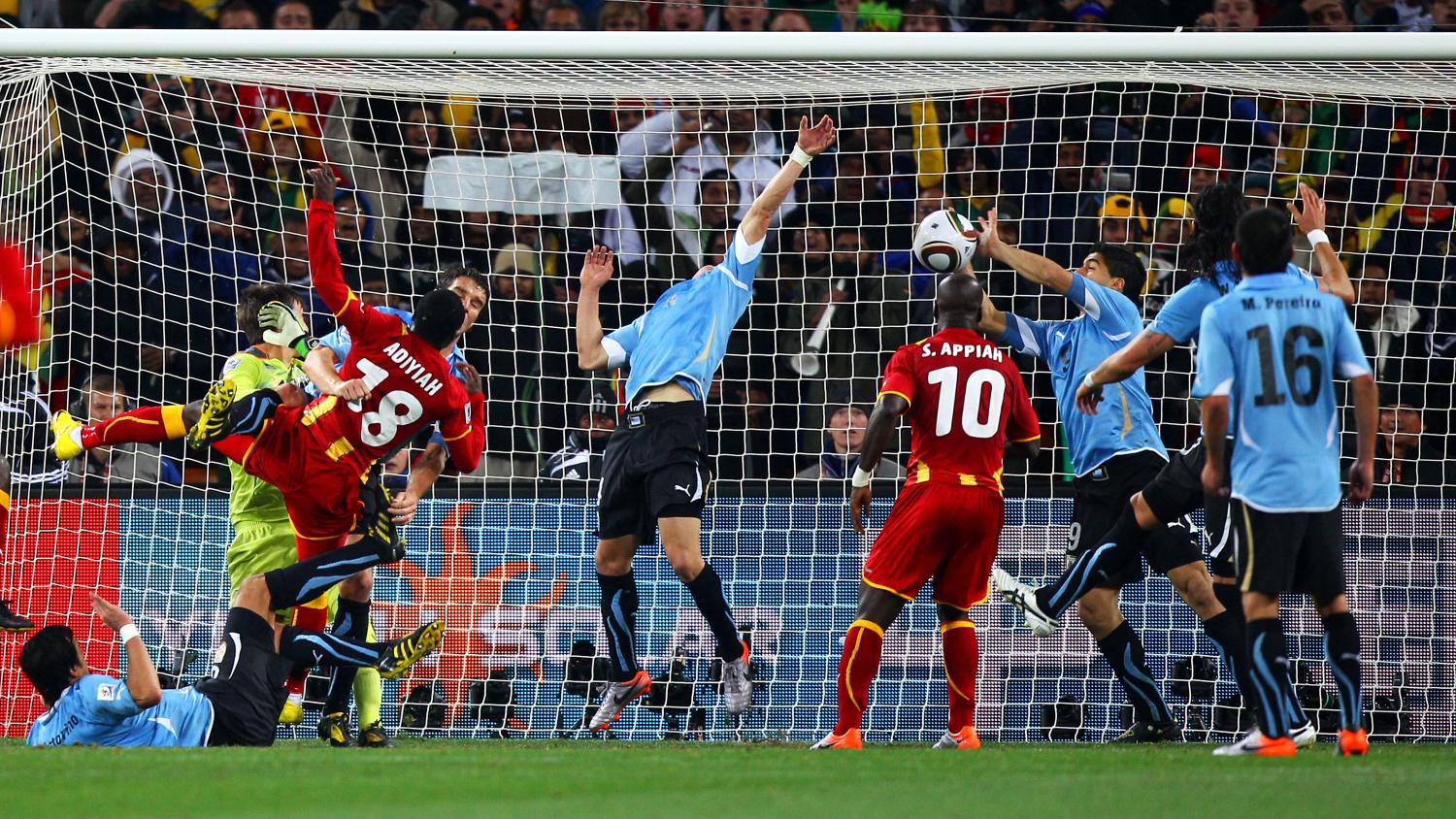 AL RAYYAN, Qatar - Uruguay's Luis Suárez refused to apologize to Ghanaians on Thursday for his role 12 years ago in their biggest World Cup setback, arguing it wasn't his handball that denied Ghana a quarterfinal winner but their missed penalty that followed.

A win for Ghana against Uruguay in Friday's final Group H match could avenge their acrimonious defeat by the South Americans in 2010, when Suárez used his hand to block an extra-time winner for Ghana, who missed the resulting spot-kick and lost the penalty shootout that followed.

A reporter asked Suárez if he would say sorry to a nation that considered him "El Diablo," or "the devil himself."

"I don't apologize about that ... but the player is gonna miss a penalty," he said, responding in English. "Maybe I can say (I) apologize if I injure the player and take a red card. But in this situation I take a red card and the ref said penalty. This is not my fault because I didn't miss."

"It's not my responsibility to shoot the penalty," he added.

"It's not my fault...I didn't miss the penalty"

Uruguay's Luis Suarez hits back at a reporter who asked if he's ever considered apologising for his infamous handball in the 2010 FIFA World Cup quarter-final against Ghana. pic.twitter.com/xZkWdYQBN0

Bitterness remains entrenched among fans in Ghana over the incident in Johannesburg, which denied Ghana the accolade of becoming the first African country to reach the World Cup semifinals. A win in Al-Wakrah will see Ghana advance to the last 16, but they could still go through with a draw if Portugal, who have already qualified, beat South Korea.

The Ghana team seemed less interested in casting Suárez as a villain, however, and said Friday's match with Uruguay was not about revenge.

"What happened some years ago will be always history that is in our mind. But this is a totally different game," said Thomas Partey, a midfielder with English club Arsenal.

Exasperated by a succession of questions about Suárez, coach Otto Addo said the public saw the game as a chance to settle scores, but for his side it was only about qualification. Referring to the Suárez handball, he said the 2010 defeat was a very sad day for Ghana but teams needed players who can make sacrifices.

"It's all about perspective. If the same incident would have happened the other way around and Ghana would proceed to the semifinals, everybody would say OK, it's normal that a player will do anything he can," he said. "This is what I wish from every player, to do all he can to help his team qualify to serve and sometimes sacrificing himself with a red card."

This is Luis Suárez's story about that handball. pic.twitter.com/uAxD1ZSsWB