It's Official: Cody Gakpo is the James Rodríguez of 2022 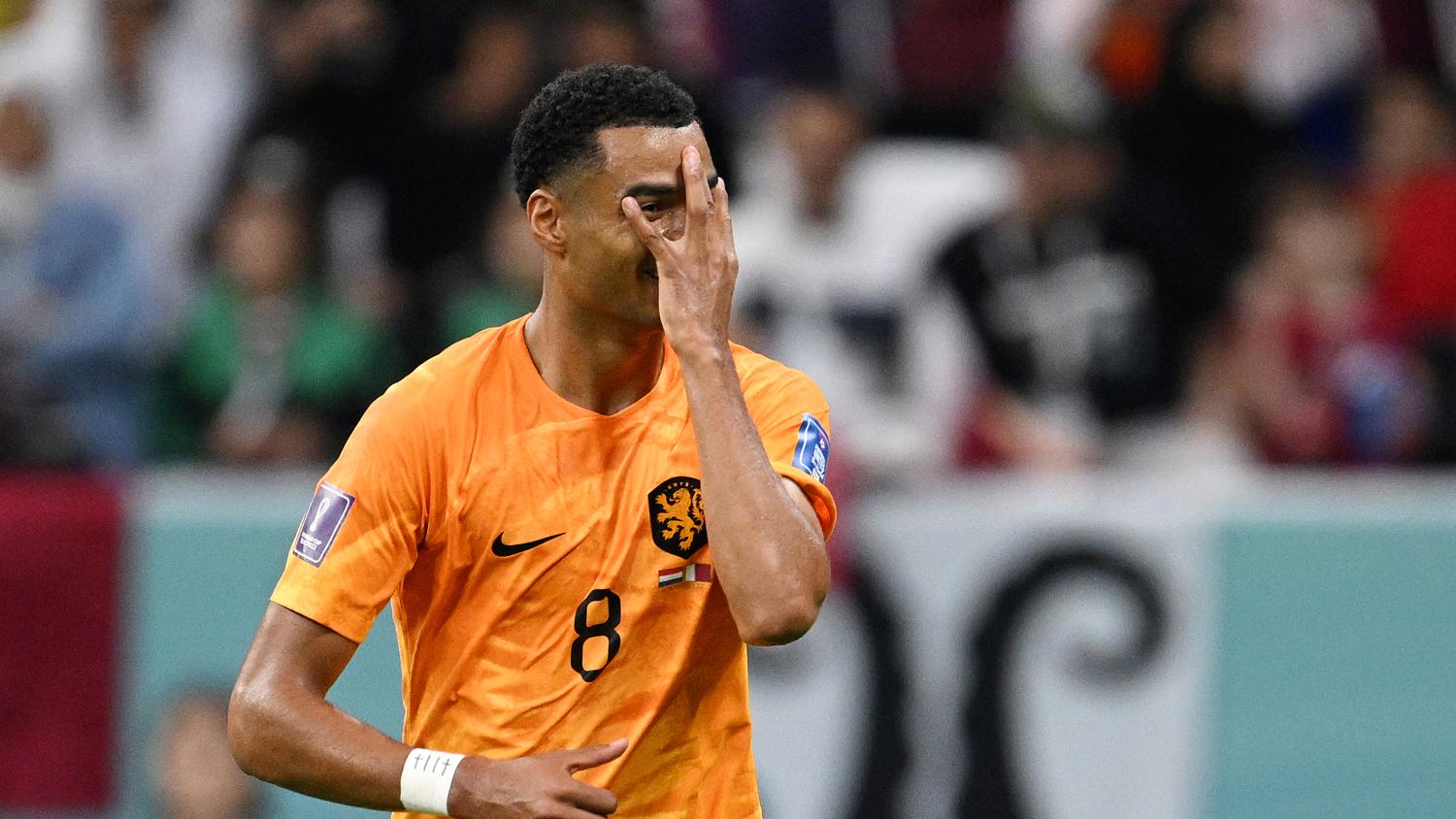 This year's breakout star, Cody Gakpo, has announced himself with a third goal in three games for the Netherlands.
Getty Images

The magical nights of Cody Gakpo just keep getting better and better. His consistency has evoked memories of another World Cup hero who has been the benchmark for World Cup performance since 2014. James Rodríguez’s magical tournament saw him score six goals in five games including one in each of his group stage matches.

Gakpo has followed suit for the Netherlands, scoring at the same rate in Qatar this year. Rodríguez’s month-long spell in Brazil changed his life ahead of his move to Real Madrid, could we see the same happen with Gakpo in 2022?

GAKPO DOES IT AGAIN

He now has 3 goals in 3 games for the Netherlands pic.twitter.com/UolQaLqSck

Since Holland’s opening match, Gakpo has been grabbing headlines as the outlet for a side that has struggled to turn possession into chances. His creativity and skill are evident to anyone who has had the pleasure of watching him play. His form is also no mystery as he came into the tournament with 13 goals and 17 assists in all competitions for his club PSV this season.

Header vs. Senegal ✅
Left foot vs. Ecuador ✅
Right foot vs. Qatar ✅
Cody Gakpo can score them all pic.twitter.com/mHTQ6tGyrh

At just 23 years old, he's still very young and is roughly the same age as the aforementioned Rodríguez was in 2014. In the 2013-14 season before the World Cup, the Colombian tallied 10 goals and 14 assists in all competitions for Ligue 1 side AS Monaco. Gakpo has already beaten those figures in 14 fewer appearances.

While not directly comparable due to the two playing in different leagues in different eras, the feat remains no less impressive. The Eredivisie has a long history of giving immense young talent their break before shipping them out to bigger clubs across Europe, and this World Cup has provided Gakpo with the perfect opportunity to be the next. The Eindhoven native has grabbed his chance with both hands and ensured PSV will be offered massive sums for his services in the coming months.

With the comparisons to the brilliance of Rodríguez, it’s only fair to also look at the struggles he's faced as well. His €75 million transfer to Real Madrid brought with him lots of expectations which perhaps was unfair in hindsight. A five-game sample size of genius was thrust upon a player whose resume was good but not spectacular. He was expected to walk into a Real Madrid side fresh off a Champions League victory and improve his goal-scoring record while sharing the spotlight with Cristiano Ronaldo, Karim Benzema and Gareth Bale.

In four years with Los Blancos, the Colombian contributed 37 goals and 42 assists in 125 appearances. But his injury record held him back and turned him into a bit of a journeyman, moving to Bayern Munich, Everton, Qatari side Al-Rayyan SC and most recently, Olympiacos in Greece. So it’s fair to say that his career has not panned out exactly as many would have expected during that beautiful month in Brazil.

So does Gakpo have what it takes to be different?

He's about to get PAID pic.twitter.com/CXdlWDiEmh

The 23-year-old has hit double figures for both goals and assists for the past two seasons and has shown with his Dutch side that he has the ability and confidence to walk into a squad full of superstars and still grab the headlines.

We don’t know if he’ll become the next big thing, nobody does, but he’s been a dream to watch for the Dutch in Qatar. He’ll have attention from bigger clubs and deservedly so. He’s been the difference for his national team and their continued success in the tournament will only help his stock rise.