Only NWSL Coach To Survive 2021 Suspended Amid NWSL Abuse Investigation 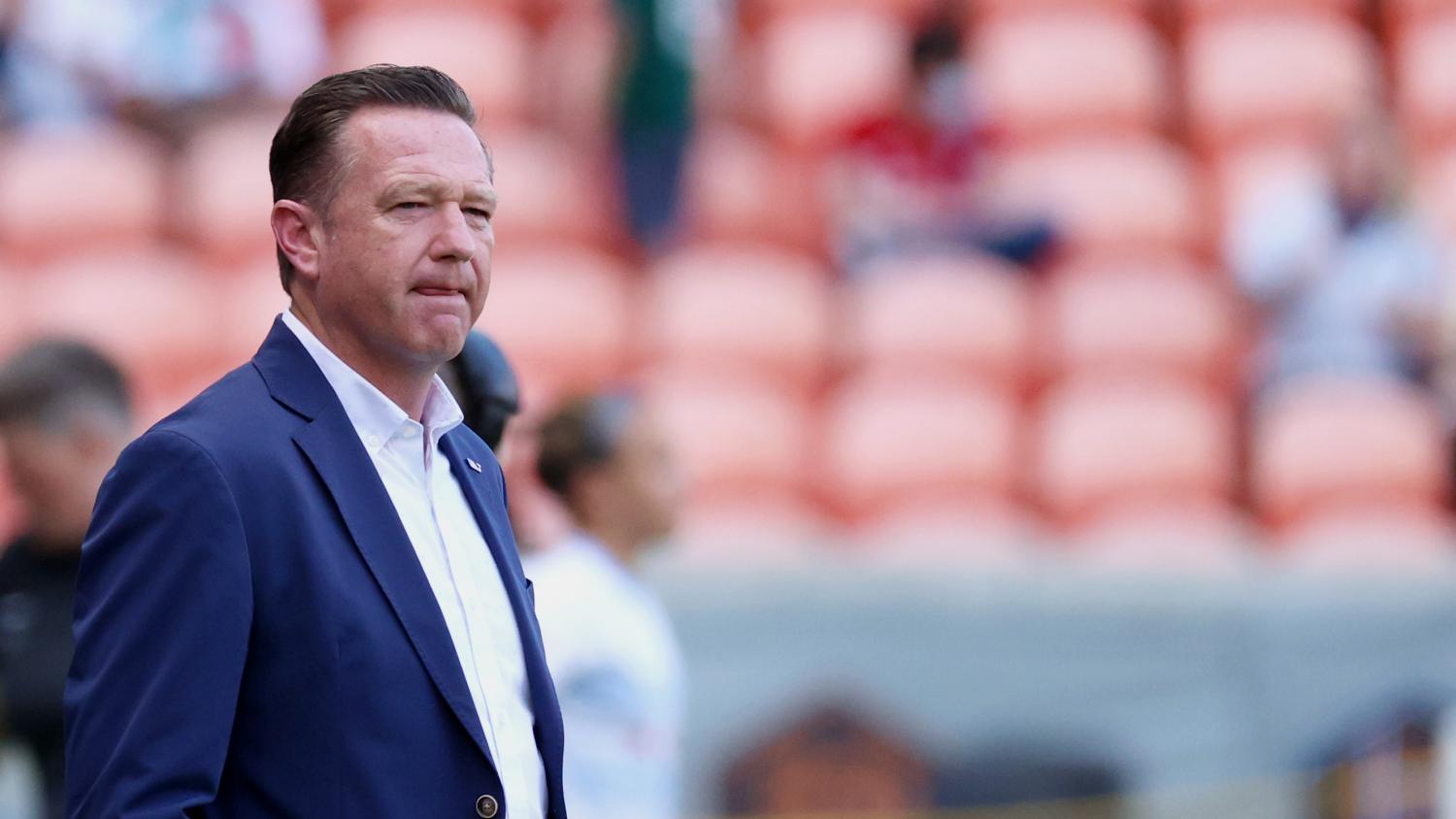 Houston Dash head coach and general manager James Clarkson, the only NWSL head coach who was around at the start of 2021, is on his way out. The NWSL’s investigation into league-wide harassment and abuse recommended Clarkson’s suspension, and the Dash immediately obliged Tuesday night.

Clarkson’s departure makes it a perfect 10 for 10 in NWSL clubs replacing their coaches since the start of 2021. Nine of the 10 clubs that existed before 2022 had a coach or administrator leave under suspicions or accusations of abuse, harassment, bullying or discrimination.

If we were playing NWSL abuse bingo, we’d all have completed a blackout by now.

The suspension comes from the league’s Joint Investigative Team, which is separate from the Sally Yates investigation initiated by the U.S. Soccer Federation to probe systemic abuse in women’s soccer. Both investigations are ongoing.

“As it relates to this particular situation, I want to thank the individuals who brought their concerns to the Joint Investigative Team, as well as Ted Segal, Jessica O’Neill and the Dash organization for taking swift action, and for their cooperation with the Joint Investigative Team’s recommendation,” NWSL commissioner Jessica Berman said in a statement. “I want to thank the players and staff throughout the league who have participated in the overall investigation thus far, and assure them, as well as our fans and partners, that we will deliver on our promise to create a workplace where players and staff are empowered to succeed in a healthy and safe environment.”

Currently, the Dash, NWSL and NWSLPA have not stated what Clarkson has been suspended for, other than to say it is in relation to the review of current and past complaints of “discrimination, harassment and abuse.” (Unfortunately, my hometown’s newspaper, the Houston Chronicle, doesn’t put enough resources toward soccer and couldn’t even delegate a reporter to the story as of Wednesday afternoon.)

Clarkson was hired by the Dash in Dec. 2018 and won the club’s only trophy, the 2020 Challenge Cup. Houston remains without a single playoff appearance in club history, so the Dash will probably be better off with a fresh start finding a new coach and general manager.

“Players made a promise to ourselves and future generations to transform our league — not through words, but with our actions,” NWSLPA executive director Meghann Burke said in a statement. “This shows that our joint investigation is doing the work of systemic transformation. The work continues, and we commend Players for speaking up and speaking out.”

NWSL and NWSLPA have issued a joint investigation update.

Last fall, the NWSL faced a reckoning as players were finally listened to when they spoke out about abusive behavior of coaches. In large part thanks to excellent reporting from people like Meg Linehan, Katie Strang, Molly Hensley-Clancy and others, the league began attempts to weed out the bad actors.

And there was a lot of weeding to do.

Here’s a brief rundown of how every club has been affected by abuse and harassment scandals. (For more information, click here.)

The Orlando Pride are the only team without a public abuse scandal, with coach Marc Skinner having left after failing to produce a winner out of stars like Marta, Alex Morgan, Sydney Leroux, Ashlyn Harris and Ali Krieger. Skinner made questionable comments about women’s footballers receiving equal pay, suggesting they should play for the love of the game, not money, but there are no public allegations of abuse or harassment against him. (Skinner currently has Manchester United on pace for another fourth-place finish in the FA WSL.)

At least the two new expansion teams in 2022, Angel City FC and San Diego Wave, haven’t had an abuse scandal, yet.

One hopes this is the end of the extensive list of coaches and administrators who have been accused of committing abuse or harassment, but given the systemic rot already found, there are likely more allegations coming.

Back in Novemeber when the Dames accusations first came to light, I wrote the following:

At this point, Houston Dash coach James Clarkson, hired in 2019, has to be thinking either he’s next or he’s the one good guy left in the entire damn league. The new longest-tenured coach in the league has just over a month to be the only NWSL coach to survive the entire calendar year.

Clarkson survived the calendar year, but not much longer.