We Went To BlazerCon. It Was Fascinating. The Future Of Soccer Is Bright 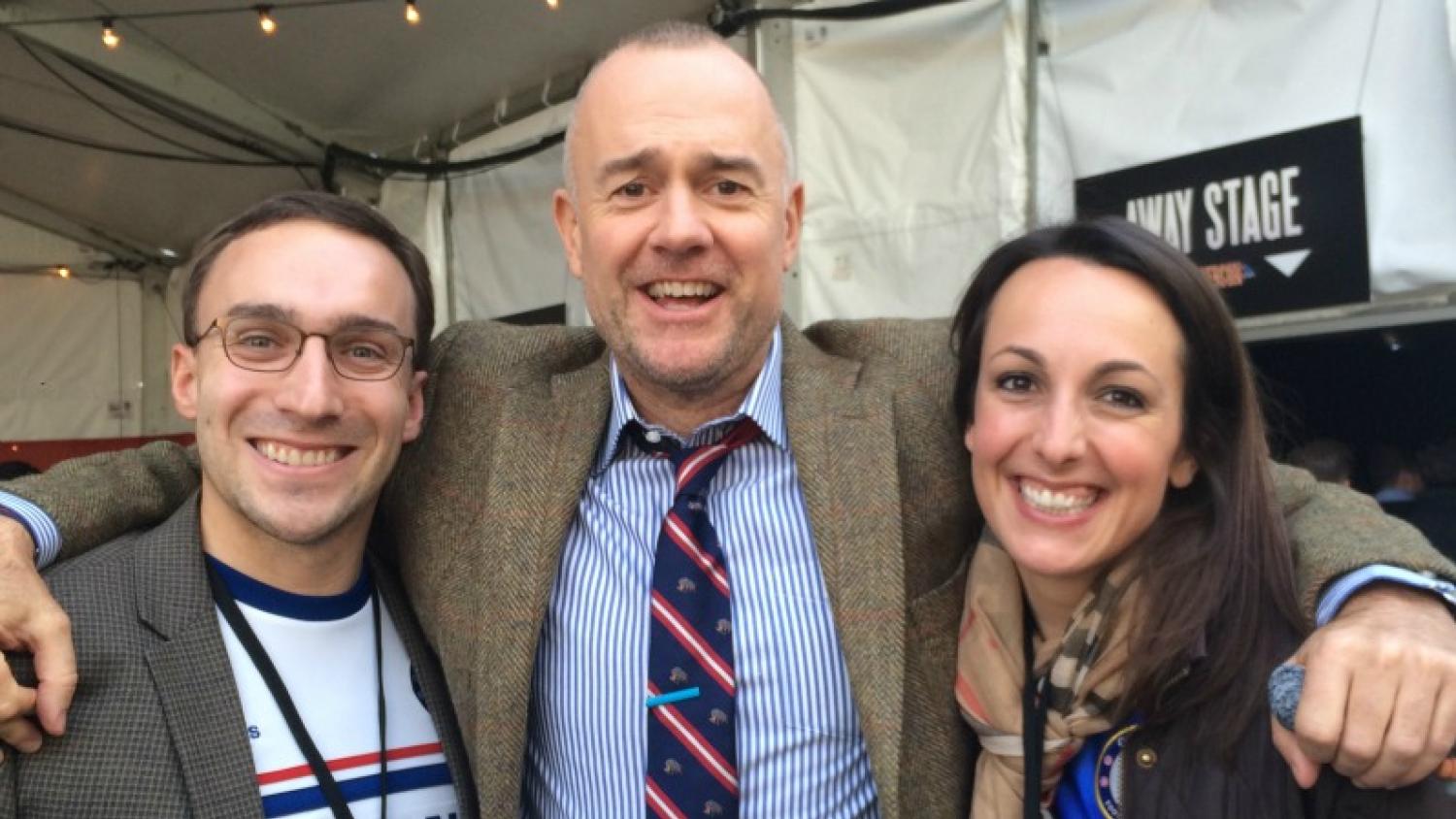 There was beer. There was pie. But mostly, there was soccer. This past Friday & Saturday, soccer fans from across the United States descended on Brooklyn for the first (but hopefully not last) BlazerCon, hosted by Men in Blazers’ Roger Bennett and Michael Davies. Your humble correspondent made the trek from Washington DC up to New York to witness the festivities and bask in the greatness.

When BlazerCon was first announced, I immediately wanted to find a way to get there but I was skeptical as to how I could make it happen. The tickets, while comparatively priced to other events of its kind, were not exactly cheap. It also would require traveling to New York City. But there was a bigger issue: it was also the weekend of my one-year wedding anniversary. How could I dupe… I mean convince…my wife that attending a two-day soccer conference was the most romantic way for us to spend our anniversary?

Turns out, it was not difficult at all. Beer and meat pies are just that romantic apparently. Almost immediately after I told her (mostly jokingly) that we should go, we were having a few cocktails on the deck of our new house and my beautiful wife Regina said, “you know, we should go, it would be fun.” I immediately grabbed the laptop and bought the tickets before she came to her senses. Which just goes to show gentlemen, there is never any harm in asking for things; you never know what they’ll agree to. Especially after a few drinks. I’m not sure what else to say, but, love won.

BlazerCon was held at the Brooklyn Expo Center and the set up was magnificent. From a Tweed Mini Cooper to an entire room filled with TVs set up to play FIFA 16 on Xbox One, to a Freemans Sporting Club booth where you could buy your own blazer, the Men in Blazers’ brand and the love of soccer was on full display. And of course, there were multiple bars surrounding a beer garden with Guinness flowing. If you grew tired of the standard stout (if that is even possible), you could change it up...with a Guinness Nitro IPA or a Guinness American Blonde. It was all one could ever need. 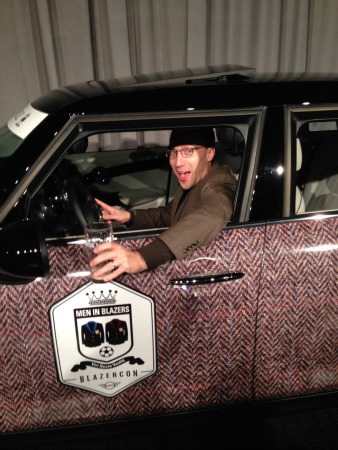 The event kicked off in fine style on Friday evening with an interview of Premier League Executive Chairman Richard Scudamore conducted by NBC’s Rebecca Lowe. Scudamore and Lowe discussed his vision for the future of the Premier League as it continues to further expand its brand globally. Of particular interest to American fans, Scudamore discussed the intense resistance he faces from British fans towards the idea of adding the “39th game” to the Premier League season in locations around the world, including the United States. Based on his tone and the complexities of the situation, we Yanks will likely have to continue to make the trek to England or content ourselves with the International Champions Cup here at home. 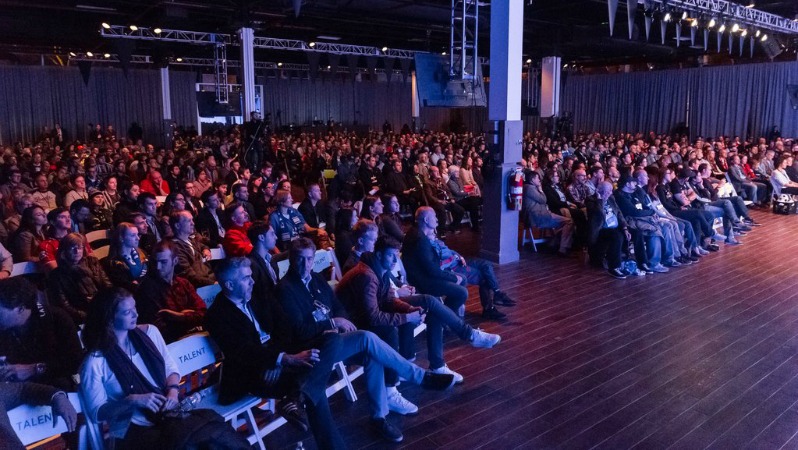 A rapt audience for the festivities. Photo: @MenInBlazers | Twitter

After a break in the live events to scarf down delicious meat pies and watch the U.S. Men’s National team dominate St. Vincent & the Grenadines, the Men in Blazers then took the stage for a live show with former Leyton Orient owner Barry Hearn. Hearn...is quite a character. He presented his ten life lessons that he learned from owning a football club, including how to keep your heart separate from your wallet. The event went late into the evening and many Guinnesses were had by all. 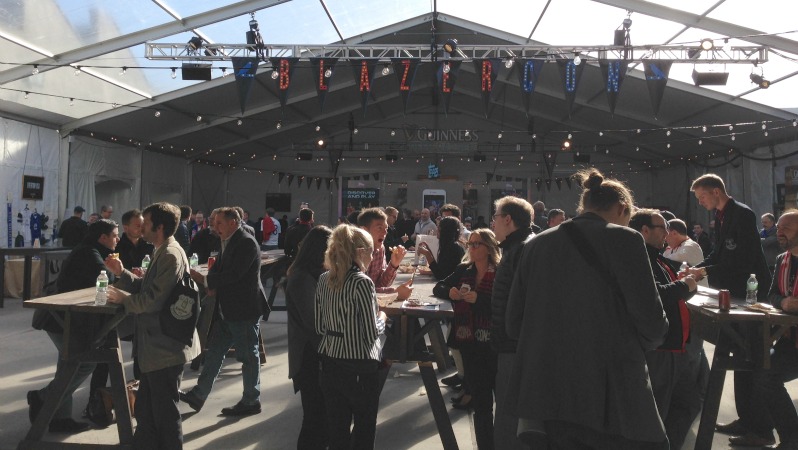 The next morning, the day started early with an interview with MLS Commissioner Don Garber, followed by Liverpool Chairman Ian Ayre and Liverpool super fan John Green (yes, the author John Green) discussing the red club from Merseyside, before Everton manager Roberto Martinez talked about how the club managed to hold on to John Stones this summer. Throughout the day, which lasted for over 12 hours, there were multiple panels on two different stages, each of which provided incredibly interesting information about the direction of the game, not only in this country but across the world. The general theme was about expanding brands, whether it was the Bundesliga, individual clubs such as Liverpool, or MLS. Each individual had their own unique perspective and plan for the most effective way to achieve that goal. For any fan of the game, it was absolutely fascinating. 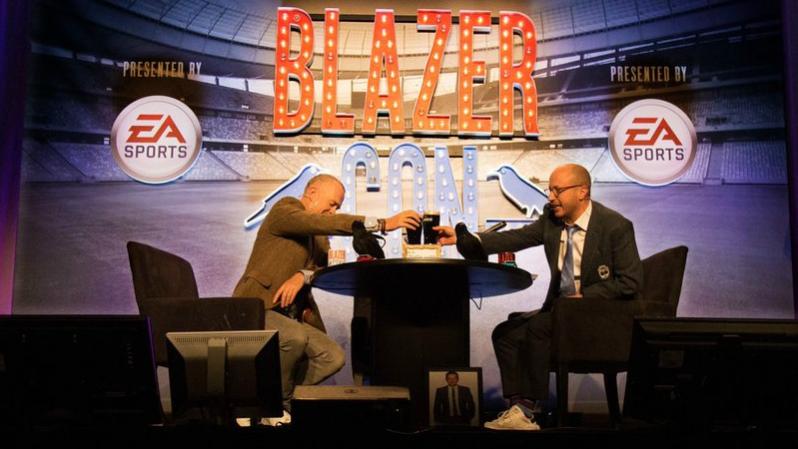 The other incredible thing about the event was how nice and generous with their time each of the panelists was throughout the day. As a result, with pretty minimal effort, I was able to meet Rebecca Lowe, Alexi Lalas, and Jeff Mostyn, the chairman of Bournemouth Football Club. Each of them was exceedingly friendly, meeting the fans, taking pictures, signing autographs, and they all looked really happy to be there. 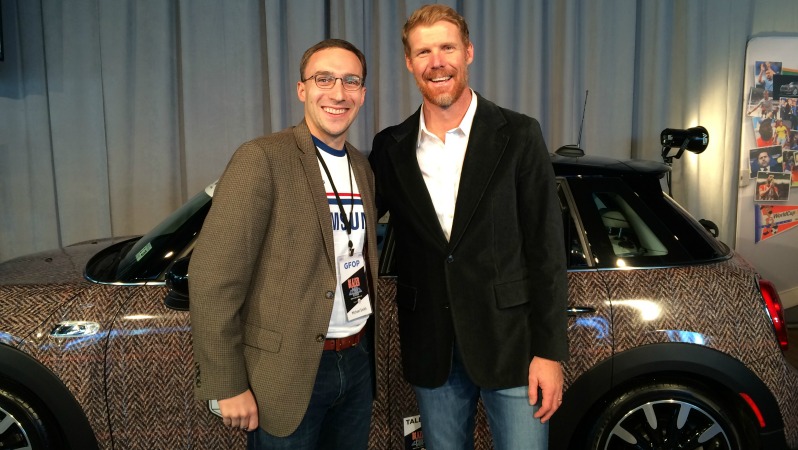 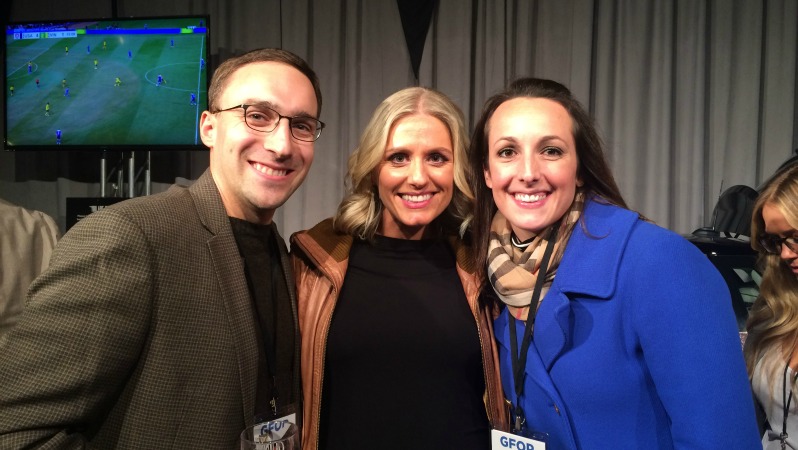 The highlight for me was meeting Michael Davies. As the Chelsea fan of the Men in Blazers duo, I naturally always aligned myself with him. My wife and I were walking over to hear Southampton Chairman Ralph Kruger speak, when we saw Davies standing just outside the entrance to the second stage.

My wife and I were wearing our Chelsea jerseys and Davo walked up, put his arm around us and said “it’s going to be ok, we’re going to let someone else win the league this year. We’ve won so much recently, it’s someone else’s time.”

We then proceeded to talk about Chelsea for a few minutes before he had to run to get back on stage. It was an unbelievable experience. I later saw Roger Bennett and wanted to have a chat with him as well, but it was in the public bathroom. Probably not the ideal time to get a picture, so I just smiled and nodded at him. 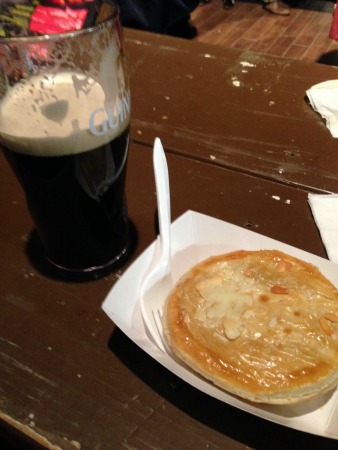 Overall, it was an incredible weekend. I could not help but be overwhelmed throughout the weekend at the joy shown not only by the speakers, but the fans. Maybe it is because I was there or maybe it is because I’m a jaded, beat-down D.C. sports fan, but I just do not see that level of passion and commitment for many of our American franchises.

As a dedicated soccer fan, it was encouraging to see so many people express their love of the beautiful game and it gave me great hope for the future of this sport in our country. Hopefully this will be the first of many BlazerCons to come and I certainly hope to make it an annual pilgrimage to celebrate our anniversary. Convincing my wife of that may require more than a few drinks…

The BlazerCon recap show airs on Tuesday, November 24th on NBC Sports Network at 11:00 p. m. EST. Check it out to see video highlights of all of the greatness.