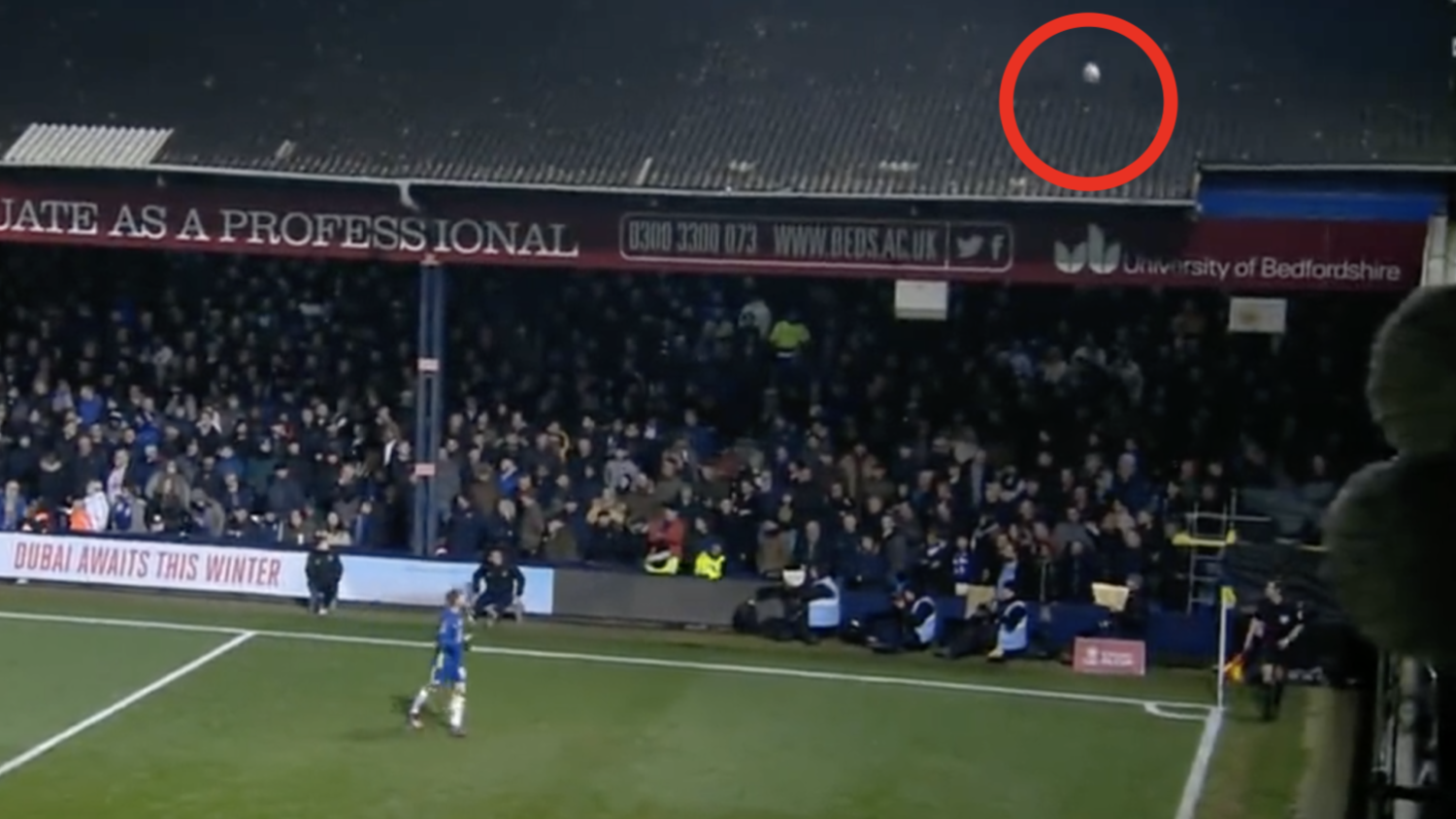 This guy is starting ahead of Pulisic?!
@ESPNFC | Twitter

Chelsea defeated Championship side Luton Town in the FA Cup fifth round 3-2 on Wednesday. The Blues had quite an interesting four-hour span as the players saw Roman Abramovich announce plans to sell the club, Luton Town give Chelsea a real scare and Mason Mount kick the ball on a roof.

In the second half with Chelsea trailing 2-1, Mount attempted one of the most god-awful crosses ever seen. Mount missed two sitters vs. Liverpool in the Carabao Cup final and is now having his finishing skills rub off on his crossing abilities.

This cross from Mason Mount ... pic.twitter.com/4MGQHxligU

Mount wasn’t the only player to have an off game. Kepa Arrizabalaga — who conceded 11 penalties in a row vs. Liverpool — picked up right where he left off and was scored on two minutes into the Luton Town game. To be fair there wasn't much he could do about this amazing header.

LUTON TOWN TAKE THE LEAD AGAINST CHELSEA IN LESS THAN TWO MINUTES pic.twitter.com/SVkRAYSOEC

Luton Town would go into the half with the lead after taking advantage of a rare counterattacking opportunity in the 40th minute. Harry Cornick was in one-on-one with Kepa, and the chance ended with the Spanish goalkeeper picking the ball out the back of his net for a second time.

LUTON TOWN ARE BACK IN FRONT! pic.twitter.com/izIePOzRux

The London giants were able to turn it around in the second half with Timo Werner getting a goal in the 68th minute and then assisting Romelu Lukaku 10 minutes later.

TIMO WERNER PUTS IT ON A PLATE FOR ROMELU LUKAKU.

The victory sees the Blues head to the quarterfinals. Chelsea has finished runner-up in the past two FA Cups.