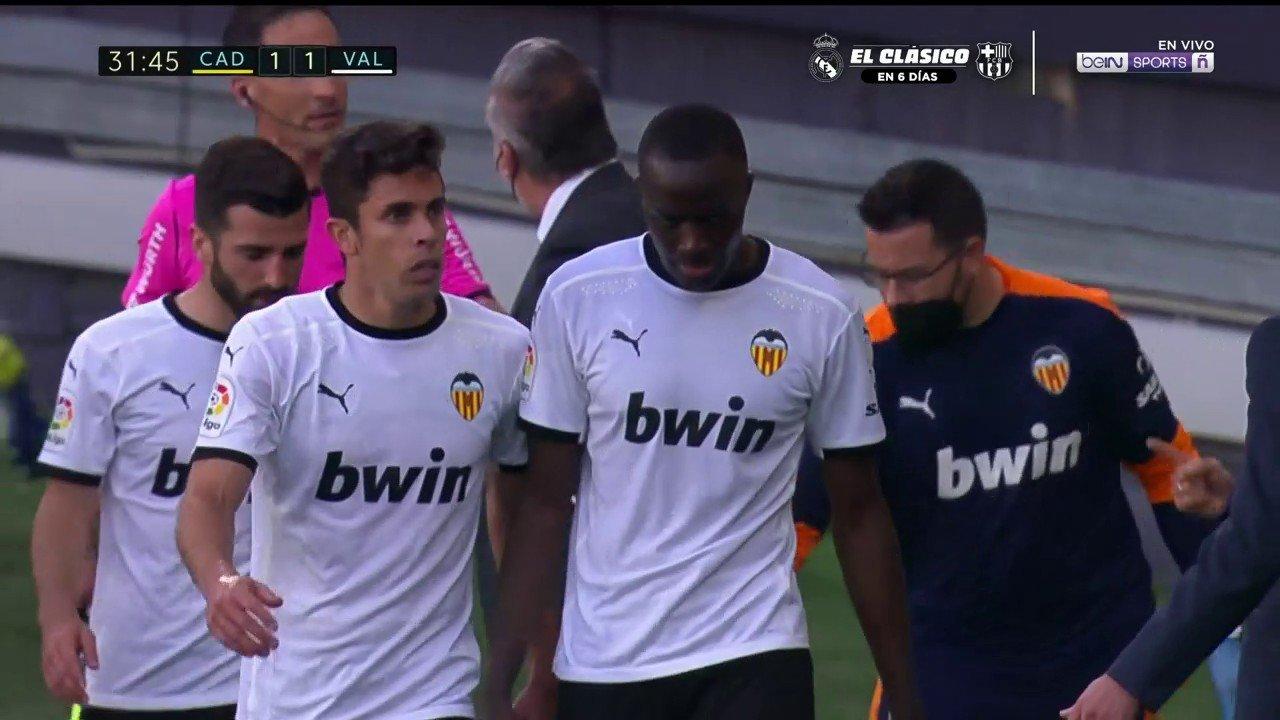 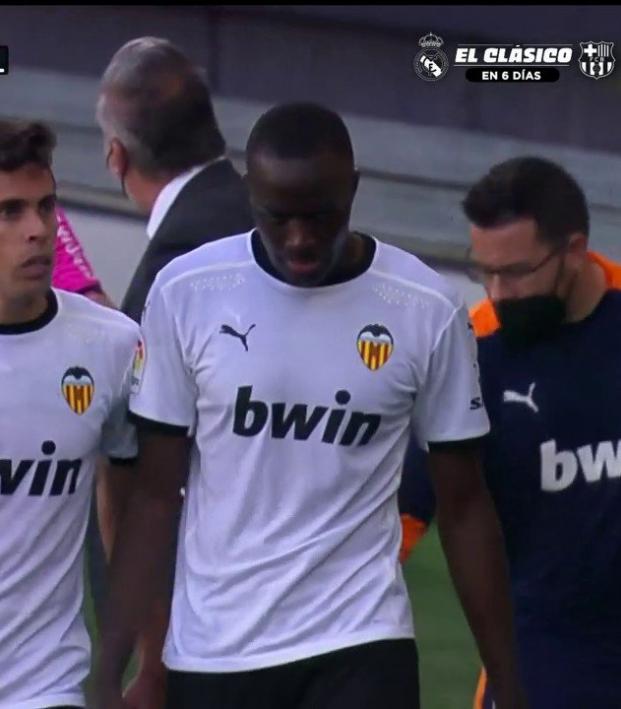 Connor Fleming April 4, 2021
The match would later resume without Diakhaby, who was substituted.

The event took place off the ball, but video shows Diakhaby confronting Cala before being restrained by teammate Kevin Gameiro and Cádiz’s Fali. Diakhaby was booked for his actions; Cala — who was already on a yellow — wasn't punished.

After explaining the situation to the referee and his teammates, the entire Valencia squad showed its support for Diakhaby by walking off the field in the 32nd minute.

Play would later resume with Diakhaby being replaced by Hugo Guillamón, but Cala remained on the pitch for Cádiz. According to Valencia’s Twitter feed, the 24-year-old Frenchman requested that his teammates continue without him.

The team have held a meeting and decided to continue the game, in order to fight for the honour of the club, but denounce racism of any kind.#CádizValencia

We offer our complete backing to @Diakhaby_5

The player, who had received a racial insult, requested that his teammates return to the pitch.

WE SUPPORT YOU MOUCTAR

Cala was then taken off at halftime, while Diakhaby could be seen watching from the stands.

Distressing and depressing to see Mouctar Diakhaby sat watching as Cádiz-Valencia continues. Whatever details emerge and whatever the decision-making process was it's hard to see how this was handled well. Stay off the pitch in solidarity and dare the league to punish you for it.

According to Valencia captain José Gayà after the match, the team only returned at the behest of Diakhaby after officials had threatened to take away three points from Valencia and possibly even more.

"Diakhaby told us he heard a racist insult so we all went off the pitch. We were told that we had to play because if we didn't they would take the three points off us and maybe we'd be docked more points," Gayà told Spanish network Movistar. "Diakhaby asked us to play on, we wouldn't have done so if he hadn't done so. He said he wasn't in the right state of mind to keep playing. He is devastated.

“It was a very ugly insult which I won't repeat. We haven't been able to speak with Cala because he was the last player to leave the pitch. I'm certain that he said something. It was a very strange game."