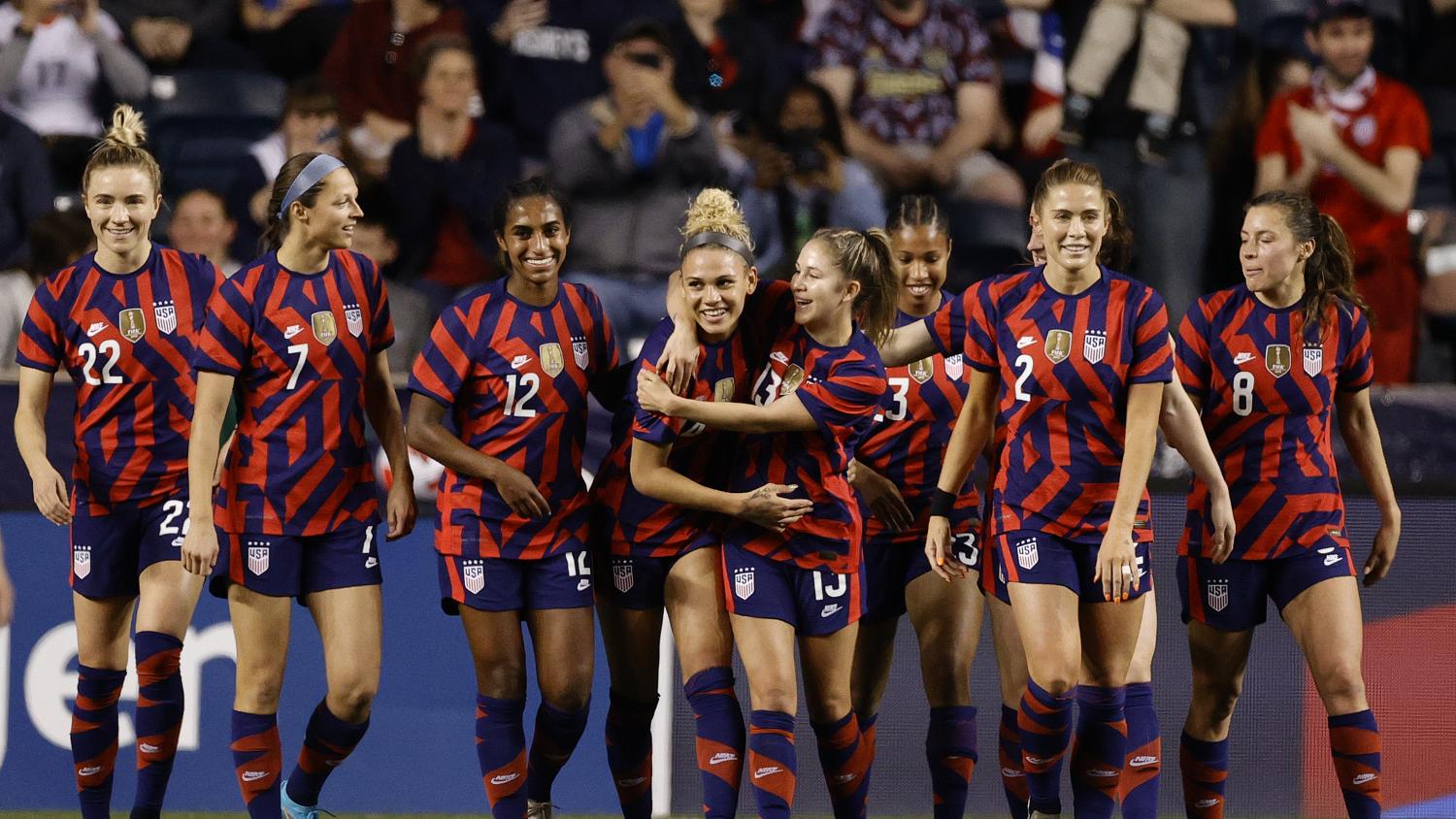 Before the Concacaf W Championship, the U.S. women will host a pair of friendlies against Colombia.
Getty Images

The biggest event on the USWNT’s calendar in 2022 is the Concacaf W Championship in July, which serves as qualifying for the 2023 Women’s World Cup and 2024 Olympics. To prepare for the tournament in Monterrey, Mexico, the U.S. women are heading for the mountains.

U.S. Soccer announced the women’s national team will host Colombia in a pair of friendlies in late June to prepare for World Cup and Olympic qualifying. The USWNT will play Colombia on Saturday, June 25, at Dick’s Sporting Goods Park in Commerce City, Colorado, and on Tuesday, June 28, at Rio Tinto Stadium in Sandy, Utah.

We’re headed to the mountains!

Colombia, ranked No. 26 in the world, is the second-best team in CONMEBOL behind Brazil. Las Chicas Superpoderosas (the Powerpuff Girls) will provide similar competition to what the USWNT will face in the group stage of the Concacaf W Championship, in which the Americans will play Haiti (61), Jamaica (51) and Mexico (27) in the group stage.

Las Cafeteras will also be preparing for their Women’s World Cup qualifying tournament, which is incorporated into the 2022 Copa América Femenina. Colombia will host the tournament from July 8-30, with the top three finishers qualifying for the 2023 Women’s World Cup and the fourth- and fifth-place teams earning a place in the inter-confederation playoffs.

The USWNT, ranked No. 1 in the world, will be heavily favored in these two friendlies, but the point isn’t necessarily to play the best competition, it’s to play the type of competition the Americans will face in the Concacaf W Championship, and Colombia fills that role. Las Cafeteras have lost just once dating back to the start of 2021, winning five total friendlies against Ecuador (two), Chile and Uruguay (two), drawing against Argentina and Venezuela twice apiece and losing to 2-0 Mexico in Mexico City in September.

“Colombia has a good chance to make it to the World Cup and both teams will be in our final preparations for our qualifying tournaments, so I expect some highly competitive matches between players who are competing to represent their countries in some really important games,” USWNT head coach Vlatko Andonovski said. “When we get to Colorado, we’ll be coming off a stretch of more than two months that the players have been with their clubs and away from the national team environment, so we’ll be looking to get maximum value out of our last days and games together before we go to Mexico for qualifying.”

: @USWNT is coming to Colorado

At the Concacaf W Championship, the U.S. will play group-stage matches against Haiti, Jamaica and Mexico. The top two finishers in each of the two four-team groups will advance to the Women’s World Cup and to the knockout rounds of the Concacaf W Championship. From there, the winner of the tournament qualifies for the 2024 Olympics, while the second- and third-place finishers will face off in a playoff in September 2023 for Concacaf’s second berth to the Olympics.

The last time the USWNT played in the Denver suburb of Commerce City was a 5-3 friendly win over Australia in which Mal Pugh scored twice in front of her home state crowd in 2019. The team’s last visit to the Salt Lake City suburb of Sandy was in 2018, a 1-0 win over China.

For more on 2023 Women’s World Cup qualifying, including which teams are already qualified, click here.