The USWNT Has A Diversity Problem That Impacts All American Soccer 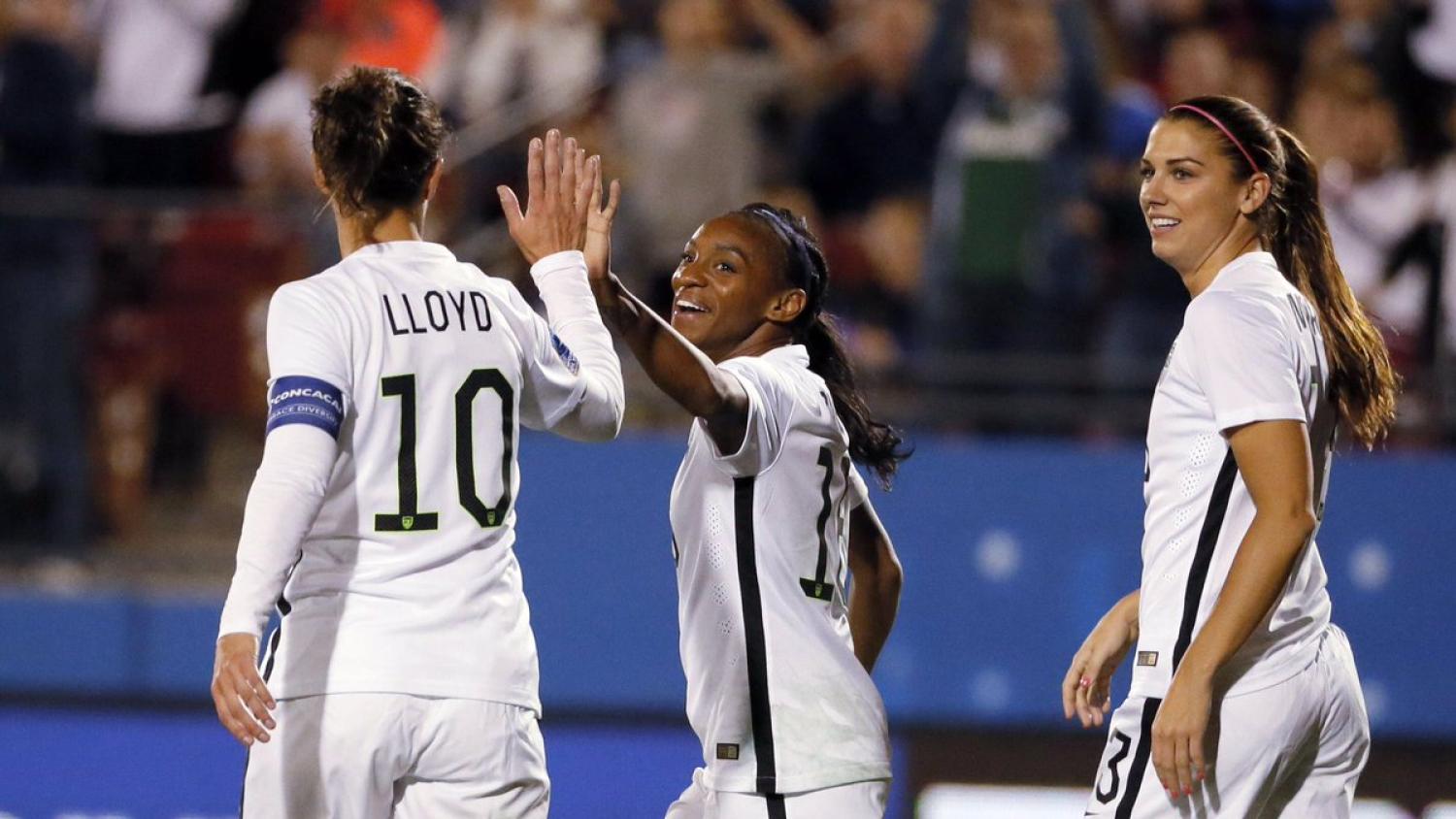 While there are many international players of different ethnicities, U.S. women’s soccer is mainly white. What’s the barrier in the USA?
@1_uswnt | Twitter

Is there a diversity problem in women’s soccer? As other sports have made strides to include players of all ethnicities, most youth, college and professional women’s soccer teams in the USA are still mainly comprised of white players.

This lack of diversity has led organizations to try and overcome the problem, and over the past few years, strides have been made to make the sport more inclusive, but it just doesn’t seem to have come far enough.

It’s hard to diagnose exactly why non-white women are not embracing the sport, but we do have anecdotal evidence that might lead to the exact cause — yet it shows that the rabbit hole goes deep. For example, a young African American player (age nine) was told by a referee that she couldn’t play a game in the American Youth Soccer Organization (AYSO) because of the beads in her hair. She was ordered to either take them out or not play.

While the intent might not have been meant to be racial, the fact that this girl’s hair was different says much about both her culture and her identity. As the girl’s mother said, this type of embarrassing situation could prevent her from wanting to play soccer.

This may be a single incident, but there is more evidence that many young African Americans feel like they’re on the outside when it comes to playing soccer. A recent guest post by DeVon Thompson on Soccer Politics illustrates some of the frustration for players of different ethnicities. Thompson was the only black player on a youth team and goes on to lay out her thoughts on the diversity problem:

(. . .) when it comes to sports in the U.S., black Americans have created their own spaces! If you look at the "Big 3" in the U.S. — football, basketball and baseball — there has always been a space for black people in each of them, for close to a hundred years. These spaces were created, sadly, due to segregation. But they became safe spaces, places for the black communities to gather and play and be spectators. The Negro leagues in baseball were the most organized, but such spaces existed in all of these sports. Within them, black Americans had their own corners to just be!

Soccer is different. White America has created its own space for the entire game. To me it feels somewhat like a twilight zone. (. . .)

Thompson is not alone in thinking there’s a barrier. According to a recent Washington Post article, there have only been 14 women players of color on the U.S. Women’s World Cup teams in 25 years. The article goes on to say that more than 50 percent of children playing soccer come from suburban families with an annual income of $75,000 or more. This leaves a lot of underserved communities out in the cold in regards to soccer.

These different issues combine to make, as Thompson says, an invisible barrier — a barrier hard to tear down or scale. Yet that doesn’t mean that we should give up and designate soccer as a “white” sport.

What Can We Do?

While there is no single solution, we should ensure that our soccer youth clubs are more open to diversity by actively recruiting players of all ethnicities and from all incomes to join them. People like to see others like themselves when they’re participating in any type of group activity, especially sport.

Soccer youth clubs need to make in-roads into urban areas. Suburbs may have more spaces that are better suited to play, but there are many indoor soccer teams in old warehouses or schools. These setups could be easily adapted to inner city neighborhoods.

We already have some amazing women of different races playing soccer — think of the amazing Marta of Brazil or Eniola Aluko of Chelsea Ladies or Crystal Dunn here in the USA. We need to celebrate these women as much as we do the Wambachs and Rapinoes of the world. Diversity benefits everyone. It’s time U.S. women’s soccer embraces it as well.