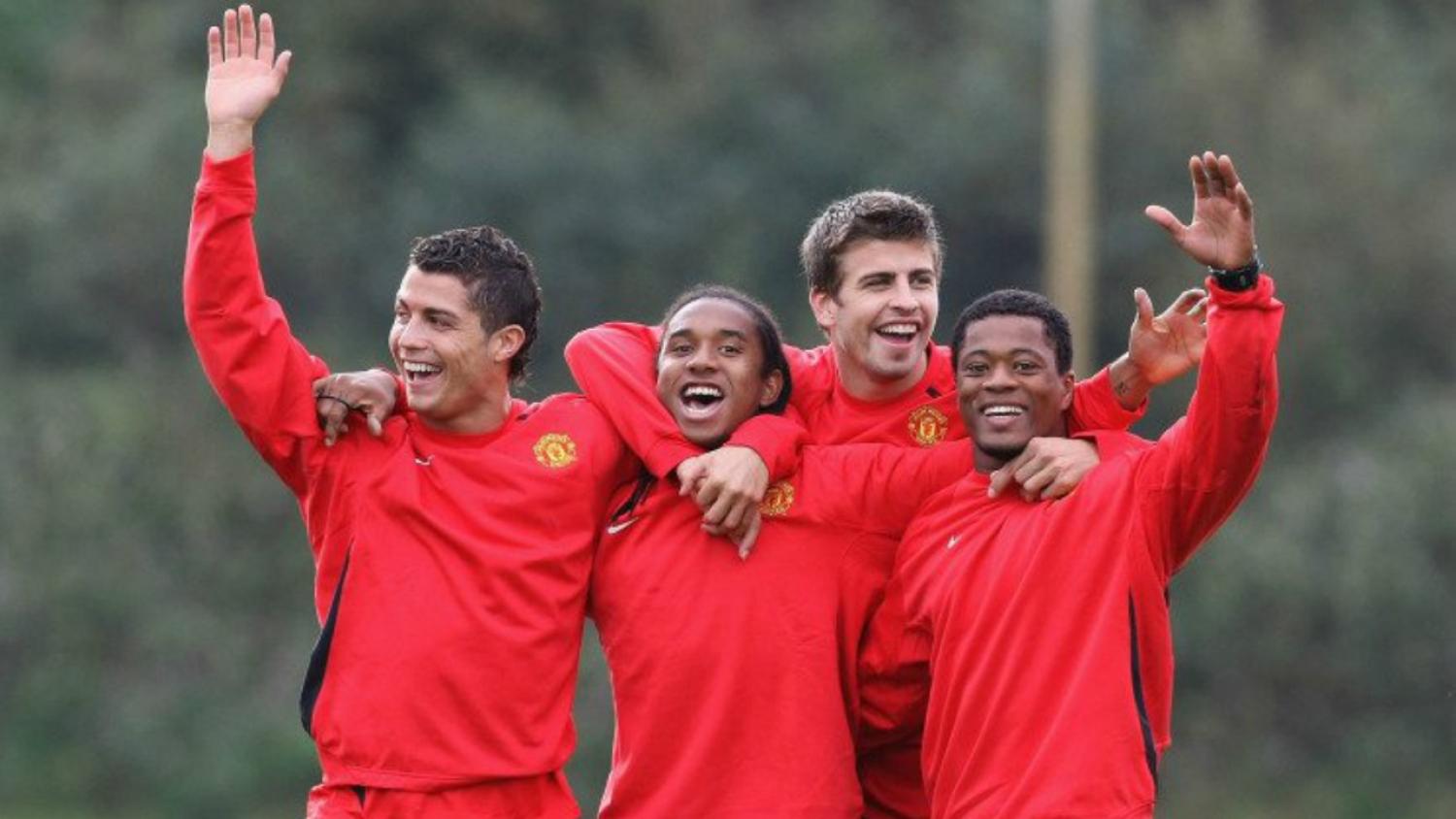 There was a time during Patrice Evra’s heyday at Manchester United when he was considered the best left back in the word. At 35-years-old, the Frenchman is no longer undroppable — he’s only made two appearances for Juventus this season — but he has managed to lay claim to a new title: soccer’s best Instagrammer.

Evra’s profile isn’t even six months old yet, but it already has a cool one million followers.

It all started June 2 when he posted his first photo; a portrait of himself in a France jersey ahead of last summer’s European Championships.

That post laid the groundwork for Evra’s growing social media legend. Current French and Manchester United posterboy Paul Pogba greeted his fellow Frenchman with a “Welcome to Instagram tonton @patrice.evra” comment. "Tonton" means "uncle" in French. Evra’s younger teammates affectionately call him Uncle Pat. Little did they know their uncle would take over social media like most uncles take over family gatherings after a few drinks.

With that said, here’s your one-stop guide to Patrice Evra’s Instagram.

Evra has a soft spot for furry creatures, but not the kind you’re thinking of. While most professional athletes use Instagram to show off their dogs, Evra shows off his love for primates. Yes, primates. Primates that like guns. Even primates that are featured on shirts.

Speaking of shirts, Evra has quite the collection of animal-themed shirts. A lion shirt, a panda shirt, a panther shirt and even a snake shirt.

If you want to be relevant online, you’re going to have to understand the power of the meme. And Evra is the GOAT of meme posting. He broke into the internet’s industry of graphic laughs with this gem: a Rush Hour 3 movie poster with the heads of himself and his best friend at Man United, Park Ji Sung, photoshopped onto the bodies of Chris Tucker and Jackie Chan, respectively.

There are also the slew of memes he re-posted of himself during Euro 2016, including a legendary one featuring a cameo from Cristiano Ronaldo.

But the cream of Evra’s meme crop was a faceswap of his aforementioned former United teammates Park and Ronaldo. Evra was searching for the perpetrator behind the face swap, but during his quest to find the suspect, he solved a mystery of his own: we now know that Ronaldo could seamlessly join any Beatles cover band. Merci, Uncle Pat. Merci.

Some people call Crossfit a cult. Uncle Pat calls it a lifestyle.

Just A big thanks to my crossfit coach RON winner of crossfit games master 2016 i love this game !!! Haahahah @ronmathews

Evra can speak five languages plus a bit of Korean. Talk about optimum fan engagement. He should probably start walking around to permanent background music to the tune of Johnny Rivers’ “Secret Agent Man”.

To most, Evra is an uncle, but to a select few, specifically his two kids, he’s a dad. And like all great dads, Evra goes above and beyond to make his kids happy.

If you’re ever in need of some inspiration or a simple pick-me-up, Uncle Pat has you covered. He’s especially good at creating photo montages when it comes time to celebrating accomplishments.

Uncle Pat: Lover Of The Game

“I love this game!” It’s Evra’s signature phrase nowadays and it’s what he uses to sign off most of his Instagram videos. And it’s quite a hit among his teammates, too.

Evra has been collaborating with UNICEF since 2012 and uses Instagram to showcase the work he does with orphanages.

Oh, and he even decided to clear the air with Luis Suarez by congratulating the Uruguayan on his Golden Boot Award fours years after the infamous racial abuse incident.

At this point, how can you not love Evra’s Instagram game?