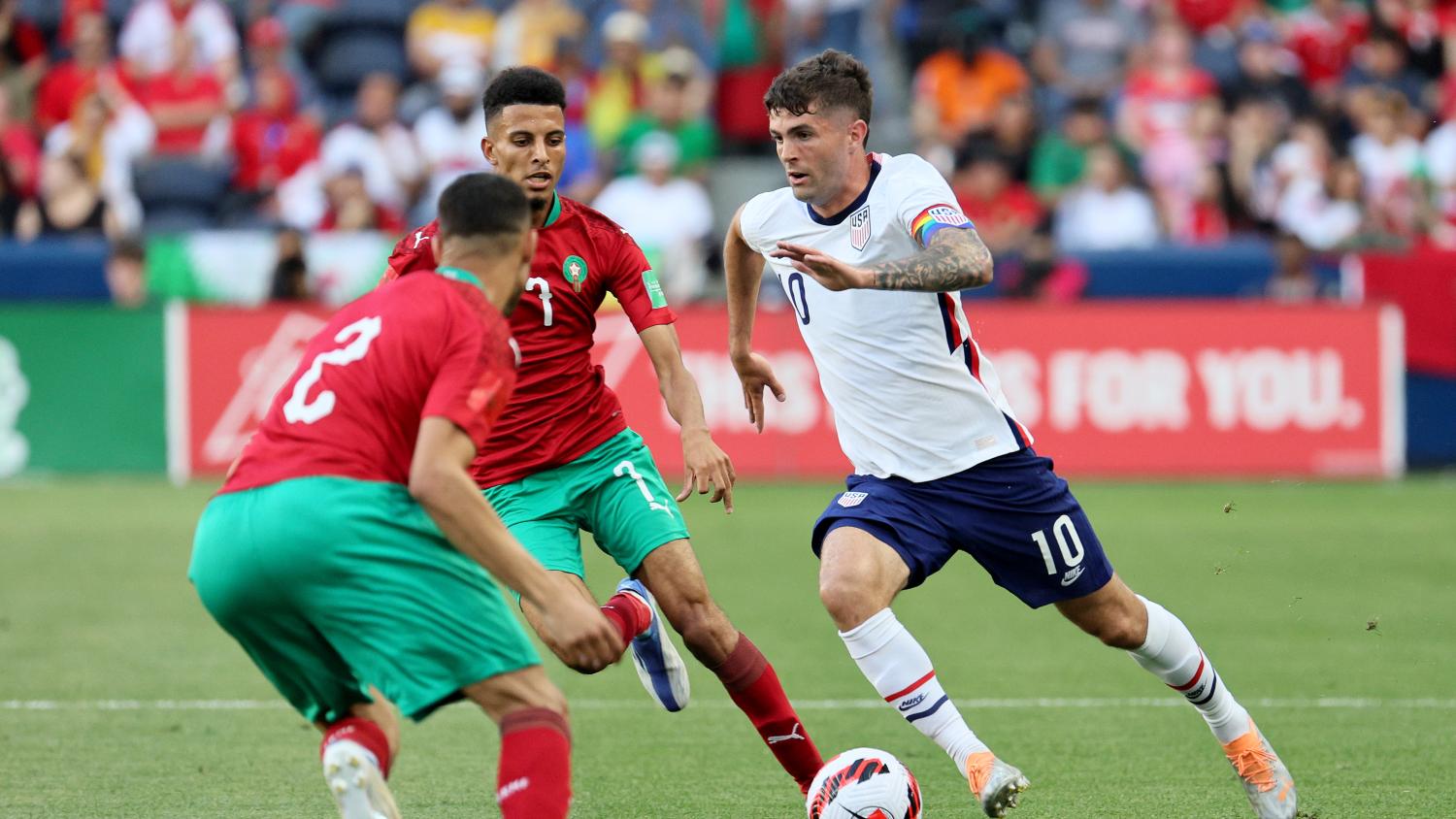 A solid team performance, here are the individual ones.
Getty Images

The United States men’s national team had a dominant 3-0 victory against Morocco on Wednesday that featured some great individual performances. The friendly game saw some incredible work from Christian Pulisic, great versatility from Brenden Aaronson and plenty of quality. Here are the USMNT vs. Morocco player ratings.

Turner produced several quality saves to keep the clean sheet. This was a commanding performance from the soon-to-be Arsenal goalkeeper and one that should earn him some brownie points with Gregg Berhalter.

Zimmerman was only needed for the first 45 minutes and did what he does best. After losing Miles Robinson to an achilles injury it will be interesting to see who fills the role as Zimmerman’s new partner in defense. There were a few times in the first half there appeared to be a lack of communication in the USMNT back line.

As for Zimmerman he defended well and provided an audacious ball over the top to Pulisic that the Nashville defender could have landed on a dime.

There were plenty of questions swirling around Long and if he would be a viable replacement. He looked strong against Morocco and had some good moments in defense. His passing and playing out the back was questionable once or twice but no terrible errors.

This was a tough one, as Cannon provided an assist for Weah and had several good passes going forward. Cannon appeared to be a little lost in the first half with positioning and getting back in defense. He put in a solid 90 minutes, did excellent to block a shot from close range late in the second half and shouldn’t be ashamed of the performance.

Robinson had the lovely job of getting to defend PSG speedster Achraf Hakimi. To be fair Hakimi never scored so that’s a victory. The main issue that docked Robinson some points were a handful of sloppy passes and turnovers on the attack in the first half.

The work that Adams does will never be seen on a score sheet, but it doesn’t go unnoticed. Adams was fantastic in the midfield winning back possession, stringing together passes and just bossing the midfield. He’s such a joy to watch on the field.

It almost feels like Musah has a personal quota to hit for exciting runs to get by defenders and fancy flicks or tricks. He hit his quota tonight with a stellar 90 minutes. It will be great when the 19-year-old bags his first USMNT goal, but Wednesday wasn’t the day.

If you didn’t watch the game, you might be thinking I made a mistake with Aaronson’s position. Despite being a winger for Berhalter in the past Aaronson played midfield vs. Morocco and was a beast. It felt like everywhere you looked Aaronson was creating a chance or putting in a crunching challenge.

Aaronson bagged a goal courtesy of some great work from Pulisic, but it was everything else the new Leeds United man did that earned him a 9/10.

Weah found himself in great positions multiple times and made it count in the 32nd minute with a rocket of a shot that was too hot to handle.

Scoring a goal will always help a player’s rating. Weah looked good throughout the 90 minutes.

This is about as good of a performance a forward can have without scoring. Wednesday’s friendly vs. Morocco had just about everything you love about Pulisic. He challenged defenders, showed off some silky moves but was such a team player.

Pulisic had the incredible assist to Aaronson and was a true leader in the second half. When he was fouled for a penalty kick by Hakimi he did such a classy move. Pulisic pretended to stand over the spot with the ball like he was taking the penalty and was harassed by several Morocco players, but then he handed the ball off to his old pal Haji Wright to score on his USMNT debut.

All class from Pulisic.

It just wasn’t Ferreira’s day on Wednesday. The FC Dallas star had his opportunities but just couldn’t put the ball in the net. Whether it was great goalkeeping or poor finishing, Ferreira will have wanted to get on the scoresheet Wednesday night and came off after 45 minutes.

Coming in at halftime to make his USMNT debut, Scally had an admirable performance. The one moment that really stuck out was when possession was lost and Hakimi went screaming down the field toward the U.S. goal. Scally tracked him down and put in a perfect tackle to win back the ball. It was a promising 45 minutes from Scally.

I didn’t mark down any points from Scally for that goofy “ghost penalty” that Morocco was given.

Wright and Ferreira are battling for the same spot on the field but are two entirely different players. While Ferreira plays a false 9 look, Wright was the more traditional 9. The 6-3 striker had a decent second half making several good runs, held up the ball well and scored his debut goal. Nothing to complain about on his debut.

Morocco looked less dangerous in the second half giving Carter-Vickers a little less work to do. When he was called into action he looked comfortable alongside Long and had several key interventions. Berhalter will have plenty of tinkering to do with the center backs.

No behind the back passes?? No quirky sideline shenanigans? Come on Gregg what are you doing out there? In all seriousness Wednesday's game will be a tough pill for Berhalter haters to swallow as he made all the right decisions and substitutions. Great work from Berhalter.