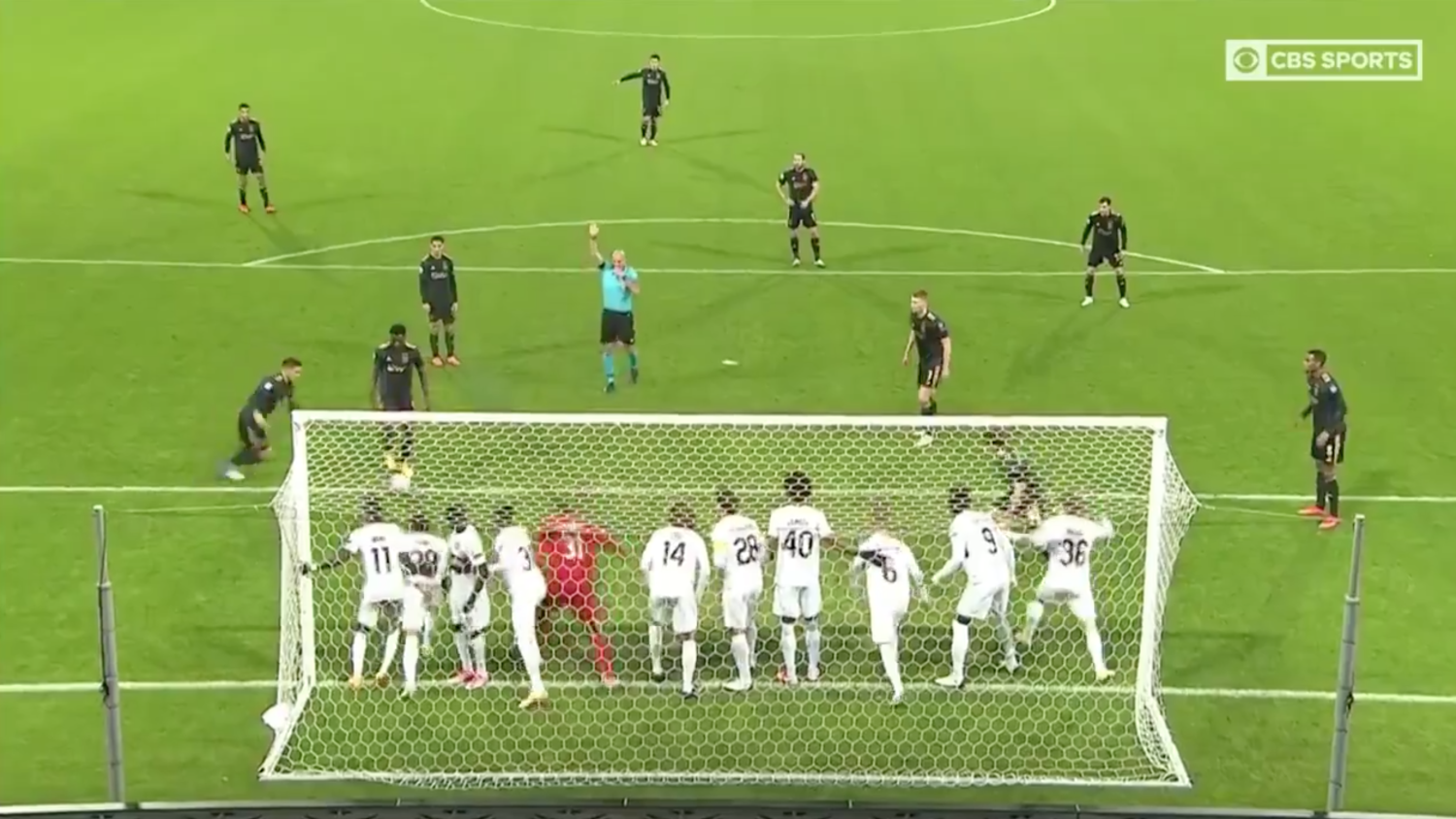 Lars Knudsen hails from Denmark — the land of the set-piece people.
The18

Heading toward the World Cup, the USMNT needed to do something drastic to alter its approach to set pieces.

In the 14-game qualifying cycle, the U.S. managed only three goals from set pieces. They all came in a single match — the 3-0 victory over Honduras in Minnesota. It's also worth noting that Kellyn Acosta, the best dead ball specialist in the squad, provided the service on all three and is expected to start on the bench in Qatar as Tyler Adams' backup.

Miles Robinson's injury also hurts in attacking set pieces (it was Acosta who picked out Robinson with a free kick to win the 2021 Gold Cup) and defending them. The U.S. was equally poor at the other end, falling to Panama 1-0 on a set piece goal, conceding another to los Canaleros in Orlando and then losing 2-0 in Costa Rica off two set pieces.

Work needs to be done in the coming months, with dead balls always proving instrumental at major international tournaments (2018 was referred to as "The World Cup of Set Pieces"), and the U.S. has acted by landing one of the most exciting set-piece specialists around. Now let me convince you that's no oxymoron.

The man hired for the job is former Danish youth national team coach Lars Knudsen. Prior to his four years in Denmark's setup, he served as FC Midtjylland's first-team assistant from 2016 to 2018.

According to Total Football Analysis, Denmark's Superliga emerged as the set piece king of European leagues by closely mirroring plays you might see in the NBA and NFL. The king of kings is Midtjylland, which won its first Superliga title in 2014-15 by scoring 25 goals off set pieces (almost 40 percent of its goals for the season). Hobro IK was second with 11.

By the 2017-18 campaign, Midtjylland was again leading with Superliga in set piece goals with 25, but clubs like AC Horsens (24) and Brøndby (20) were now following Midtjylland's lead.

Analysis of Midtjylland's set pieces shows a preference for right-footed takers (in-swinging on the left and out-swinging on the right) with delivery targeting the back post and penalty area. There's a lot of blocking and screening, necessitating great delivery and perfect timing, but when it's done correctly, it's unstoppable.

Midtjylland is also a staunch purveyor of the long throw, and Weston McKennie can provide the service if Knudsen brings the ideas.

"I feel excited and honored to join the U.S. men's national team," Knudsen said. "From my talks with Gregg I feel very aligned on both soccer ideas and leadership. Having qualified for the World Cup with such a young group says a lot about both the quality and the potential for this team, and I'm really looking forward to the things we have in front of us."