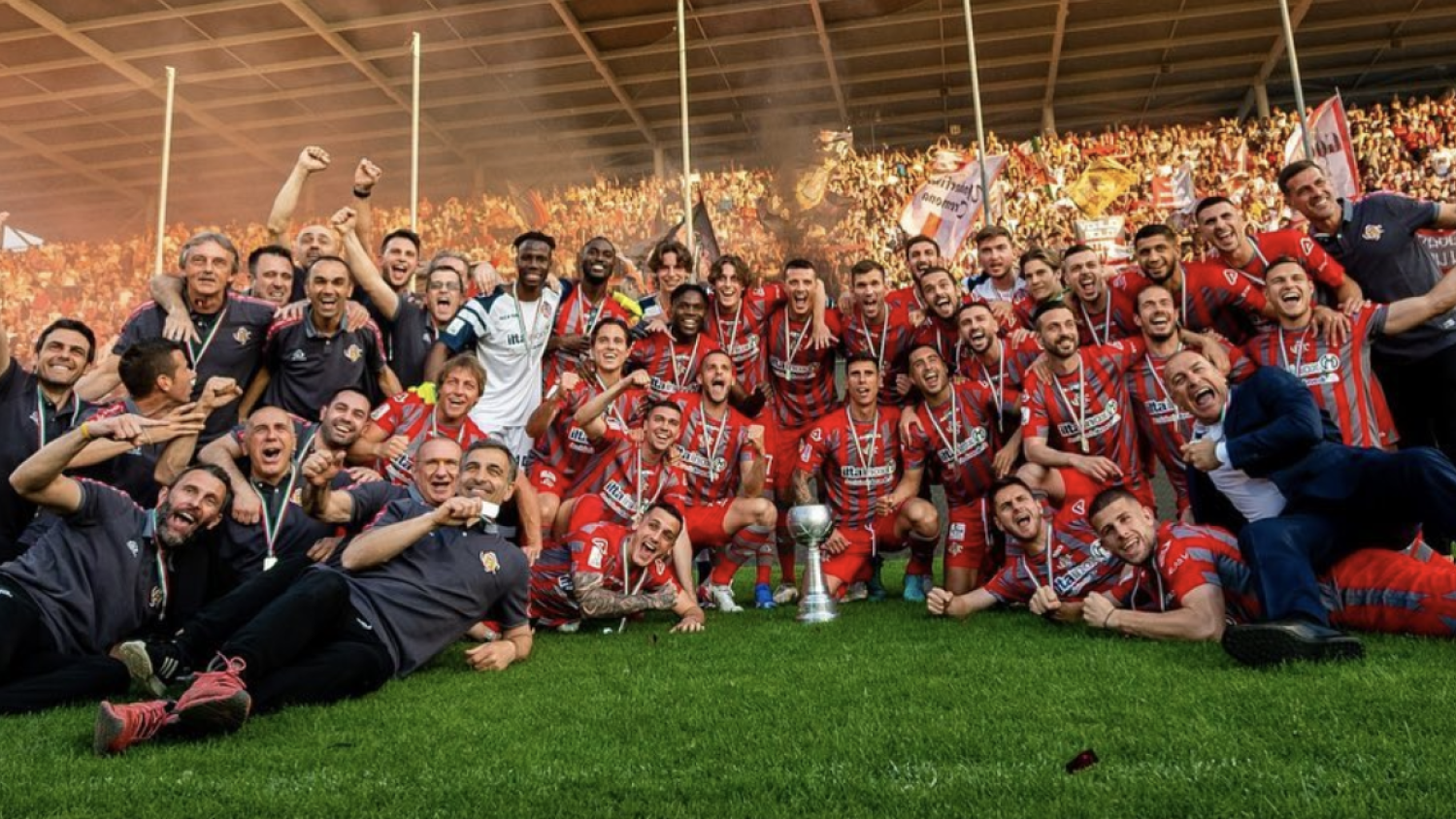 Three new teams are joining Serie A this season, so let's meet them and learn how they got to this point.
@uscremonese | Instagram

Last season, Venezia showed the world just how difficult it is to stay up in the first division after being promoted. Many teams work for years to reach the first division only to bounce right back down the following season. After a long season in Serie B, let's meet the three newest members of Serie A and learn how they got here.

A club that has consistently bounced back and forth between the top two flights in Italy has returned to the pinnacle after two years in Serie B. Lecce hovered around the promotion playoff spots for the first half of the season before its good form enabled it to fully push for the title. The club never dropped outside of the top four from that point on and was able to hold on to win the Serie B title by two points.

For the past two seasons, Italian striker Massimo Coda has hit the 20-goal mark in the league for Lecce, winning the league golden boot on both occasions. Combined with Brazilian winger Gabriel Strefenzza’s 14 goals this season, Lecce was in great hands on the attack. In defense, Brazilian goalkeeper Gabriel kept 14 clean sheets helping I Giallorossi allow the fewest goals in the league. This summer, Gabriel has been allowed to leave and Lecce has managed to replace him with Federico Brancolini on a free transfer from Fiorentina. Signings like these help keep clubs up after promotion, and Lecce will hope it can do the same, when it opens its season at home against Inter Milan on Aug. 14.

Cremonese is a team without flash, and yet, here it is in Serie A. The Northern Italian side quietly flirted with the Serie B title, coming tantalizingly close, and yet never spent a single week in first place. The team lacked a singular goal threat and instead relied on goals coming from a host of different players. This isn’t usually how promotion happens, and, Cremonese should be warned, it isn’t how teams stay in the top flight either.

Hopefully they can be a model for Italian football. They put faith in youngsters from the best Serie A clubs.

Carnesecchi, Fagioli, Gaetano, Okoli, Zanimacchia, etc. This is what clubs should be doing for the sake of Italian football. IT WORKS! pic.twitter.com/h7Pd8x5g1G

Eight goals from three different players showcase how multi-dimensional this team was, and with Juventus-loanee Nicolò Fagioli pulling the strings in midfield, it could be deadly from all directions. Fagioli, who is just 21, finished the season with seven assists, good enough for fifth in the league. However, as with Fagioli, many of its top players were on loan, and as such, Cremonese is tasked with the tremendous job of replacing these players affordably, which will be extremely difficult. The club's first Serie A match in 26 years will be a road trip to Fiorentina on Aug. 13.

A city more famous for its racetrack than its soccer team, Monza will be hoping to put its name on the map after a blockbuster season and a thrilling promotion playoff. Three Monza players finished the season with more than 10 goals, led by Danish forward Christian Gytkjær with 14. On the back of its strong attacking play, Monza finished fourth in the league, level with third-place Pisa SC.

In the promotion playoffs, both sides automatically qualified for the semifinal round and saw off their eventual competition to advance to the playoff final. After both final legs, the score was tied 4-4 on aggregate following a 90th-minute equalizer by Pisa. Normally, if the two sides are tied after the two legs, the team with the higher seed is meant to advance, which would have been Pisa, but Italy has a rule stating that if the two teams were tied on points after the full season before the playoff, they go into overtime and, if necessary, penalty kicks.

In overtime, Monza sprung back to life, scoring twice to win 6-4 on aggregate and advance to Serie A for the first time in its history.

Serie B
Monza FC defeated to Pisa at Promotion Play-off Final and reach to Serie A.
29/05 pic.twitter.com/3lRp1llm3G

In the hopes of staying in the top flight, Monza has made several big moves in the transfer window, signing many of the players who it previously had on loan, as well as Andrea Ranocchia, a Serie A winner with Inter Milan. The club has shown it can make it in Serie B, but the question remains: How will it fare against top-flight opposition? The club's first taste of Serie A will come when it hosts Torino FC on Aug. 13.