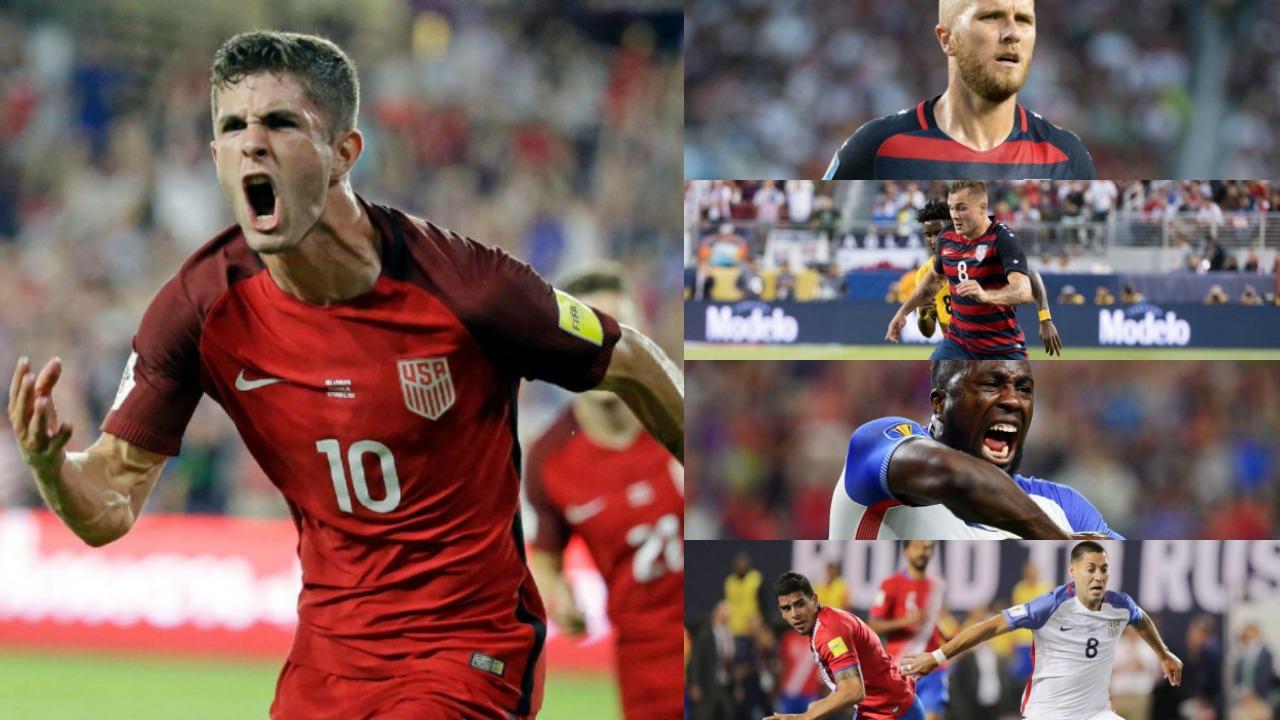 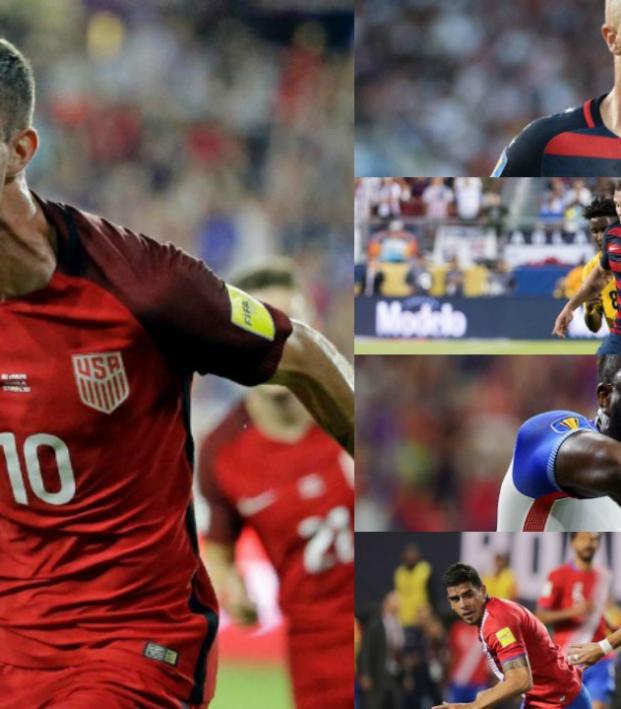 Connor Fleming December 6, 2017
Jozy Altidore, Michael Bradley, Clint Dempsey, Jordan Morris and Christian Pulisic are all up for the award.

Counting down from five to one, here’s who we believe to be the most deserving of the award. 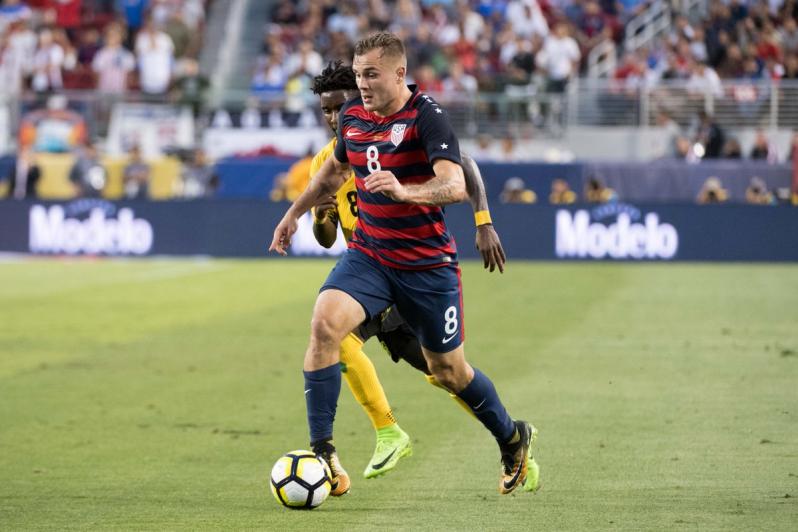 23-year-old Jordan Morris makes the finalist cut by virtue of scoring what, in hindsight, was the most important goal for U.S. Soccer in 2017, the 88th minute match-winner against Jamaica in the CONCACAF Gold Cup final.

Morris finished as joint-top scorer at the tournament with three goals, although the other two came with a brace versus Martinique in the group stage. Morris’ injury-plagued year made him a non-factor outside the Gold Cup. He failed to score in the Hex and after scoring 12 goals in his rookie 2016 MLS campaign, he’s scored just three in 24 games this season. 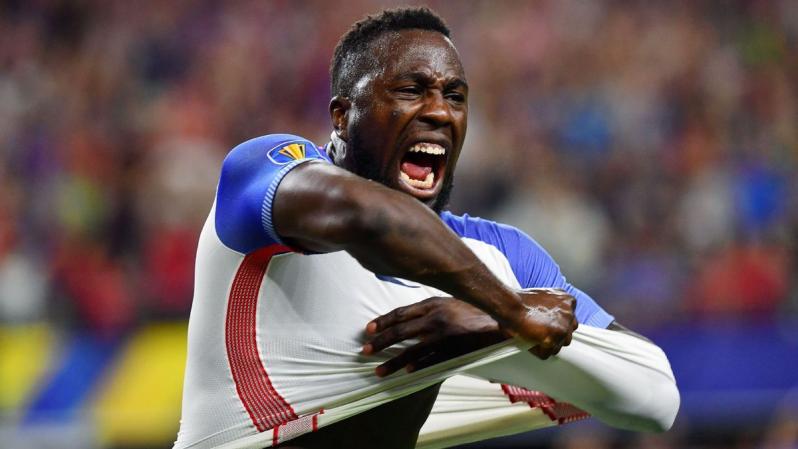 Altidore was a non-factor in the Hex. Photo: @fanly_torontofc | Twitter

Jozy Altidore was added to the U.S. Gold Cup squad following the group stage as Bruce Arena elected to bring in the big guns for the knockout rounds. Altidore duly provided by scoring against Costa Rica in the semifinals and Jamaica in the final.

However, Altidore has admitted that this year’s World Cup qualifying cycle will haunt him for the rest of his life. Altidore scored two hugely memorable goals against Panama in the match at Orlando City Stadium that seemingly booked the States’ ticket to Russia, including a Panenka penalty that triggered delirium.

In the 10 games of the Hex, those were the only two goals Altidore would score. That’s a staggeringly abysmal return for a player in the prime of his career with the third-most goals and 10th-most caps in USMNT history.

After missing almost the entirety of the 2014 World Cup with a hamstring injury, next summer was supposed to be Altidore’s. 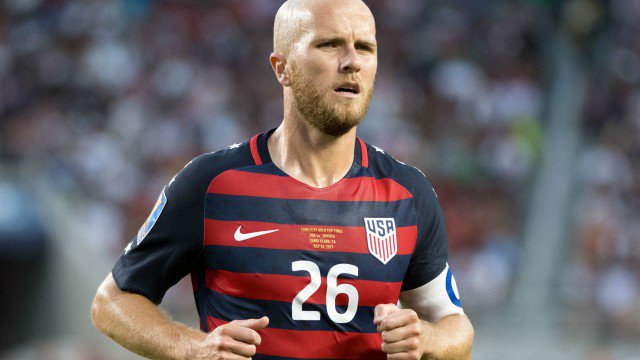 2017 was a roller coaster for Michael Bradley. Photo: @NESN | Twitter

Michael Bradley couldn’t have started off 2017 any better. After scoring in the 6-0 thumping of Honduras to usher in the latest Bruce Arena era back in March, Bradley hit the best goal of the year for the U.S. against Mexico at the Azteca. It was one of the finest USMNT goals of all-time and earned his side an invaluable draw in Mexico.

Bradley was then drafted into the U.S. side for the knockout stages of the Gold Cup. The USMNT won their three knockout round games by a total scoreline of 6-1 with the Toronto FC man absolutely bossing the midfield. He was awarded the tournament’s Golden Ball after registering an assist against El Salvador and looking miles better than any midfield competitor.

But then we have the negatives. Four crucial 2017 World Cup qualifiers, four hugely disappointing performances from Bradley. The 2-0 home defeat to Costa Rica might’ve had more to do with Arena’s tactics, but the U.S. was absolutely swamped in transition throughout.

In the 1-1 away draws with Panama and Honduras, Bradley struggled to make any contributions of note while misplacing passes and ghosting for large periods. In the 2-1 death by Trinidad & Tobago, even Bradley’s usual defensive intensity went out the window. 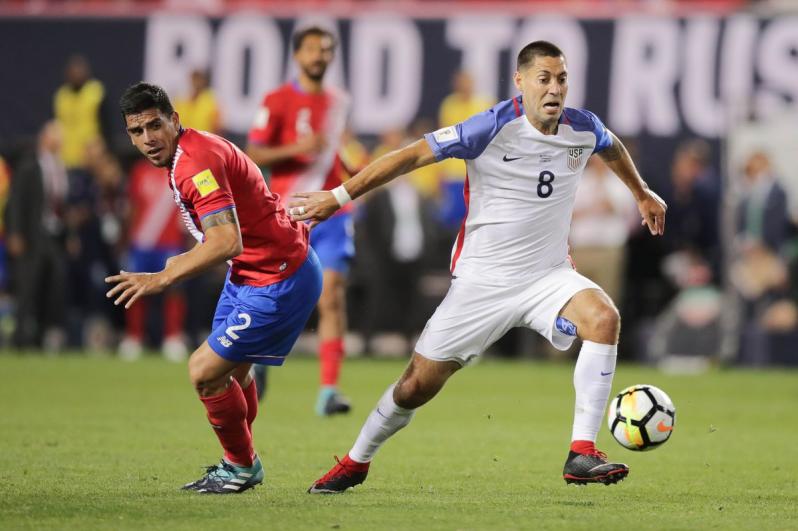 At least we had one great feel-good story in 2017. After being sidelined throughout 2016 with an irregular heartbeat, Clint Dempsey returned to the field and just kept doing the damn thing aged 34.

With a generation of U.S. attacking talent MIA, Dempsey’s 14th year of USMNT service yielded five goals, including a Gold Cup semifinal strike against Costa Rica, a hat trick against Honduras and a goal in Panama City.

Sure, Deuce isn’t 28 any more, but he still should’ve started at the Ato Boldon Stadium. If that shot finds the back of the net, Dempsey is our Player of the Year.

@clint_dempsey off the post! @ussoccer still looking for a late equalizer. #TRIvsUSA pic.twitter.com/WkrBRXVUAP 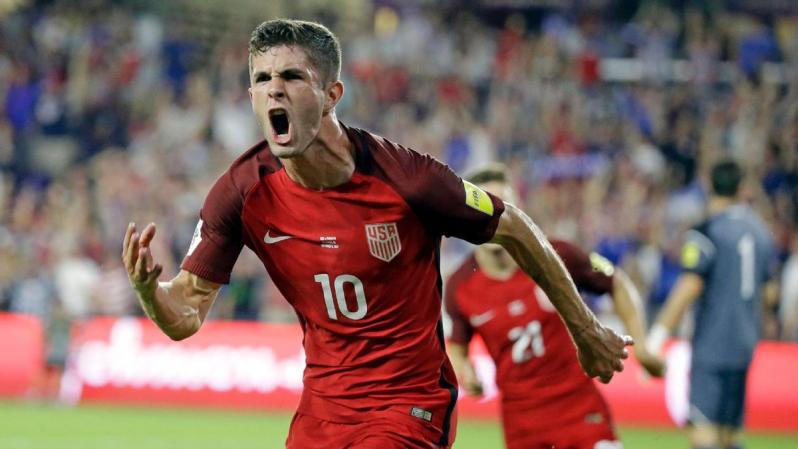 Omitted from the Gold Cup squad after a long season with Borussia Dortmund, Christian Pulisic’s play in the 2017 Hex is our grounds for judging his legitimacy for the award . . . Pulisic wins.

Pulisic’s Hex-leading five goals all came in 2017, including a brilliant brace against T&T in Colorado, the opener against Panama in Orlando and another sweet strike against T&T to give the U.S. hope down in Couva.

Pulisic also scored in a friendly against Venezuela, giving him six goals in nine appearances in 2017. The 19-year-old was a constant spark for the States whether attacking from the wing or through the middle, and he’ll be the fulcrum of the U.S. attack for many years to come.

But this has nothing to do with the hype or prognosticating the future, Pulisic was flat-out the best U.S. Soccer male player in 2017.