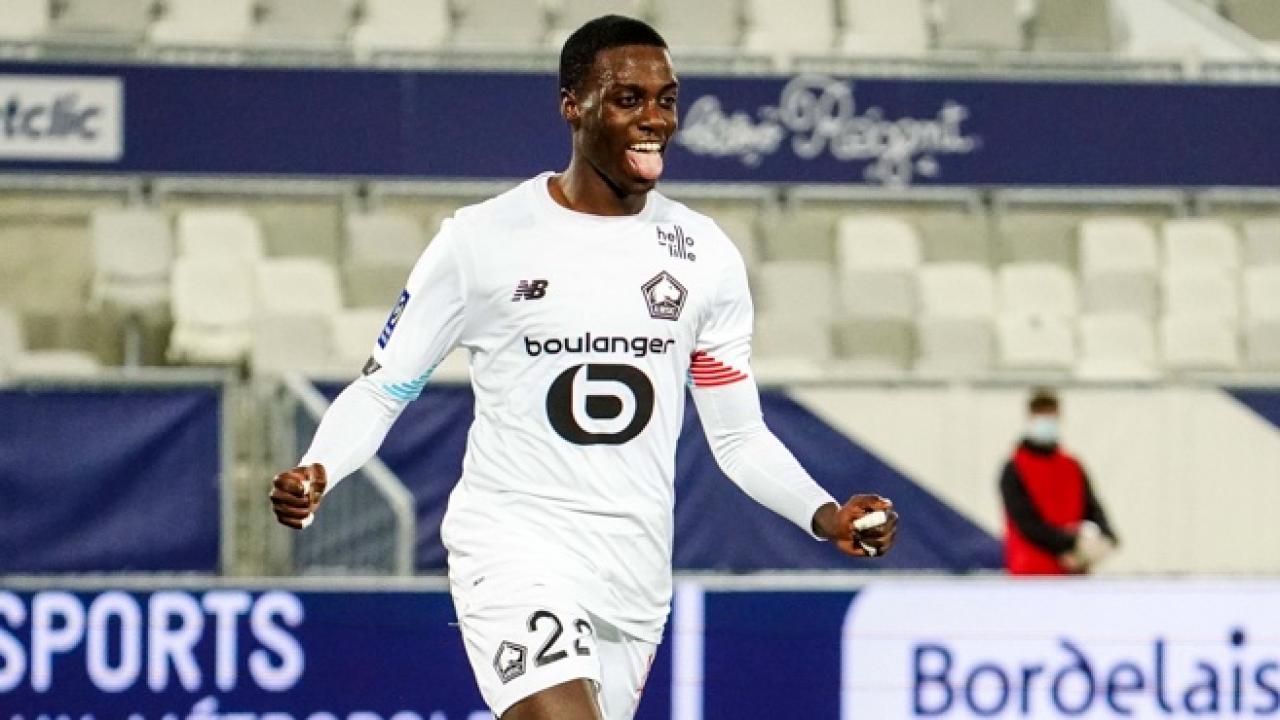 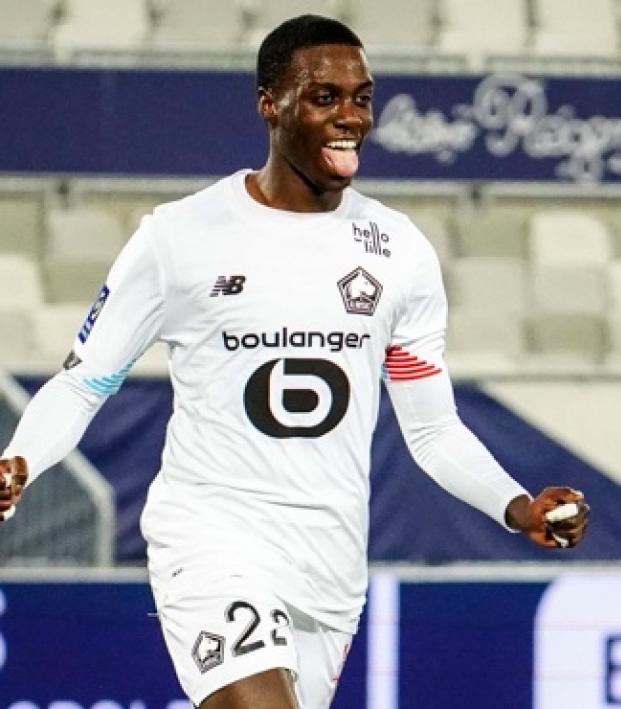 Reuters February 3, 2021
American Timothy Weah and Canadian international Jonathan David were on the score sheet in Lille’s 3-0 win over Bordeaux.

Lille maintained its two-point lead at the top of the Ligue 1 standings with a 3-0 win away to mid-table Girondins de Bordeaux thanks to second-half goals by Yusuf Yazici, Timothy Weah and Jonathan David on Wednesday. Weah, 20, and David, 21, were both born in New York City, with the former representing the USMNT and the latter representing Canada internationally.

The northerners, who have won their last five matches, moved to 51 points from 23 games, leading second-placed Olympique Lyonnais by two points and Paris Saint-Germain by three after both their main rivals also claimed three points.

Lyon had Lucas Paqueta to thank in a 1-0 win at second-bottom Dijon while champions PSG eased to a 3-0 victory at bottom side Nimes courtesy of goals by Angel Di Maria, Pablo Sarabia and Kylian Mbappe.

Mauricio Pochettino's side were without the suspended Neymar but the Brazilian's absence was barely felt in a one-sided game at the Parc des Princes, three days after PSG slumped to a 3-2 defeat at Lorient.

That loss had handed Lille the lead in the standings and they kept it in authoritative fashion.

Lille went ahead nine minutes after the break when Turkey forward Yazici fired the ball under the bar from Jonathan Bamba's cross before Weah tapped in after being set up by substitute Luiz Araujo 12 minutes later to double the tally.

David wrapped it up a minute from time after a fine one-two with Jonathan Ikone.

At the Matmut Atlantique, Lille could have taken an early lead but the unmarked Ikone missed the target with a point-blank header inside the area after 45 seconds.

Bordeaux then had a great chance to score in the 39th minute but Hwang Ui-jo skied his close-range attempt over the bar.

The visitors controlled the game, however, and Yazici broke the deadlock with his seventh league goal of the season before Weah netted his fourth after a counter attack and David put the result beyond doubt shortly before the final whistle.

Olympique de Marseille was looking to find something to cheer about when they visited RC Lens one day after coach Andre Villas-Boas was suspended, having offered to resign, and four days after fans broke into the club training centre.

With youth academy boss Nasser Larguet on the bench, they went 2-0 up at the Stade Bollaert with goals by Florian Thauvin and new recruit Arkadiusz Milik, only for promoted Lens to level thanks to Florian Sotoca and Facundo Medina.

The result at least ended ninth-placed OM's three-game losing streak in the league while Lens stayed seventh on 35 points, two points above them.