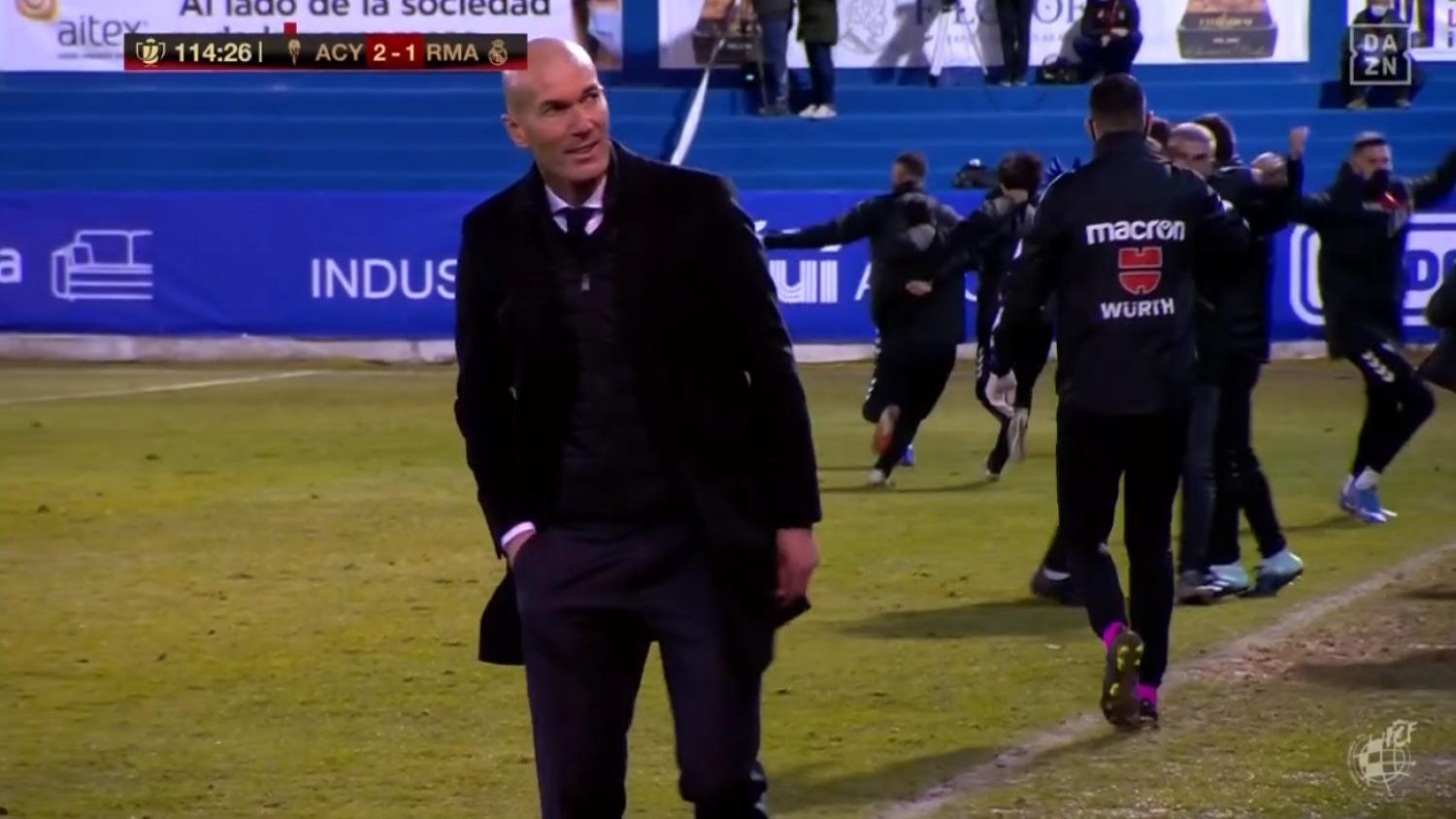 The club’s fighting spirit is legendary in Spain, but nobody could’ve foreseen Wednesday’s result.
@goal | Twitter

By slaying Real Madrid in the Copa del Rey on Wednesday, Alcoyano lived up to a past reputation which saw their name enter Spanish folklore as a byword for fighting spirit and the capacity to overcome the odds.

The third division, semi-professional side have rarely had much to shout about but their renowned capacity to endure suffering and humiliation led to the coining of the phrase "You have more spirit than Alcoyano" which is still heard in everyday conversations, even when football is not being discussed.

According to Spanish journalist Alfredo Relaño, the phrase became part of everyday language after the team were losing a match 7-1 in 1944 and were angry at the referee for not playing added time as they thought they could still turn the game around.

Quoted in newspaper El País, then coach Ramón Balaguer explained: "We'd lose 5-4 or 4-3, we always attacked, even when we were losing 4-0, we always played with plenty of spirit. Every crowd warmed to us, because we never gave up."

With the spotlight on them against Europe's most successful club, Alcoyano truly lived up to their reputation, overcoming an early goal by Real's Éder Militão to force extra time, before getting the winner after being reduced to 10 men.

"Do you want to know what the spirit of Alcoyano means? Look no further," said coach Vicente Parras. "We really believed we could win even after the sending off. This will be talked about for the next 20 years, people will remember that on spirit alone, a team managed to knock out Real Madrid."

The club's never-say-die spirit is summed up by goalkeeper José Juan, 41, who has had a long career but has only experienced 37 minutes of LaLiga football.

"I'm still in shock," he said on Thursday. "This is an award for my career. I'm a servant to football."

The victory also provided some rare joy for the city of Alcoy, which has the highest rate of coronavirus infections in the country per capita, with 2.407 cases per 100,000 inhabitants at the last count.

Local restrictions meant bars were closed and fans were not allowed into the stadium, but small groups of people were seen crowding together on nearby balconies peering in to the stadium to watch the game.