They're In The Game And The Idiots Are Out In Force: Women In FIFA '16 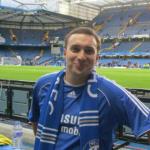 Mike Smith June 23, 2015
The internet trolls came out in full force to respond to the news that women will be included in FIFA '16 for the first time.

Finally, they’re in the game. EA Sports announced earlier this month that for the first time ever, the members of women’s national teams will be featured in the next iteration of the wildly-popular FIFA video game franchise. Although mostly the news was met with praise and positivity, because this is the internet, of course there were trolls that had to cast a negative light on this development. The negative commentary was so prevalent that EA Sports Chief Operating Officer Peter Moore felt the need to publicly condemn the venomous comments, saying that he was “so sad to see the misogynistic vitriol” accompanying the announcement.

Apparently the idea of having the option…OPTION…of having women in the game was simply too much for many gamers to handle. And in typical internet fashion, they dealt with the issue reasonably and without resorting to extremes. Oh wait.

Although I probably have spent far more time than I should envisioning how dolphins would work in a FIFA game (seem like great attacking wingers), the idiocy of these types of comments simply cannot be understated. The ratings for the Women's World Cup have been very strong so far in the United States, which is a great sign (in the rest of the world…not so much).

Despite the positivity of the Women's World Cup, the reaction of these types of simpletons to the addition of the women to the FIFA franchise demonstrates that there is still much progress to be made. As an avid FIFA player myself, I doubt that I will be suspending my season campaigns to only play tournaments with the U.S. Women's team, but my curiosity is more than a little piqued. And if this can be used to grow the game for the ladies the way it has for the gents in this country, we will all be the better for it.

Let's just hope the trolls can understand that. I won't hold my breath.

FIFA ’16 will be released everywhere on September 25th.