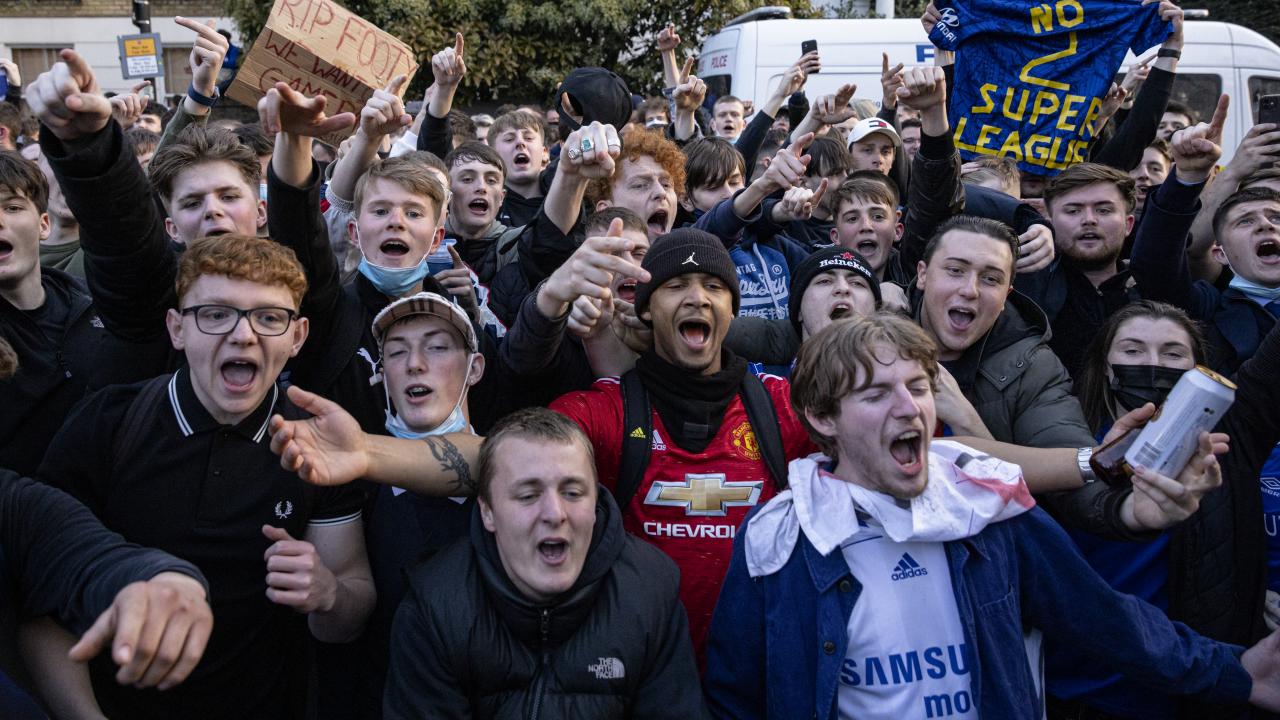 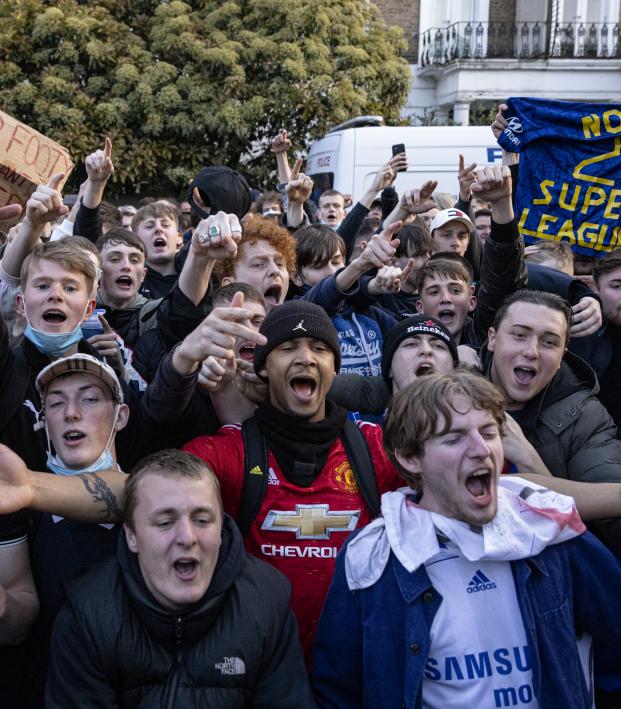 Super League Collapses In Rare Triumph Of Fans Over Greed

MANCHESTER, England — The European Super League collapsed on Wednesday as eight of the 12 founding members from England, Italy and Spain abandoned the breakaway project under massive pressure from fans, politicians, soccer officials and even the British royals.

Founder and Juventus chairman Andrea Agnelli told Reuters he was reluctantly calling time on the new league after six English clubs withdrew on Tuesday, with Inter Milan and Atletico Madrid following suit and AC Milan indicating they would too.

"The voices and the concerns of fans around the world have clearly been expressed about the Super League, and AC Milan must be sensitive to the voice of those who love this wonderful sport," the Italian club said in a statement.

Agnelli said he still believed in the merits of the Super League despite the overwhelming criticism and had no regrets about how the breakaway had been conducted.

"I remain convinced of the beauty of that project," Agnelli told Reuters, adding that it would have been the best competition in the world.

Juventus itself stopped short of saying the league was dead but said it recognised there were limited chances of the project being completed in the form originally conceived.

The Italian club said in a statement that it was aware certain clubs intended to leave but they had yet to complete the necessary procedures under the Super League agreement.

As a result of listening to you and the wider football community over recent days we are withdrawing from the proposed Super League.

We made a mistake, and we apologise for it.

The Super League argued it would increase revenue for the top soccer clubs in Europe and allow them to distribute more money to the rest of the game.

However, the sport's governing bodies, other teams and fan organisations said the league would only boost the power and wealth of elite clubs, and that the partially closed structure went against European football's long-standing model.

Players, fans, pundits and politicians celebrated the U-turns of the English teams on Tuesday that left the league in tatters and pushed other founding members to jump ship.

"This is the right result for football fans, clubs, and communities across the country. We must continue to protect our cherished national game," British Prime Minister Boris Johnson said.

Barcelona and Real Madrid were the only two founders yet to issue official statements by Wednesday afternoon.

Liverpool's principal owner John Henry apologised in a video on the club's website and social media on Wednesday.

"It goes without saying but should be said that the project put forward was never going to stand without the support of the fans," he said.

"I alone am responsible for the unnecessary negativity brought forward over the past couple of days. It's something I won't forget. And shows the power the fans have today and will rightly continue to have."

Having triggered an enormous backlash, the Super League had said late on Tuesday it would reconsider and look to "reshape" the project, while stopping short of throwing in the towel.

The news dominated the front page of Wednesday's newspapers in Britain.

"Defeat of Greed," declared the Daily Mail's front page headline while the another paper summed up the withdrawal as "Own Goal."

The Daily Telegraph proclaimed a "victory for fans" while the Times said the clubs involved had bowed to "fan fury."

A top official from the Council of Europe termed the project an unfortunate initiative and called on an inter-governmental sports coordination body to urgently discuss the ramifications of the proposed breakaway.

Amid celebrations over the collapse of the project, anger remained. Some pundits said the owners of the English teams would never be forgiven.

"They were going to sell the souls of our major football institutions," said Liverpool great Graeme Souness.

"I don't know how these clubs will manage to get back on-side."