We're never coming down after watching soccer in zero-gravity 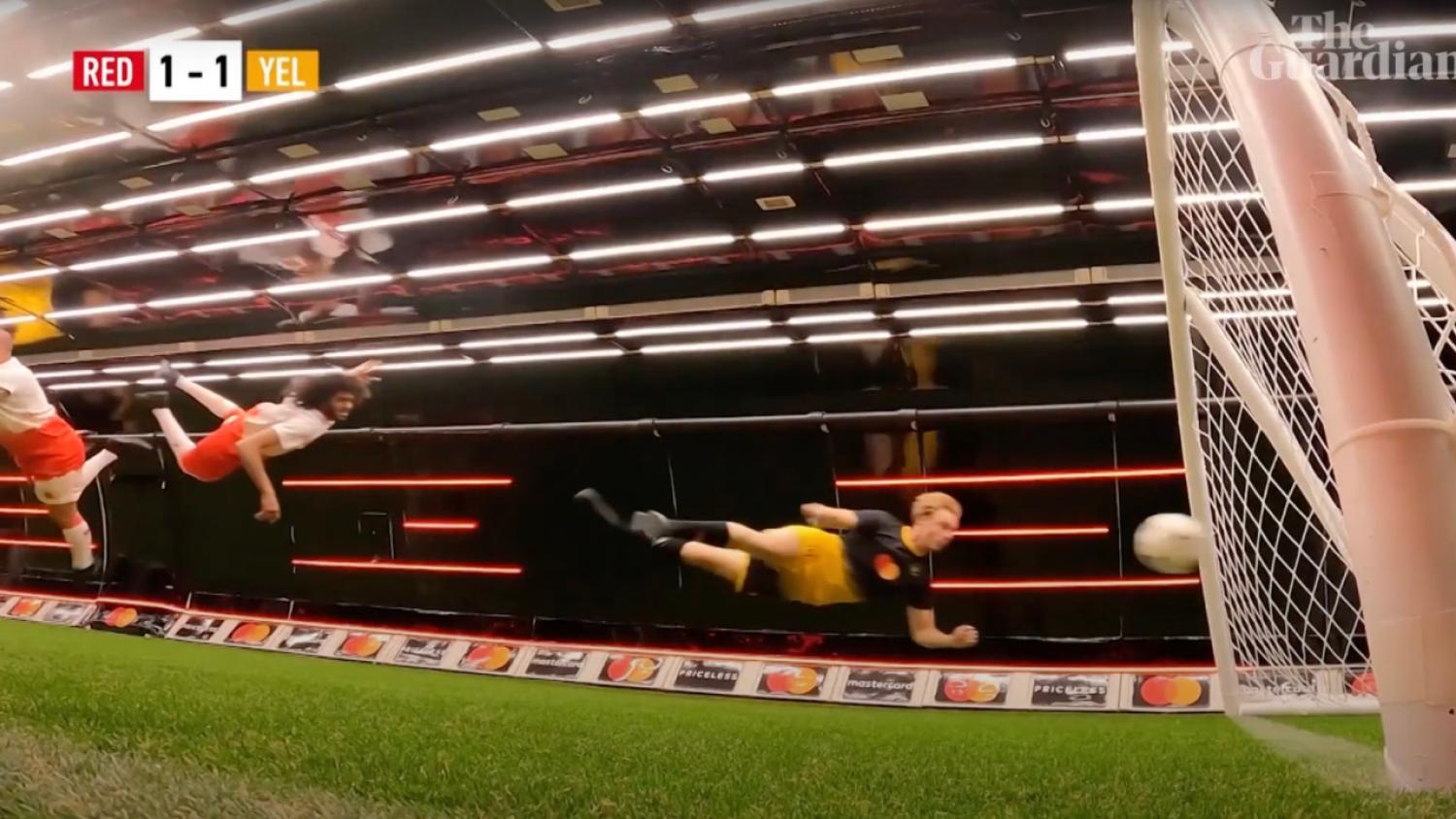 Our next mission has to be a match on the moon.
YouTube

One small step for Luís Figo, one giant leap for... well, I'm not sure who really benefits from this situation apart from Luís Figo and the seven players who got to set a world record for the highest football match ever at 20,230 feet in zero-gravity.

It's pretty crazy to think that Estadio Hernando Siles in La Paz, Bolivia, isn't all that far behind at 11,932 feet.

But Figo, along with a team of footballers from across Europe, Latin America and the Middle East, set the new Guinness World Record inside an aircraft that contained a pitch measuring 807 square feet.

They even got a referee for the match. He's probably the best part of the video because you can see his mind struggling with how to correctly apply the Laws of the Game in zero-gravity.

Over to you, NASA. If you want the Guinness World Record, you know what you have to do after Artemis 1 reaches the moon. Don't forget to bring this ref, he's the only one with the required experience.