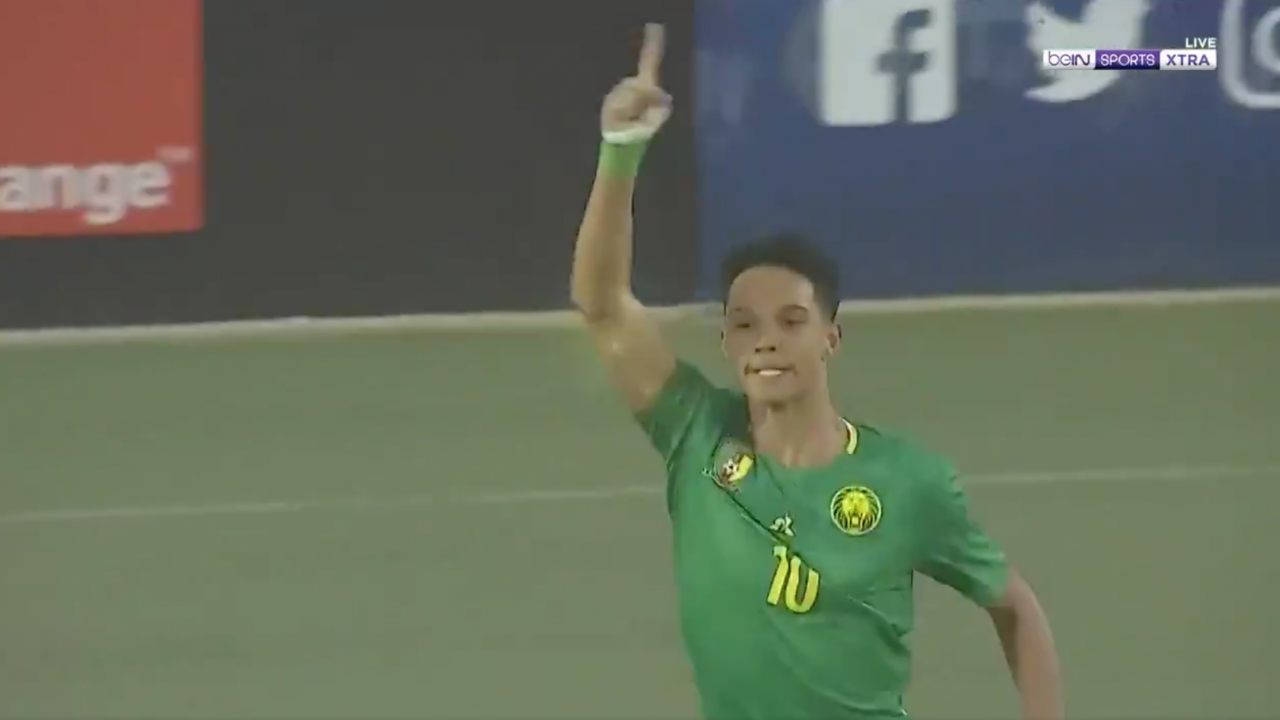 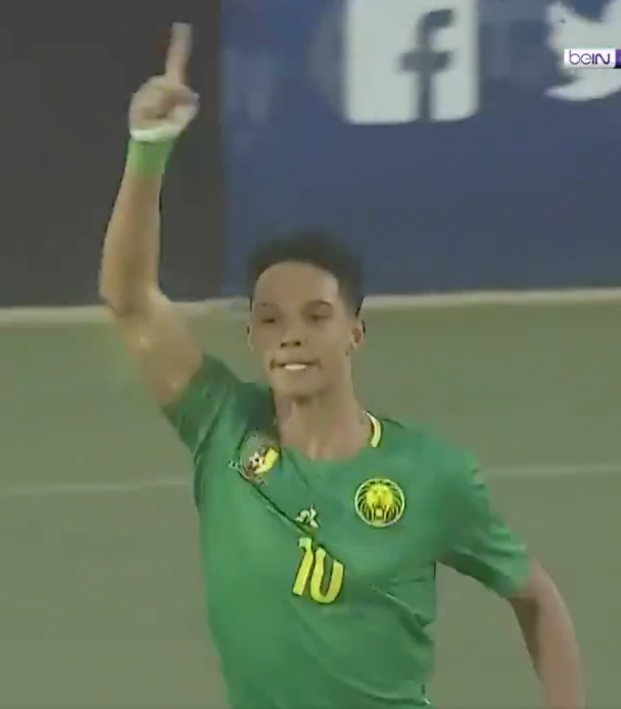 No one scored more for Cameroon than former Barcelona and Inter Milan superstar Samuel Eto’o. The lethal striker scored 56 times in 118 appearances for the Indomitable Lions, and now his son appears ready to pick up the mantle.

Etienne Eto’o Pineda, Samuel Eto’o’s son, scored two goals in his first start for Cameroon, leading the U-20 Indomitable Lions to a 4-1 win over Mozambique at the Africa U-20 Cup of Nations on Saturday in Mauritania.

Cameroon claimed first place in Group A with three straight wins to book its spot in the quarterfinals. After back-to-back 1-0 victories, Cameroon turned on the style against the last-place team in the group.

Samuel Eto’o scored 130 goals for Barcelona, good for eighth on the club’s all-time list. I’ll never get tired of watching highlights from those Barça teams in the mid-to-late 2000s, so here’s a gratuitous highlight video of Eto’o’s best strikes with the club to remind you of what he could do.

Samuel Eto’o’s son Etienne, 18, is now playing for Real Oviedo’s U-19 in Spain’s second division, and he showed a little bit of what he can do on Saturday.

Etienne Eto’o kicked things off with a stunning free kick in the seventh minute. Note how he stands over the ball like Cristiano Ronaldo before striking.

❗️ Like father, like son! ETIENNE ETO'O PINEDA with an inch-perfect free kick to give Cameroon a 1-0 lead over Mozambique! #TotalAFCONU20#CMRMOZ
Watch for on beIN SPORTS XTRA: https://t.co/wMvE7SJ5p4 pic.twitter.com/mMt843u41Y

Eto’o made it 2-0 with a penalty kick just before halftime. After a lengthy wait for an injured player, Eto’o slyly sent the Mozambique keeper flying before scoring straight down the middle.

Minutes into the second half, the son of the legend turned provider, playing a through ball for Kevin-Prince Milla to convert to make it 3-0.

Milla, of course, is another famous name for the Indomitable Lions. Roger Milla is Cameroon’s second all-time leading scorer with 77 goals, including one we rated the best goal at the 1990 World Cup. However, we could find no confirmation of any relation between Roger and Kevin-Prince.

Gianluca Antonio Remo Lorenzoni scored in the 85th minute for Mozambique, simultaneously Mozambique’s first goal scored and Cameroon’s first goal conceded of the tournament. But Abdoulaye Yahaya finished off the scoring with a goal two minutes later to restore the three-goal advantage. You can see all the goals in the full-match highlights below.

Cameroon and Eto’o will play in the quarterfinals on Feb. 25, but they’ll have to wait until the remaining group-stage matches finish to learn their opponent.