Brian Dunleavy February 23, 2017
The shared history between a club in southern Spain and another in Scotland is extraordinary.

The Spanish city of Seville holds a special place in the hearts of Glasgow’s Celtic supporters. The Andalusian city was the site of the 2003 UEFA Cup Final in which an unfavored Celtic side, managed by Martin O’Neill and captained by the legendary Henrik Larsson, faced off against Porto, led by “The Special One”, Jose Mourinho.

That Celtic lost the match 3-2 in extra time was almost an afterthought. The Glasgow side weren’t supposed to be there (having upset Blackburn Rovers and Liverpool, among others, along the way), and more than 80,000 green-and-white-clad supporters made the journey to the beautiful Spanish city to cheer on their side. 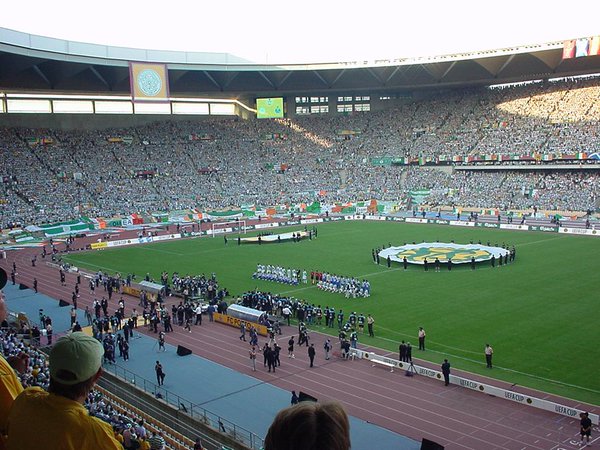 Well, it turns out the love Glaswegians have for Seville is reciprocal. Real Betis, one of two clubs to call the city home (along with Sevilla), have worn green and white vertical stripes on their kits since 1911, in homage to Celtic.

Indeed, Betis’ first manager Manuel Ramos Asenio studied in Glasgow as a child and fell in love with the Bhoys’ colors, which were vertical green and white stripes at the time.

Now, to celebrate the 37th Dia de Andalucia on February 28th, in a match against Malaga, Betis will wear a Celtic-style strip in a nod to the shared history between the two clubs. Dia de Andalucia, or Andalucia Day, is observed annually on the anniversary of the referendum that established the region as an autonomous community in Spain.

As a side note, Betis, like Celtic, also has some links with Ireland. Irishman Patrick O’Connell managed the side for a 10-year period in the 1930s and 40s, leading them to their only La Liga title in 1935. Betis’ leading goalscorer that season was also an Irishman, Mike Finn.