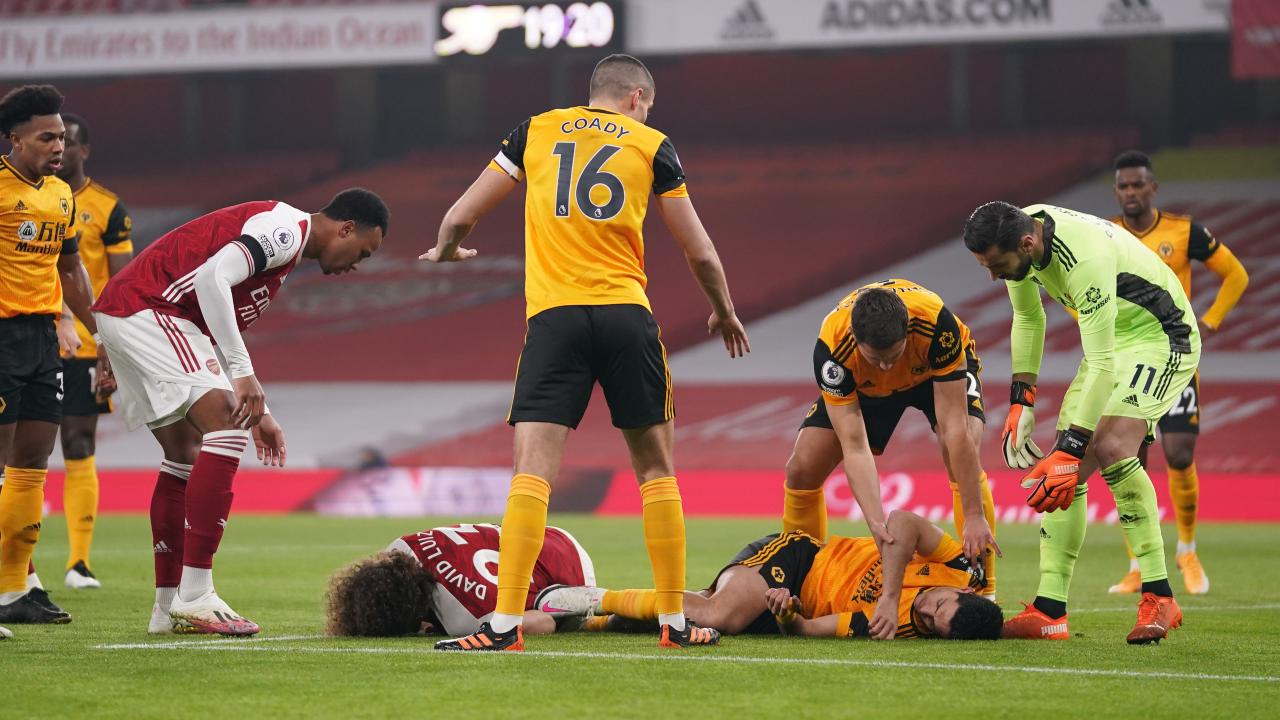 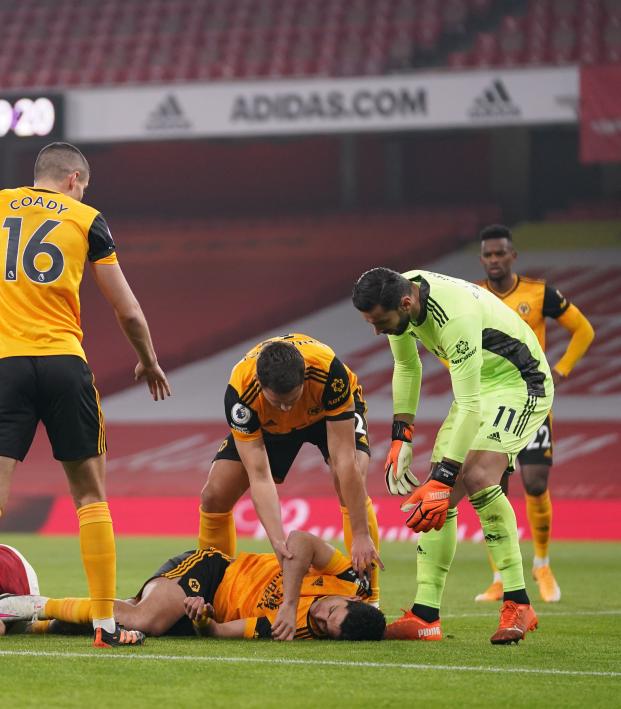 Reuters November 30, 2020
The Mexico and Wolves striker is now resting and will remain under observation for a few days.

Wolverhampton Wanderers striker Raúl Jiménez had an operation on his fractured skull following a clash of heads with Arsenal defender David Luiz during Sunday's game, the Premier League club said on Monday.

The Mexican forward needed oxygen on the pitch before being taken off on a stretcher and rushed to hospital.

"Raul is comfortable following an operation last night, which he underwent in a London hospital," Wolves said in a statement. "He has since seen his partner Daniela and is now resting. He will remain under observation for a few days while he begins his recovery. The club would like to thank the medical staff at Arsenal, the NHS paramedics, hospital staff and surgeons who, through their skill and early response, were of such help."

Arsenal were, however, questioned for allowing Luiz to play on with his head bandaged before he was taken off at halftime because he was uncomfortable heading the ball. Manager Mikel Arteta said they had followed concussion protocols to make sure the Brazilian could continue and that he had "responded really well" to all the on-field tests.

Manchester City boss Pep Guardiola believes the protocols needed to be made clearer to teams.

Luiz's return to the pitch after the collision also renewed calls for concussion substitutes to be introduced in football.

"Only last week we strongly criticized the International Football Association Board (IFAB) for its continued procrastination in introducing concussion substitutes into the sport," Luke Griggs, deputy chief executive at brain injury association Headway, said. "Too often in football, we see players returning to the pitch having undergone a concussion assessment — only to be withdrawn a few minutes later when it is clear that they are not fit to continue."