Raúl Jiménez Stretchered Off With Serious Head Injury Against Arsenal 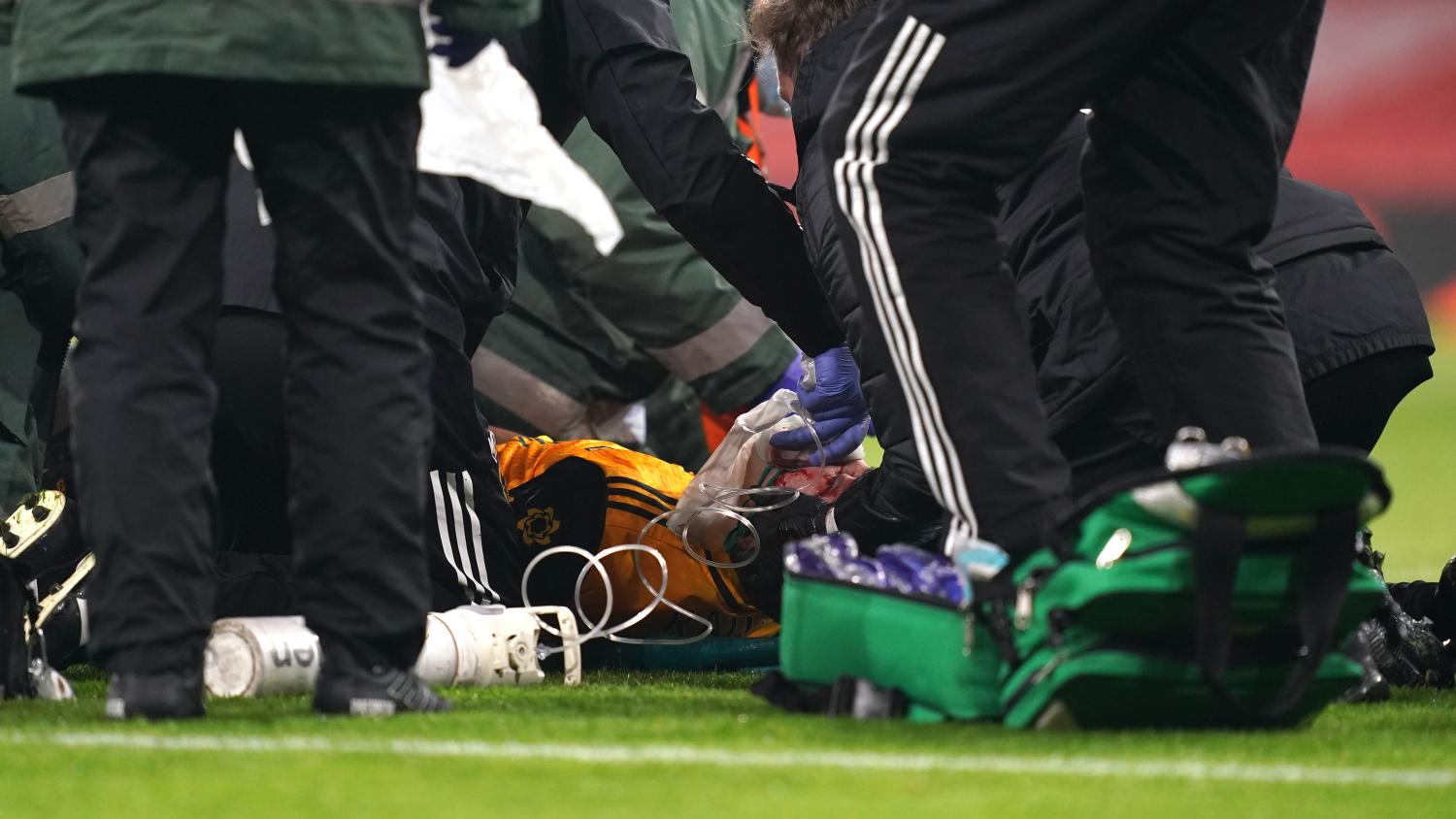 Sunday’s meeting between Arsenal and Wolves at the Emirates was brought to a halt in the fifth minute after an ugly clash of heads between David Luiz and Raúl Jiménez off a Willian corner kick.

Jiménez was stretchered off while receiving oxygen and replaced by Fábio Silva after coming off worse, whereas Luiz continued for Arsenal. Jiménez was then taken directly to a hospital.

Update: Jiménez is reportedly now conscious and responding to treatment.

Jimenez has gone down the tunnel on a stretcher receiving oxygen, Luiz stood over him talking to the Wolves medical staff. He's back on the pitch, no doubt Arsenal's doctors will have given him the green light to return, but that decision will come under real scrutiny I'm sure.

Raul Jimenez is stretchered from the field after he and David Luiz clash heads inside the Wolves box. Fabio Silva comes on in his place.

We will bring you more information on Raul as soon as we have it. #ARSWOL pic.twitter.com/qw2Tqk932m

The 29-year-old Mexican striker entered the match with four goals in nine league appearances this season after a return of 17 from 38 last campaign.