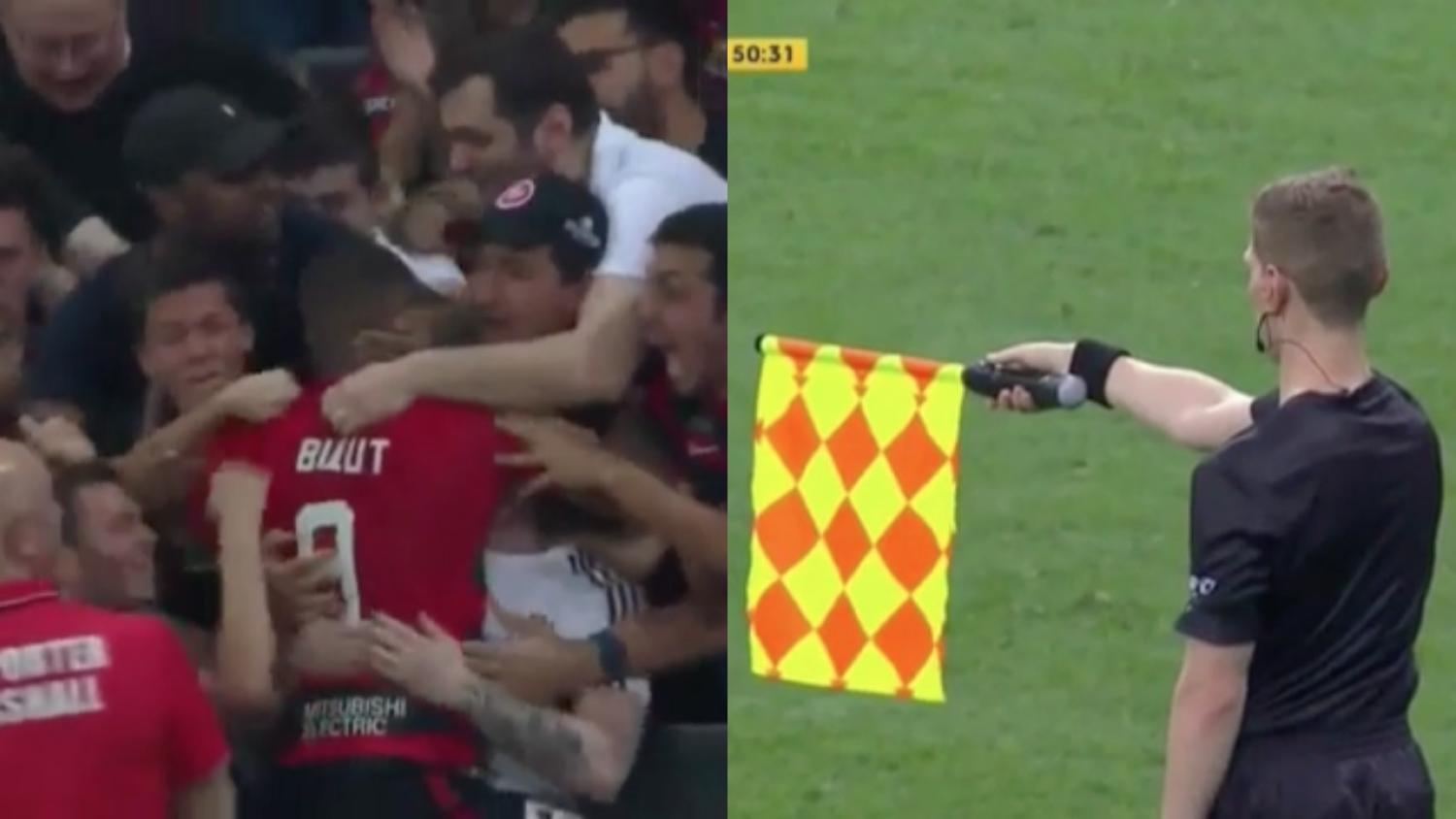 Western Sydney Wanderers’ Kerem Bulut shows us that football is an emotional roller coaster and there’s no getting off.
Streamable

Life is a cruel, cruel mistress. One second you’re rolling nothing but sevens and 11s at the craps table, your fellow bettors chanting your name as you bestow precious monetary gifts upon one and all. The next you’re crapping out, broke as the cellphone that you’ve just managed to drop into the toilet, and boarding your flight home from Vegas with nothing but a scant recollection of what personal pride feels like.

Western Sydney Wanderers’ Kerem Bulut went on a similar emotional roller coaster during an A-League match between his club and Melbourne City. With the scores level early in the second half, Bulut thought he’d put his side ahead by evading the attentions of the defense and calmly slotting beneath the onrushing keeper.

Cue a raw, unhinged display of carnal emotion — Bulut sprinted, he jumped over the advertising boards, he did the plane celebration, he embraced the supporters, he jumped, screamed, fist pumped and kissed the badge.

Then he noticed the offside flag.

To add insult to injury, replays showed that Bulut was indeed onside when he received the pass. If there was one positive for Bulut, it was that he’d been issued a yellow card earlier in the game. A refereeing stickler could’ve sent him off for time wasting, and that would’ve been very cruel indeed.