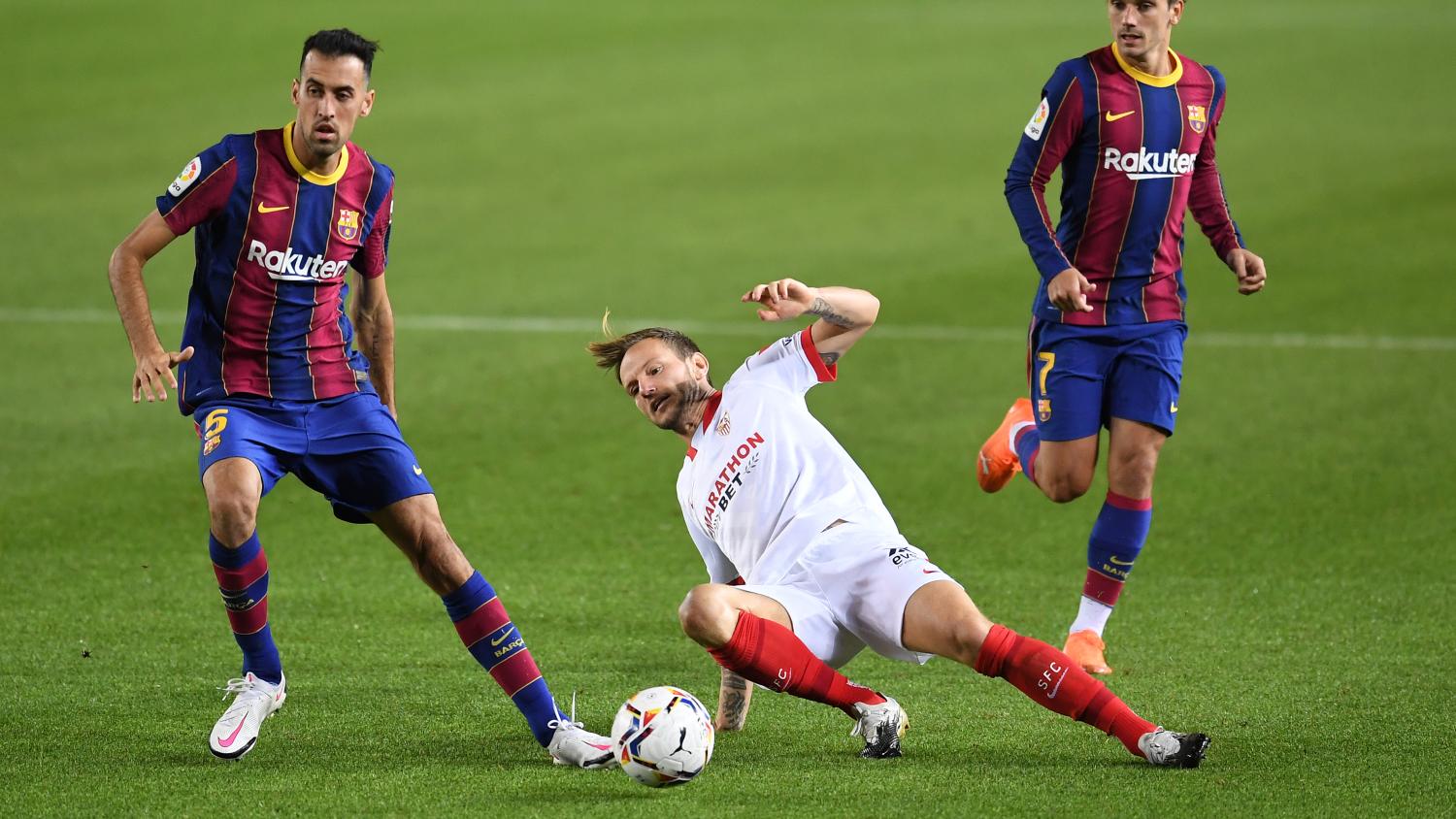 It’s 3rd vs. 4th in LaLiga followed by the second leg of their Copa del Rey tie.
The18

Ronald Koeman's Barcelona, third place in LaLiga on 50 points, travels south on Saturday to take on Sevilla, just two points behind them in fourth.

It will be Barça's second journey to the Ramon Sanchez-Pizjuan Stadium this month, after Julen Lopetegui's side earned a 2-0 victory over the Catalans in their Copa del Rey semifinal first leg on Feb. 10. Ivan Rakitić, who rejoined Sevilla in September after six trophy-laden years in Barcelona, scored the second with just minutes go in that game.

A win for Koeman's side on Saturday, ahead of the semifinal second leg on March 3, would take the club into second above Real Madrid, at least temporarily. Sevilla, though, with a game in hand, could leapfrog its opponents with a seventh straight league win.

Lopetegui's men have won 10 of their last 11, the only defeat a narrow 3-2 result against Borussia Dortmund in the Champions League last week. The Andalusian side's defense has been rock solid of late, helping keep nine clean sheets in that stretch of 11 games.

It has been an inconsistent season for Barcelona amidst turmoil with the board and drama surrounding Lionel Messi, but results have improved of late — a dispiriting 4-1 defeat to Paris Saint-Germain in the Champions League aside. Koeman has faced criticism for his tactics and team selection, but Barça is undefeated in 14 in the league and still alive in the title race.

Messi has done an exemplary job of tuning out the noise and fired his way to the league lead in goals this season with 18 so far, at times keeping Barça afloat single-handedly (as he has seemingly had to do for years now). He scored twice in the most recent league game against Elche to help Barcelona to a 3-0 win.

Barça had won seven of eight league games ahead of that fixture, the only dropped points coming from a 1-1 draw with newly promoted Cádiz, whose shock 2-1 victory over the Catalans in December was perhaps the low point of Barça's season.

Koeman is still unable to call upon Philippe Coutinho, Ansu Fati and Sergi Roberto through injury. Ronald Araujo is also a doubt for Barcelona. Sevilla will be without influential winger Lucas Ocampos as well as left back Marcos Acuña. The game will kick off at 10:15 a.m. EST on beIN SPORTS.