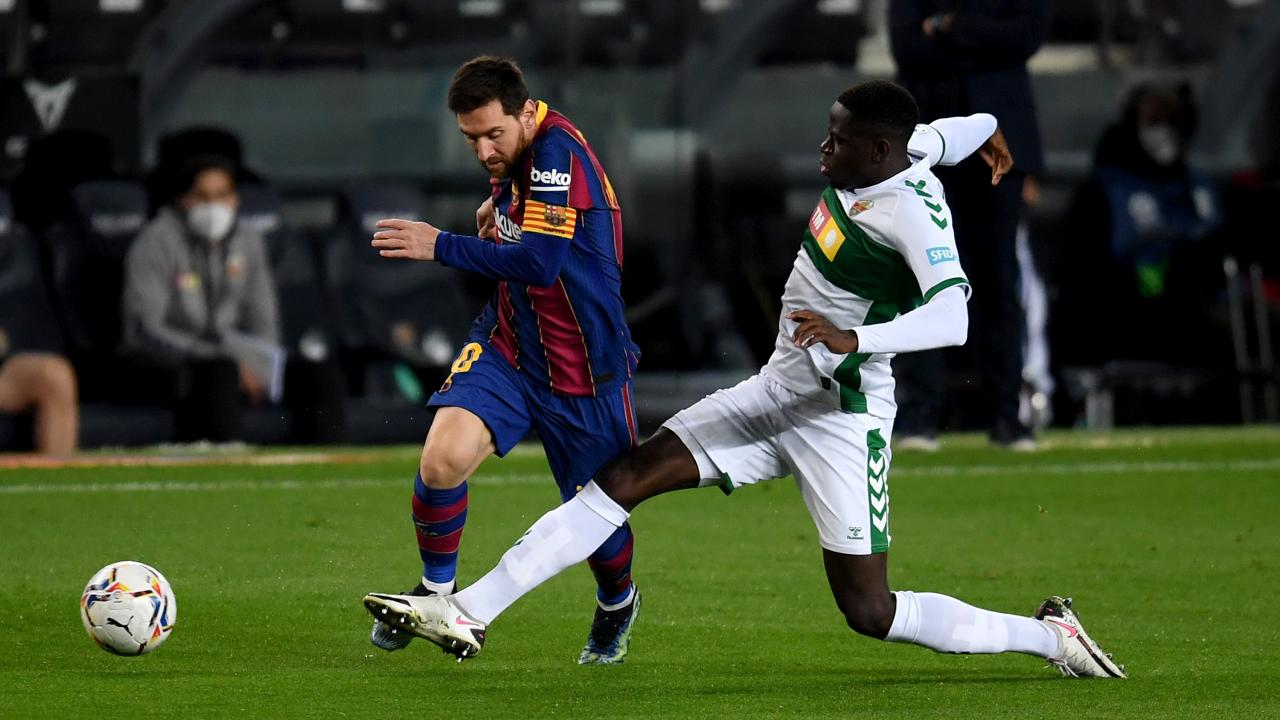 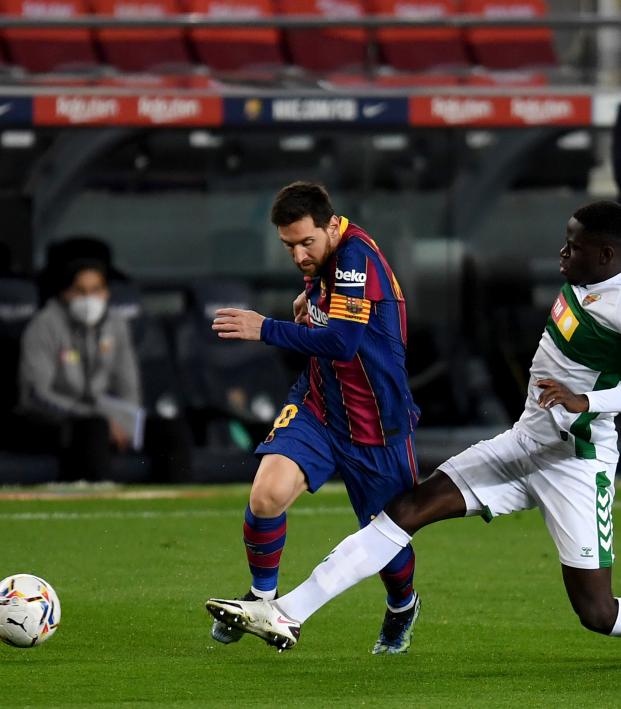 Connor Flemng February 24, 2021
Messi was at his best in Barça’s easy win over Elche.

Barcelona stayed within two points of Real Madrid and five of Atlético following a comforting 3-0 win over relegation-threatened Elche at the Camp Nou on Wednesday. Lionel Messi was the star of the show with two goals before playing a large role in Jordi Alba’s third, and the Argentine is now LaLiga’s outright top scorer with 18 goals in 22 games.

The first half saw nice bits of skill from Frenkie de Jong, Messi and Pedri, but Barcelona couldn’t find the opener with Francisco Trincão wasting the best opportunity of the opening 45.

But Elche’s resistance was broken in spectacular fashion just three minutes into the second half. Messi took possession some distance from goal, sprinted through two defenders and invited another to put in a challenge while laying it off to Martin Braithwaite at the top of the area.

Braithwaite’s return ball to Messi was perfectly weighted and took Gonzalo Verdú out of the equation, allowing Messi to direct his finish back across the face of goal.

Twenty minutes later, Messi made it 2-0 following a breathtaking run from De Jong. I’m not entirely sure how De Jong then picked out Messi at the top of the box, but it was beautifully done. Messi still had to drift through two players before clipping his finish between the goalkeeper and another Elche defender, but he’s more than capable of doing such things.

Alba scored the third in the 73rd minute after Messi played a perfect ball over the top of the defense to Braithwaite, and the striker headed a pass back across the face of goal for Alba to finish.

☠️ JORDI ALBA puts the game to bed with Barcelona's third goal of the second half! #BarceElchehttps://t.co/vhzGaOBmzf

Barcelona now plays back-to-back games against Sevilla. The first is in the league on Saturday; the second is in the Copa del Rey next Wednesday.