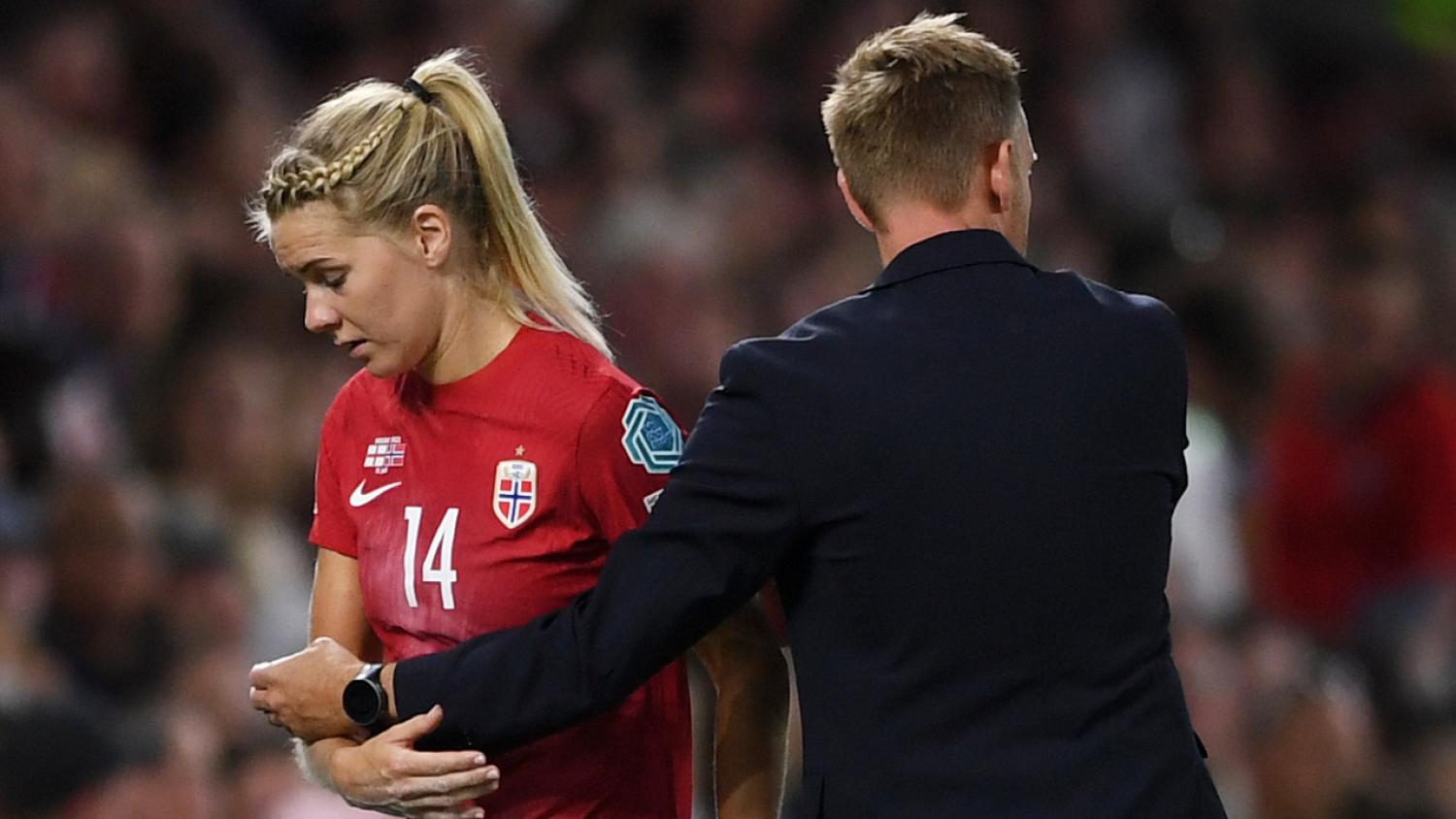 In Norway, this sort of sporting crisis is typically only reserved for news of Sweden making inroads on Olympic medals in cross-country skiing. But on Monday, Norway's proud women's national team — one of the few to have won a continental title, a World Cup and Olympic gold — suffered the worst defeat in European Championship history: an 8-0 capitulation to England in Brighton.

It started innocuously enough with England winning and converting a soft penalty in the 12th-minute, but instead of being galvanized by the injustice of it all, England added five more in the first half and two in the second.

There's no excuse for how poor Norway was on the day. 45-year-old manager Martin Sjögren wouldn't be doing any harm by resigning from his post with immediate effect, because yes Norway is still in contention for the knockout round, but the side's attitude Monday pointed to a total lack of leadership.

This was an entirely different performance from the one we watched Sunday when France put five past Italy to win 5-1. Les Bleues scored all those goals in the first half from an xG of 3.41. It wasn't catenaccio from Italy, but France had a couple breathtaking finishes to leave them stunned. And despite being totally against it in the second 45, Italy won that half 1-0 (hooray!).

England didn't need that brilliance against Norway. The 8-0 scoreline had the astonishing xG finish of 6.06 to 0.50. What that indicates is a complete lack of defending from Norway. On the ESPN broadcast, Julie Foudy called out the center back pairing of Maria Thorisdóttir and Maren Mjelde so often that she apologized for sounding like a broken record.

Beth Mead nets a hat-trick in a ruthless display from the Lionesses. #WEuro2022 | #Lionesses pic.twitter.com/DKBk1jPZJs

How did this happen? Norway entered the match just three places behind England in the FIFA rankings. At the 2019 World Cup, it looked like a Hegerberg-sized hole in the attack was the only missing piece from a potential trip to the final four.

Prior to the match, Norway midfielder Frida Maanum said she liked her side's chances against the hosts. England boss Sarina Wiegman predicted "an open match" and "exciting" affair.

England ended up putting 14 shots on frame while Norway failed to land one on target. The Lionesses attempted 19 crosses and completed nine of them — completing 47% of your crosses is insane — while Norway only completed one of eight. As Foudy said, the days of Norway dominating the air are clearly at an end.

Monday offered a mountain of evidence that Sjögren isn't getting the most out of Hegerberg, Caroline Graham Hansen and Guro Reiten in attack, and the defensive shape between the backline and midfield doesn't exist.

Critics claimed that Sjögren was out of his depth before the Euros and now they certainly have their validation.