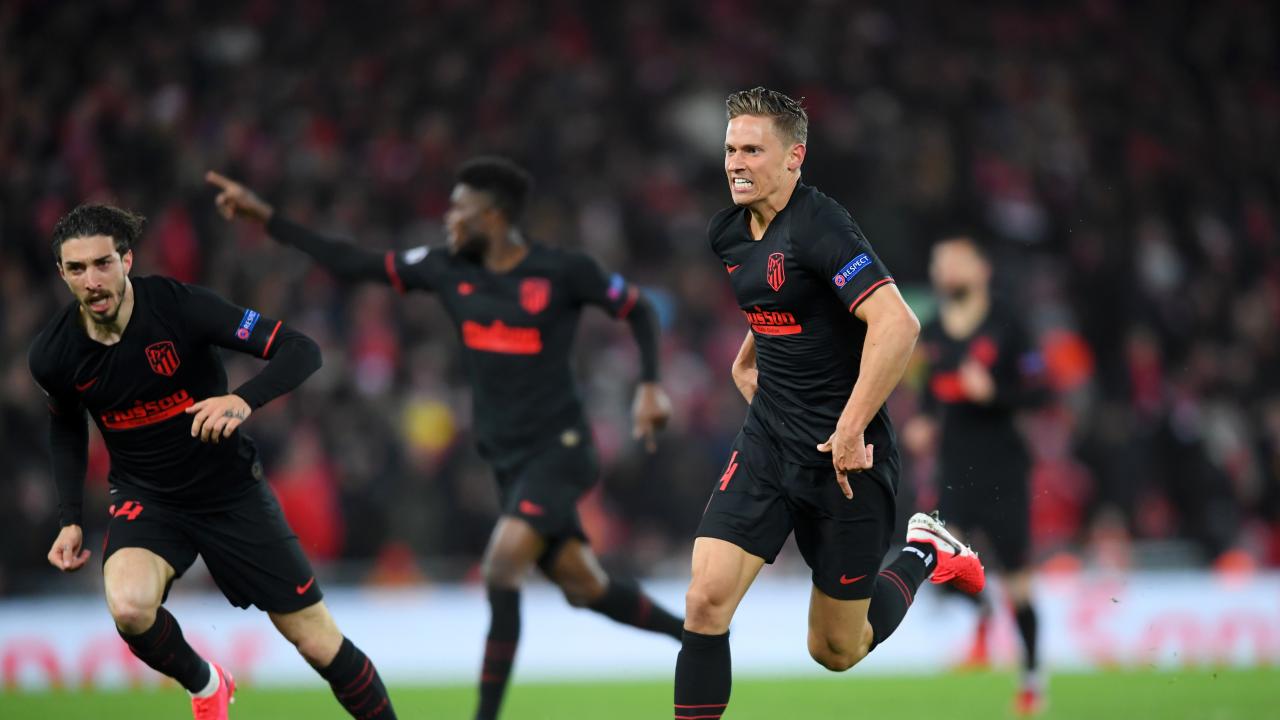 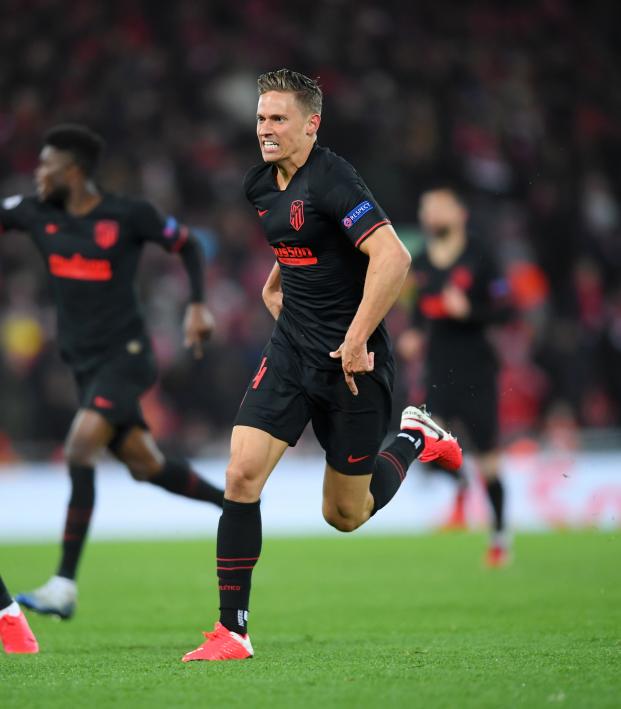 Marcos Llorente Explains How One Night At Anfield Changed His Life

Reuters November 20, 2020
The Atlético Madrid player transformed his career with one memorable performance.

But in Saturday's match between the two La Liga rivals he will be one of his side's main goal threats after making an remarkable transformation from a little-used holding midfielder to a deadly forward, capable of turning big matches on his own.

Llorente truly announced himself as an unlikely hitman with two stunning extra-time goals in Atletico's 4-2 win over then Champions League holders Liverpool at Anfield in March.

He explained how coach Diego Simeone had been carefully preparing him for the positional change, helping him make a strong start by scoring in his first appearance as a forward in a 2-2 draw with Valencia last February.

"He had warned me a few weeks before that it was a possibility I could play a bit further forward and told me to get ready for it," Llorente told a La Liga conference call on Thursday.

"The moment eventually came and things went pretty well in the game and I've made a lot of progress since."

Yet he truly made his mark one month later.

"The Anfield game was a turning-point in my career, it changed my life," added Llorente, whose father Paco played for Atletico and Real Madrid while great uncle Francisco Gento was a six-times European Cup winner with Real.

"It was a very special game, probably the best I've ever played."

Llorente gets a regular reminder of his career-changing performance every time he visits his mother, who chose to name a puppy after the stadium where Marcos made his name.

"My mother is a great support for me, she suffers a lot whenever she watches my matches and she was really happy for me that day, it really made a mark on her," he explains.

"A month later we bought her a dog and she was so fond of that match she decided to call him Anfield."

Llorente admitted to watching many replays of his breakthrough match during the coronavirus lockdown, but he has really kicked on since, scoring four goals this season and helping Atleti win five of their first seven games.

He also earned a first Spain call-up this month, making his debut against the Netherlands last week.

"You cannot live off one game," he added.

"Things changed for me since then. I took the next step."