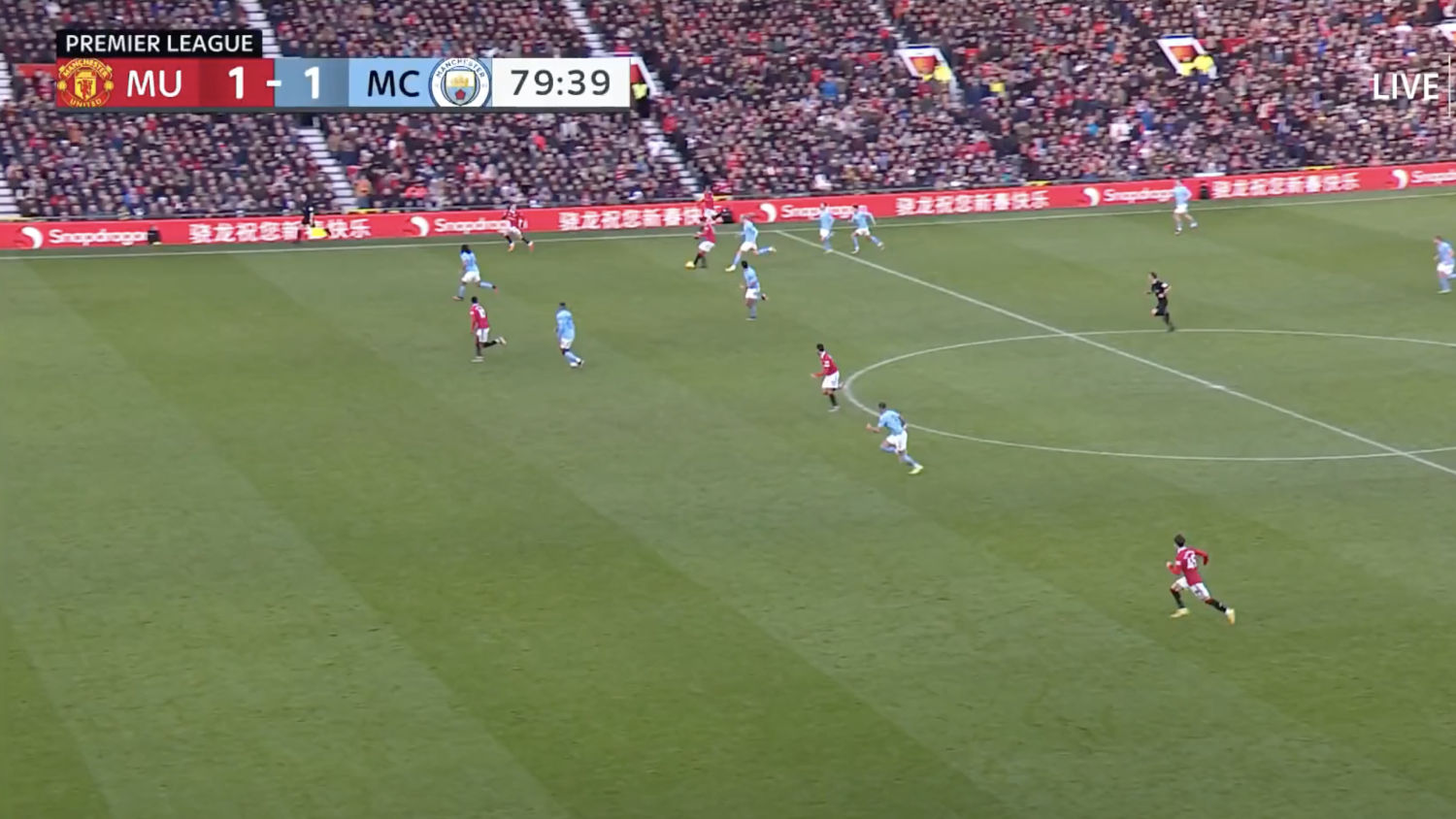 MANCHESTER — In-form Marcus Rashford scored a late winner as Manchester United came from behind to beat rivals Manchester City 2-1 on Saturday, dragging Erik ten Hag's rejuvenated side back into the Premier League title race sooner than anyone expected.

England forward Rashford completed the turnaround eight minutes from time to score for the seventh successive match in all competitions, the first United player to do so since Cristiano Ronaldo in 2008.

The hosts had looked beaten after Jack Grealish had headed City in front just after the hour mark, with the champions looking in control until Bruno Fernandes levelled in the 78th minute, and Rashford finished the job in dramatic fashion.

A ninth successive win in all competitions for United was celebrated with real vigor, as they moved to within a point of City in second, giving Arsenal the chance to go eight points clear at the top of the standings with a win over Tottenham Hotspur on Sunday.

"Scoring a goal and winning the game, that's always the aim. This game is a little special," Rashford told BT Sport.

"It's a change of dynamics. I've said many times but options off the bench even when we've had injures, players out of position, everyone is putting a shift in.

"Anything is possible. We’re very pleased to come back and win."

The hosts had the best chances of a tense first half at Old Trafford, with Rashford seeing a tame effort blocked on the line by Manuel Akanji, while City struggled to get going.

City were much improved after the break, and the pressure told as Grealish stepped off the bench to head his side into the lead in the 61st minute, 193 seconds after coming on, on the end of a superb cross from the potent assist-maker Kevin De Bruyne.

JACK GREALISH PUTS THE CHAMPIONS ON TOP AT OLD TRAFFORD!

However, with United looking second best, they produced a remarkable turnaround, out of nowhere, to turn the match on its head and get fans dreaming of a first league title in a decade.

There was an element of controversy about United's equalizer in the 78th minute, with Rashford initially flagged offside as Fernandes swept the ball home, with the goal given following a VAR review, much to City's incredulity.

I mean, that is offside right? Even if Marcus Rashford didn't touch the ball, he clearly impacts play. #MUFC 1-1 #MCFC

There’s a few ways that Rashford is offside IMO, but this one I think is the strongest. pic.twitter.com/cjG3ojFPdj

Bruno Fernandes goal stood because Marcus Rashford didn't touch the ball and was ruled to not have impacted a defender. #MyPLMorning | #MUNMCI pic.twitter.com/nt2whnApL3

"Distract our keeper and distract our defender. The rule I don't know is the rule"

Rashford was then the hero once again for United, sliding home a pinpoint cross from substitute Alejandro Garnacho to snatch a thrilling late win for the hosts, who beat City for only the second time in eight attempts at home in the league.

MARCUS RASHFORD CAN'T STOP SCORING AND MANCHESTER UNITED HAVE STORMED BACK TO TAKE THE LEAD!

40.3% - 27 of Marcus Rashford's 67 Premier League goals have been the winning goal of the game, the highest percentage of any player with 50+ goals in the competition's history (40.3%). Decisive. #MUNMCI pic.twitter.com/LMRtz3yzJb

"The game was really good," coach Pep Guardiola told BT Sport. "We played good. They are incredible in transitions. Congratulations to the team. I'm proud to come here and play with this personality. They punished us in transitions."