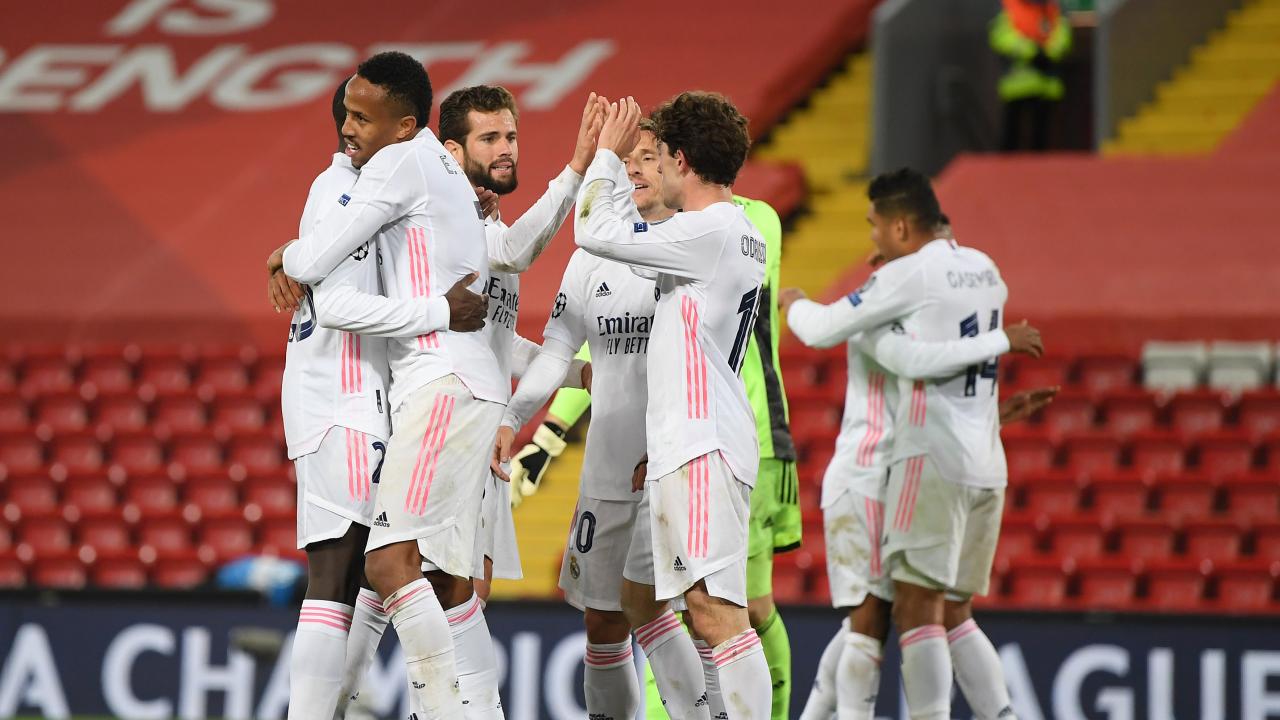 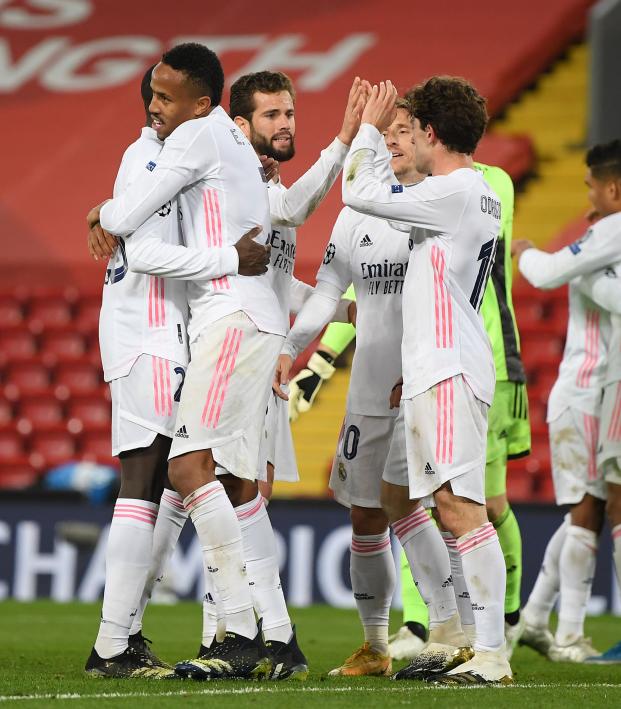 Real Madrid entered the second leg of the Champions League quarterfinals with a two-goal advantage. Los Blancos played as if they had an even larger cushion, looking comfortable and professional — even boring at times — in a 0-0 draw to complete a 3-1 aggregate victory over Liverpool on Wednesday at Anfield.

Zinedine Zidane is back in the Champions League semifinals with a squad brimming with assuredness, sandwiching strong performances against the reigning Premier League champion around beating archrival Barcelona on Saturday. Wednesday’s match saw Merengues players oozing with confidence; they had their share of last-ditch defending but never really looked worried.

Not even having the windows shattered on the club bus on the way to Anfield could rattle Real Madrid.

Real Madrid's team bus was damaged after being targeted by Liverpool fans near Anfield.

From a Liverpool perspective, there was seemingly no belief, no fight, no memorable comeback as we’ve almost come to expect. The forward line of Mohamed Salah, Roberto Firmino and Sadio Mané merely went through the motions. Of the team’s 15 shots, only four reached the target, as Nacho and Éder Militão were always there to get a foot in the way.

This doesn’t mean the end of Jürgen Klopp’s Liverpool — Real Madrid is a pretty hecking good team — but it perhaps shows the limitations of a squad with no first-choice center backs healthy. Then again, Real Madrid has had its share of injuries this year. (Remember Sergio Ramos? How about Eden Hazard?)

Things could have been different for Liverpool. The Reds were roaring early, forcing Thibaut Courtois to work in the opening minutes. But when that early goal didn’t come, Klopp’s side quickly ran out of ideas. Liverpool continued to create chances, but rarely did it actually look like it could score. Salah couldn’t find a way through the mass of defenders, Mané slipped at the worst times and Firmino either hit his shot into a defender or Row Z.

A lively start from Liverpool and Mo Salah pic.twitter.com/fN1a5oxCM2

Liverpool had a similar start to the second half, with Firmino being denied by Courtois, but again fizzled out as the half wore on, with Real always in position to deny defensively.

Despite Liverpool needing at least two goals, some of the best chances fell to Real Madrid. Karim Benzema, who was superb playing more as a false nine than his usual poacher’s nine, had a cross deflected onto the post in the 20th minute and nearly followed up a Vinícius Júnior miss but for Alisson reacting quickly for a double denial.

Real Madrid will face Christian Pulisic and Chelsea in the semifinals on April 27 and May 4. The Blues have been playing well under Thomas Tuchel, but Zidane will fancy his chances to meet either PSG or Manchester City in the final to aim for his fourth big-eared trophy as coach, three more than he achieved as a player.