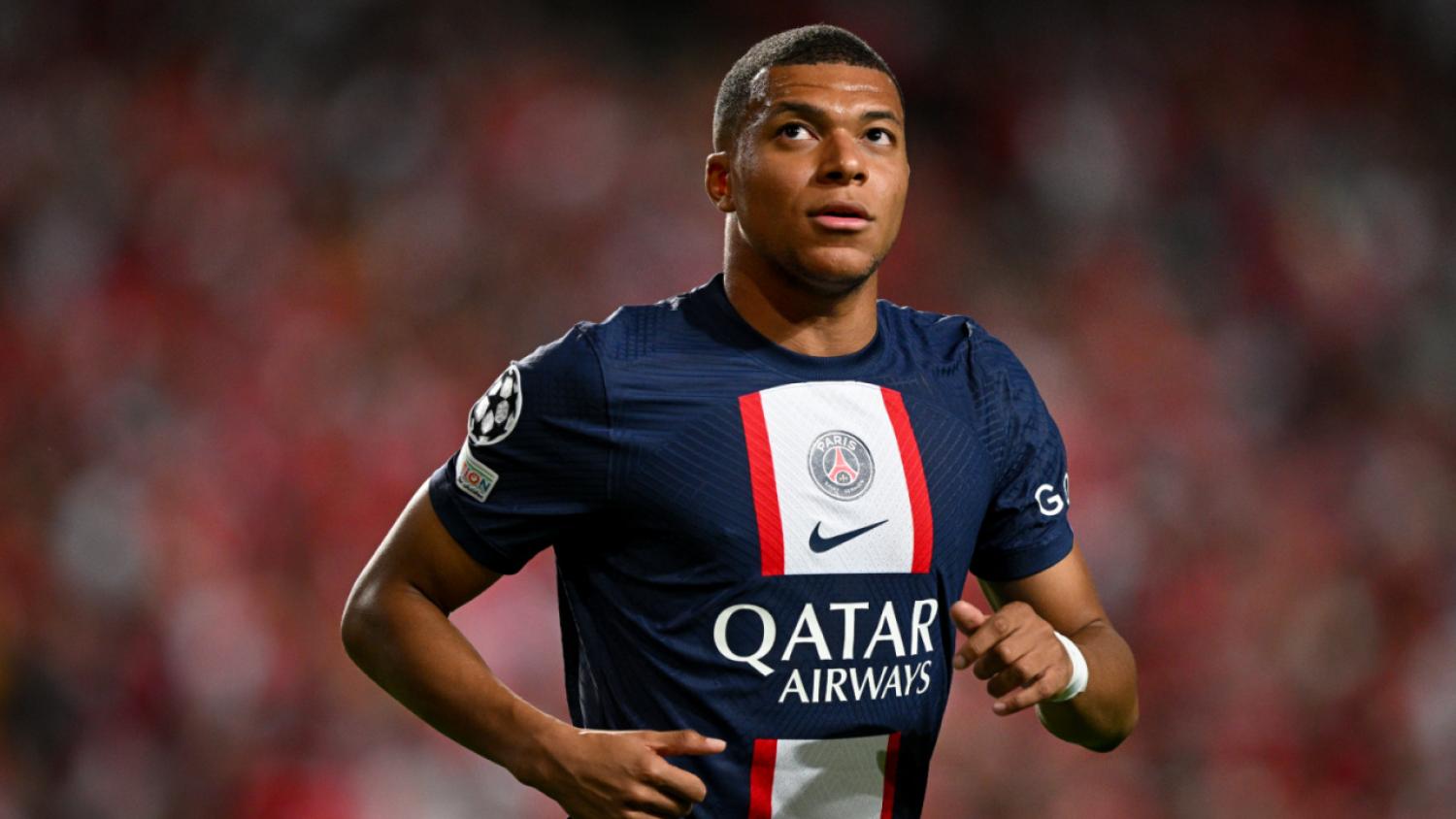 The 23-year-old got his side's only goal from the spot.
Getty Images

There was a time, with his contract willfully running down last season, when it looked like a Kylian Mbappé Real Madrid transfer was a foregone conclusion. The World Cup winner had already accomplished everything imaginable in French football at the age of 23 (five league titles, five cup triumphs and three Player of the Year awards), and the realization of Mbappé's childhood dream of playing at the Santiago Bernabéu was promised by Florentino Pérez himself.

There was always the allure of representing the city of his birth on the Champions League stage and finally delivering that elusive trophy to les Parisiens, but it really came as a shock, and a pointed one, when Mbappé announced his future back on May 21, just seven days before Real Madrid's 2022 UCL final against Liverpool at the Stade de France.

LaLiga was left seeking legal damages, although Pérez's ego was assuaged by Real's triumph over the Reds, while Mbappé pledged himself to the Parc des Princes for three more seasons.

The numbers behind Mbappé's extension transformed him into the game's highest contractual earner. The 23-year-old reportedly received $100 million as a signing bonus, as well as a yearly salary of $50 million to bring his total earnings to $250 million over three years.

However, things become murkier with regards to how much power Mbappé was given in the club's transfer decisions and what promises were immediately made. At the time of Mbappé's extension, it was said that sporting director Leonardo's departure and the appointment of Luís Campos was down to the star's new influence. However, it seems like this was one of the only wishes Mbappé was granted.

On Tuesday, the bombshell dropped (confirmed by Fabrizio Romano so there's no doubting it): Mbappé wants an extremely quick January exit because of a broken relationship with club hierarchy.

According to reports, Mbappé is displeased with the direction PSG took in the summer. He wanted to play alongside a true striker up top — like he does with France — and that's where there's a lot of truth in the rumor that Mbappé wanted PSG to sell Neymar.

However, Christophe Galtier replaced Mauricio Pochettino and continued with a 4-3-3 formation after a relatively quiet transfer market from the club. PSG's biggest signing was Vitinha, a young Portuguese midfielder, and Mbappé's plea for a dominate center back also went unanswered.

So while the contract was right, the promises have gone largely unfulfilled. The counterpoint is that Mbappé's been playing alongside the sharpest versions of Neymar and Messi this season, and PSG hadn't tasted defeat in Ligue 1 or the UCL heading into Tuesday's match against Benfica.

With Messi out injured, Pablo Sarabia joined Mbappé and Neymar in a front three. There was never a question of Mbappé's professionalism — his entire career has largely been played under the shadow of one large transfer rumor — but it was interesting to see him take to the pitch in a supposedly despised system, surrounded by supposedly despised teammates (Neymar, Vitinha and a back three with the aging Sergio Ramos and Danilo Pereira).

The PSG Ultras — who made a huge point of not including Mbappé in all of last season's criticisms — again made no visible show against their favored son.

And after showcasing his frightening change of pace on a couple dribbles, it was Mbappé who was always stepping up to take the penalty in the 39th minute after full-back Juan Bernat was taken out in Benfica's area.

Mbappé made no mistake with his fourth UCL goal of the campaign, 12 across all competitions, to go ahead of Edinson Cavani all-time in PSG's UCL goalscoring chart with 31.

The camera immediately cut to chairman Nasser Al-Khelaifi in the stands.

Mbappé opens the scoring for PSG.

Mbappé then sent a curling effort just wide in the 52nd, watched Benfica level with a penalty of their own in the 62nd, and tore off on a thrilling run that required a last-ditch tackle in the area in the 65th. It looked like Mbappé had scored a remarkable winner with a side-volley in the 86th, but he was offside. His final act was sprinting off in the 90th (replaced by summer signing Carlos Soler) while looking slightly uncomfortable following a knock.

Things would finish 1-1, and given Juventus' shock 2-0 defeat to Maccabi Haifa earlier in the day, it's a good result for both clubs. However, it won't convince Mbappé to reconsider his stance.

PSG has big league matches against third-place Marseille and second-place Lorient, as well as UCL games against Maccabi Haifa and Juve, but then it's the World Cup followed by the January window. Staying at PSG still seems like the most obvious outcome, but if Mbappé does leave in January...

Even after the extension it was a popular theory that Mbappé wouldn't stay for the entirety of the three-year deal; he'd be on his way to Madrid after a year or two. Real made one large signing in the summer — midfielder Aurélien Tchouaméni from Monaco — but they have the funds for Mbappé.

10th-place Liverpool could certainly use an injection like Mbappé with 31-year-old Roberto Firmino suddenly looking like Jürgen Klopp's best attacking option, but the club did just drop $71.5 million on Darwin Núñez and Klopp's expected to get the most out of the 23-year-old.

33-year-old Pierre-Emerick Aubameyang was an emergency signing by chairman Todd Boehly, but the American would love a bit of Mbappé at Stamford Bridge. No word on if the Frenchman prefers Graham Potter over Klopp and Carlo Ancelotti.

How many levers would Barça have to pull to get Mbappé to the Spotify Camp Nou? Would Haaland + Mbappé really be necessary? Is Mbappé willing to swap the Seine for the Tyne? These are the outsiders.