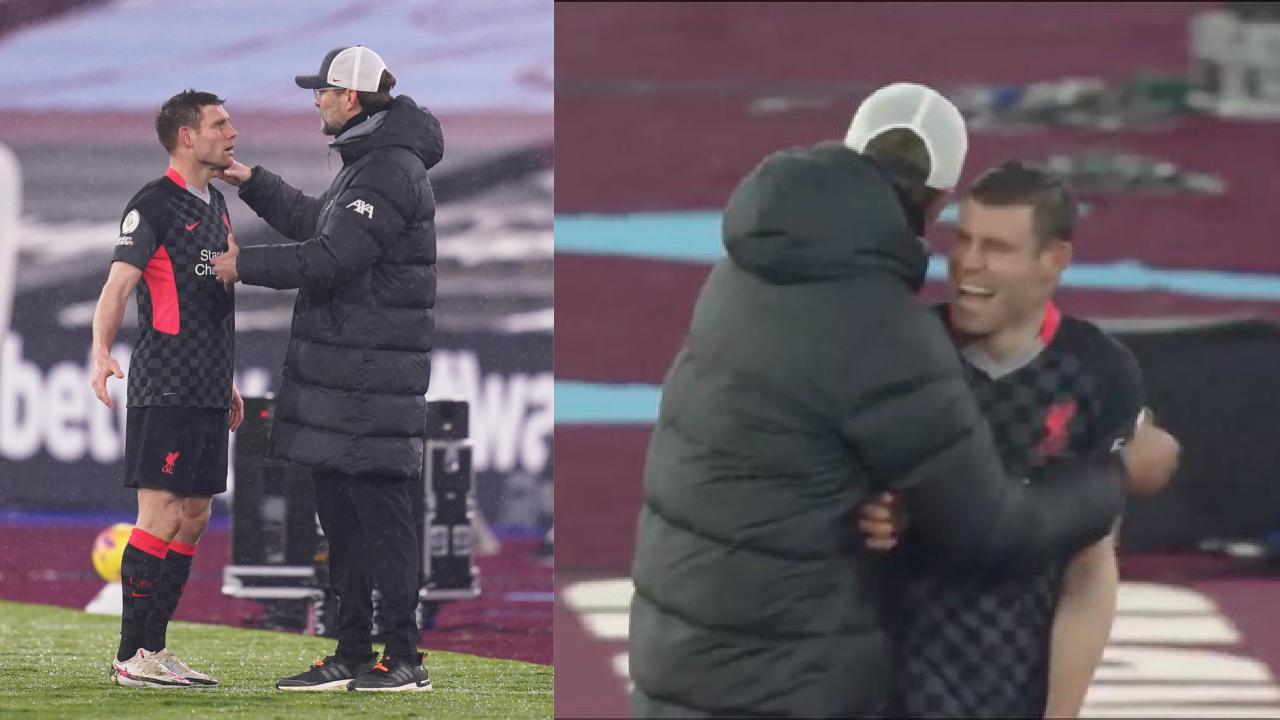 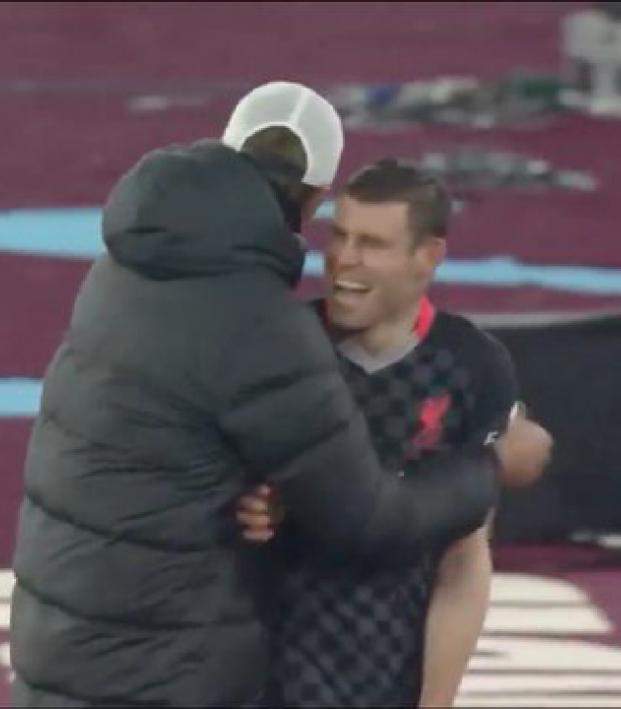 Connor Fleming January 31, 2021
Jürgen Klopp’s decision to hook Milner for Curtis Jones was an inspired one.

With Sadio Mané injured and Roberto Firmino on the bench, Liverpool turned to Mohamed Salah for attacking inspiration against West Ham on Sunday. The men charged with feeding him the ball included Xherdan Shaqiri, Thiago, Georginio Wijnaldum and James Milner, but the opening 45 minutes passed without any clear chances generated.

The first man to pay the price for Liverpool’s blunted edge — and an individual error that allowed Michail Antonio to fire narrowly wide — was Milner. The veteran didn’t exactly appreciate getting the hook on 57 minutes for a player that’s 15 years younger than him, and he showed his displeasure while walking off the pitch before engaging in an animated discussion with Klopp.

But before Milner could even find his seat on the bench, Liverpool had the opening goal after his replacement, Curtis Jones, slipped Salah through out wide before the Egyptian cut inside and curled one toward the far post.

“He was not unhappy,” Klopp said about his talk with Milner. “At halftime we changed the formation a little bit, and Milly was a little bit deeper, like a double six with Gini, Thiago slightly higher. Milly’s hamstring had stiffened up slightly, so we told him ‘be controlled, more passing than running,’ stuff like this.

“But it was clear we would take him off, we just waited until Curtis was properly warmed up. Then I saw the last, long sprint Milly had and I thought we’d missed the moment! I was really, really worried. He came off and said ‘you tell me I have to play deep and run less, and now you take me off!’ but then he came back (after Salah’s goal) and said ‘yes, good point, good decision!’ All fine.”

Liverpool would score two more beautiful goals in the second half.

Salah made it 2-0 in the 68th after a flowing counter that began with Trent Alexander-Arnold spraying it out wide to Shaqiri, who hit a first-time switch into the path of the Egyptian. From there, Salah made no mistake with his control and finish.

✅ The counter overall
✅ That first touch from Salah #WHULIV pic.twitter.com/caXvpzqn0m

The third was unselfishly composed by Firmino and finished by Wijnaldum after a nice passing move through West Ham’s midfield.