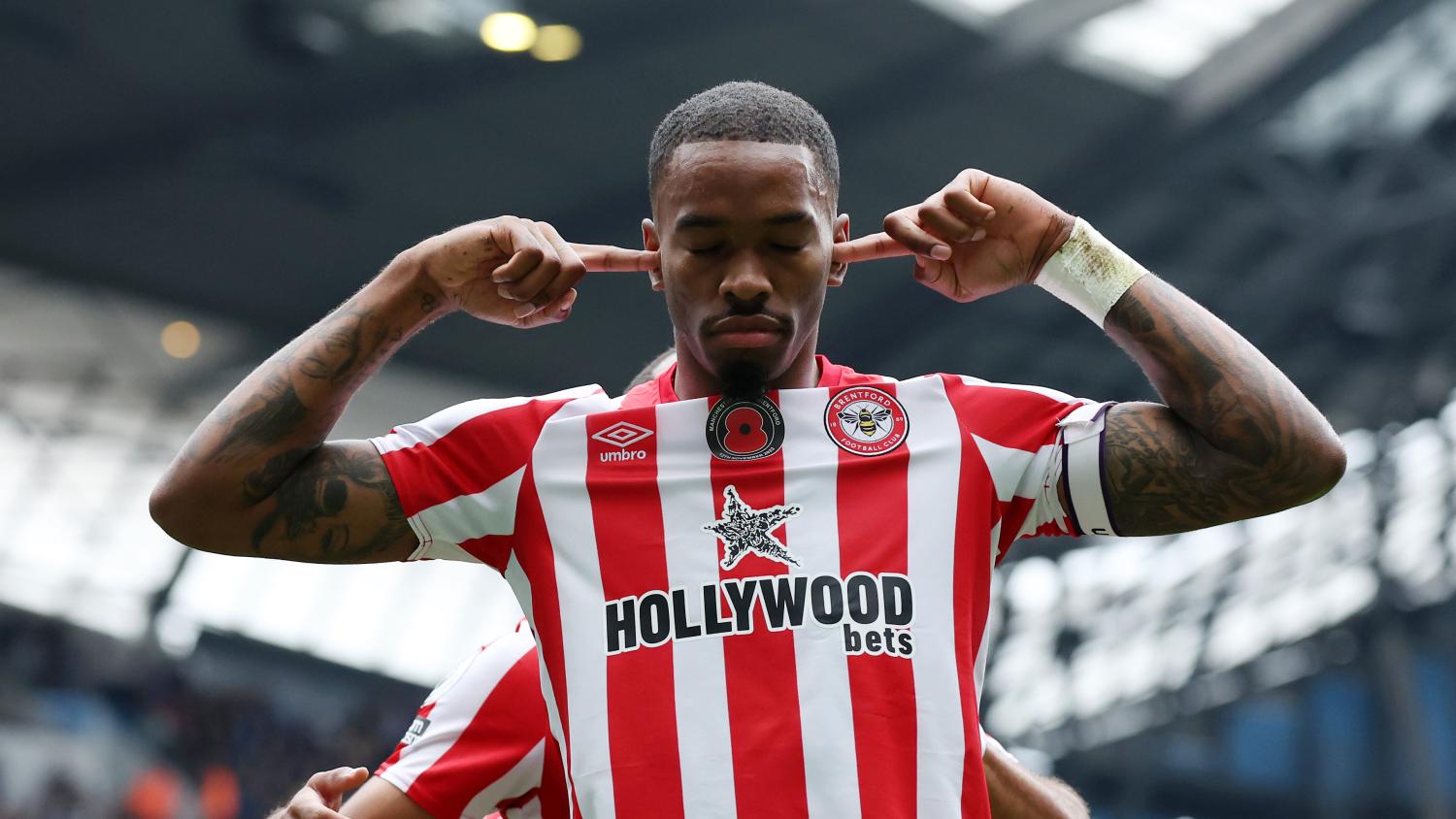 The Cityzens stumbled and fell at home as Ivan Toney's superb performance gave Brentford their first road win of the season.
Getty Images

Who saw this coming? Just days after being left off England’s World Cup squad, Ivan Toney is the hero at the Etihad as Brentford gets its first win away from home on the season. His brace was the difference in the Bees’ 2-1 victory which ensures that Arsenal will be top of the Premier League going into the break.

Toney’s winner was the latest goal in the league so far this season. The Brentford forward finished the swift counter-attack with a goal that would feel at home on the Man City training ground. Those trips to the touchline preceding a ball fizzed into the corridor of uncertainty are quintessentially Guardiola. There's absolutely something poetic about the Cityzen’s defeat being inflicted by a goal they couldn’t find themselves.

While Toney’s second goal was full of Cityzen influence, his first was fully Brentford. A long ball over the top was won by Ben Mee before Toney found his way onto the subsequent header, sending it looping over a stranded Ederson.

On Thursday, Gareth Southgate named his 26-man-squad for the 2022 FIFA World Cup, and controversially did not include the Brentford man. At the time of writing, Toney’s ten goals in the Premier League put him third behind only Erling Haaland and Harry Kane, not exactly bad company. After today’s match, the England boss will likely be questioning his decision.

Brentford take the lead at the Etihad thanks to Ivan Toney!

Guardiola’s side was only in the match thanks to a stunning finish from Phil Foden. A corner kick found its way across the penalty box to the Stockport native who hammered a strike into the roof of the net from a thoroughly difficult angle.

What a finish by Phil Foden to level the match just before the half!

The win puts Brentford in and amongst the midtable clubs, while Man City maintains its position of second in the league. With the World Cup looming large, Guardiola’s side would have hoped to put a bit more pressure on Arsenal who have the chance to go five points clear when they take on Wolves later today.