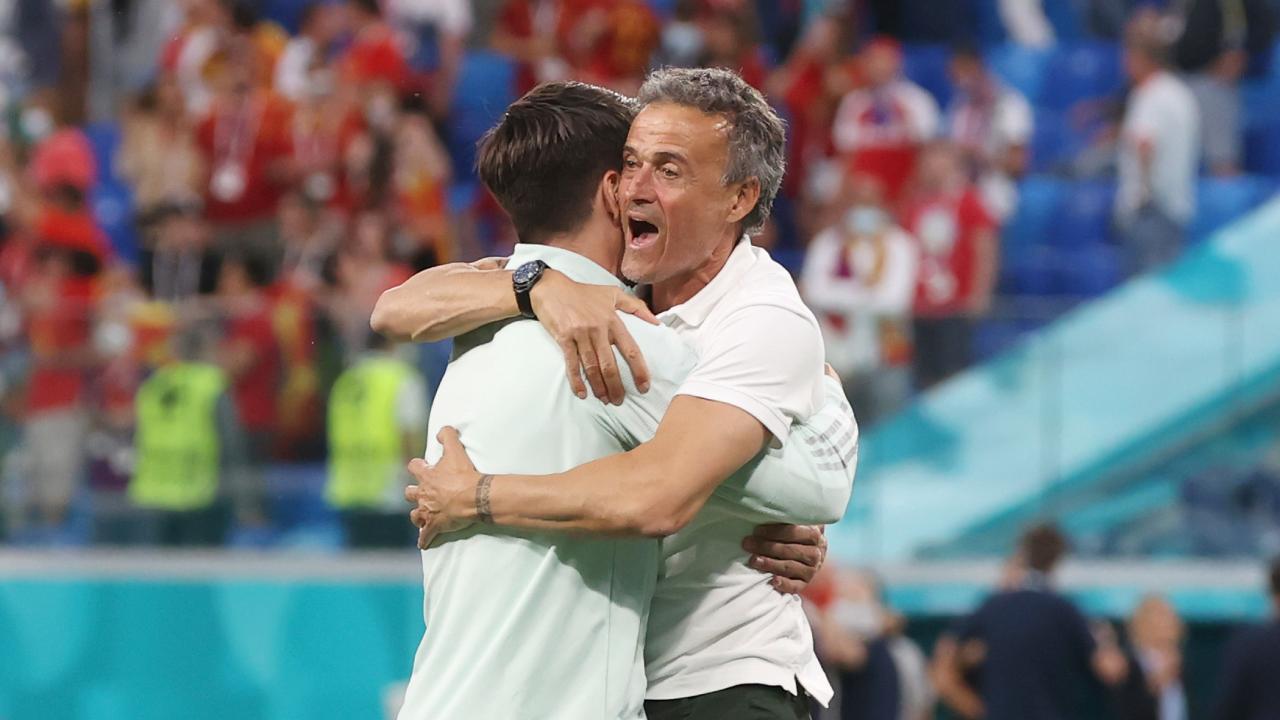 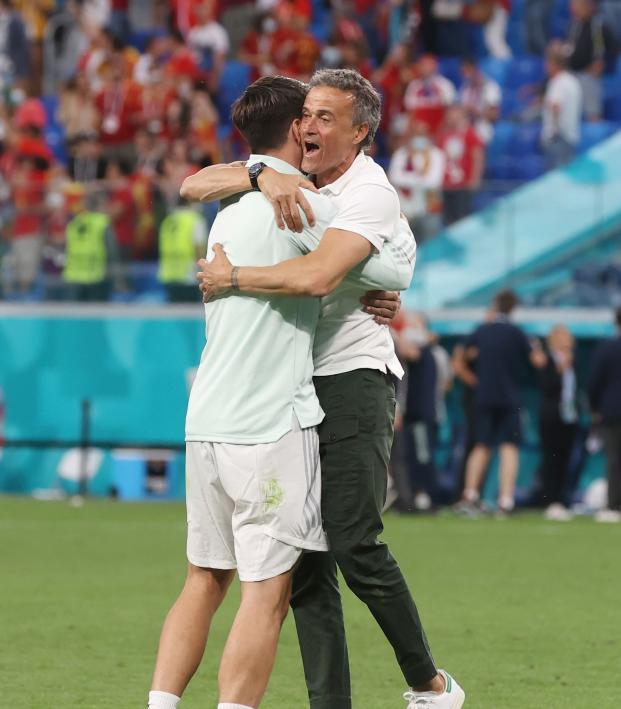 After The Death Of His 9-Year-Old Daughter, Luis Enrique Is Unfazed By Spain’s Critics

LONDON - Spain coach Luis Enrique has coped with personal tragedy and the impact of negative public opinion to rally his young squad and lead them to the Euro 2020 semifinals.

Tuesday's game against Italy at Wembley is Spain's biggest match since they won the Euro 2012 final and victory would complete an eventful few weeks for the coach, who has been in the eye of the storm since before the tournament began.

He incurred the wrath of many fans and large sections of the Spanish media for leaving Sergio Ramos out of his squad and picking no players from Real Madrid, with newspaper AS accusing him of betraying the nation's most popular club. The coach turned more heads by only picking a 24-man squad instead of 26 and for encouraging French-born defender Aymeric Laporte to switch nationalities and lead the team's defense instead of Ramos.

More incredulity followed when he kept Sergio Busquets in the squad after the midfielder tested positive for COVID-19, showing a sense of patience he did not afford Ramos, who had missed much of the last season through injury. Busquets and Diego Llorente's positive tests hit Spain's preparations but Luis Enrique played down the upheaval with a subtle reminder of the pain he endured in August 2019 when his daughter Xana died aged nine from cancer.

"Compared to some of the things I've had to deal with, this is child's play," he said.

The Spanish media dealt with his daughter's illness with great sensitivity but have been unforgiving about his handling of the national team and the knives came out when Spain drew their first two Euro 2020 games against Sweden and Poland.

Radio Marca described Luis Enrique as "pigheaded,” adding Spain were "not cut out to win this Euros and we all know it.”

The coach was asked in a news conference before the crunch game against Slovakia if he would resign if Spain were knocked out. Former Spain midfielder Xavi Hernández was unsurprised at the treatment Luis Enrique, who had an acrimonious departure from Real Madrid as a player before becoming a Barcelona great, has received.

"The atmosphere around Spain is very critical, which makes it more difficult to win. It's even more difficult if the coach does not bring players from Real Madrid," he said.

By leaving out fan favorite and media darling Ramos, Luis Enrique blazed a similar trail to the late Luis Aragonés, who was vilified for casting aside Real Madrid striker Raúl but vindicated when Spain won Euro 2008. Like Aragonés, he has forged a siege mentality with the players he has chosen and proved adept at man-management.

Goalkeeper Unai Simón made the howler of the tournament when he let a back pass bobble into his net against Croatia but Luis Enrique backed him, saying he should "have the memory of a goldfish" to quickly move on from individual errors.

He has also fervently supported striker Álvaro Morata, who was booed by Spain supporters and fiercely criticized in the media after missing a clear chance against Sweden. Luis Enrique nailed his colors to the mast by declaring in an interview "it will be Morata and 10 more" in the next game against Poland and the bond between the two could be seen when Morata raced to the sideline to embrace his coach after scoring.

His faith was vindicated again when Morata scored a sensational goal in extra-time against Croatia, while Simón redeemed himself by saving two penalties in the shootout win over Switzerland.

"Luis Enrique is the architect of all this. He has shown us the way and where we need to go," said Simón. "The players make the group dynamic but our relationship with the coaching staff has a big influence. Luis Enrique has been very important to us and we're all at ease with him."

Forward Dani Olmo also gave a description of Luis Enrique which was at odds with the spiky demeanor he sometimes gives off, calling him "a warm coach who is always there when you need him.”