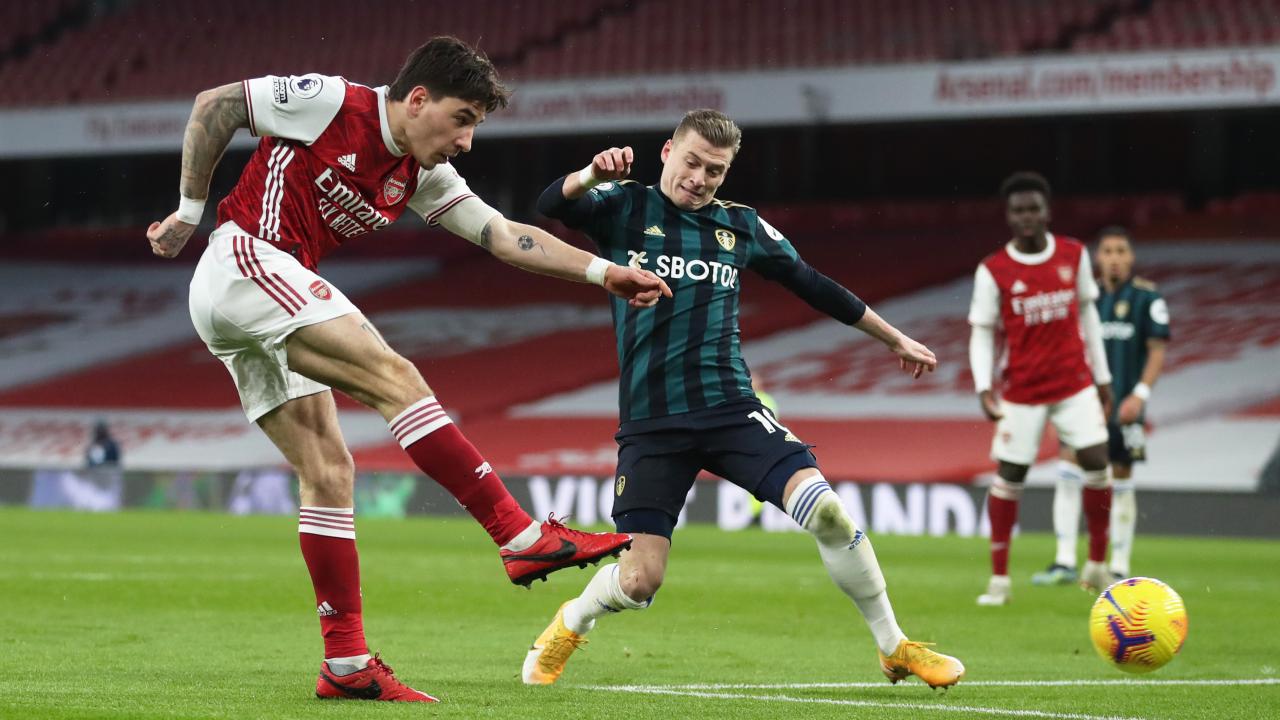 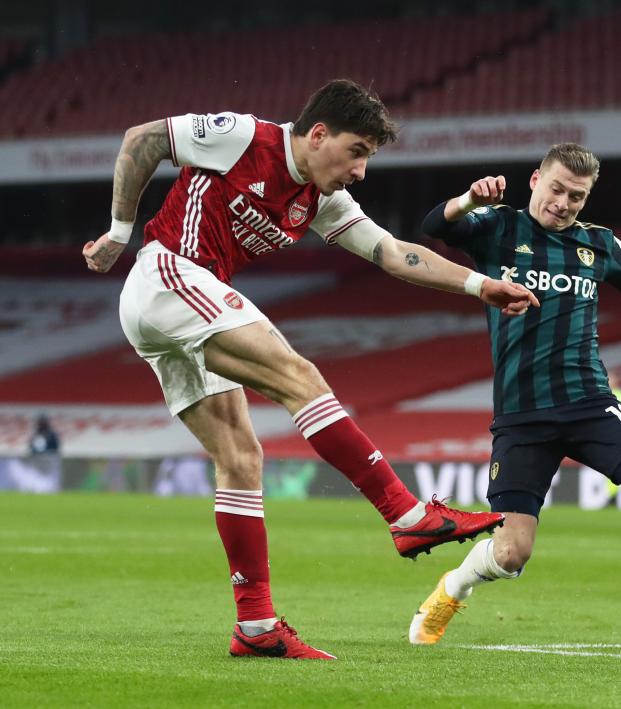 Connor Fleming February 14, 2021
The contributions of Bukayo Saka and Dani Ceballos will heal us all.

Pierre-Emerick Aubameyang gets the headlines after netting his first Premier League hat-trick in Arsenal’s 4-2 win over Leeds United at the Emirates on Sunday, but the goal that best highlighted the Gunners’ superiority was scored by Héctor Bellerín with must-see contributions from Bukayo Saka and Dani Ceballos.

Arsenal entered this match coming off back-to-back defeats to Wolves and Aston Villa, and Mikel Arteta looked for a positive response against Leeds with an exciting lineup that featured Aubameyang leading the line with Saka, Martin Ødegaard and Emile Smith Rowe playing behind.

Arsenal tore into Marcelo Bielsa’s side with three goals in the opening 45 minutes, including Bellerín’s magical finish just before the halftime whistle.

Saka, who earned the penalty that Aubameyang converted to put Arsenal up 2-0 in the 41st-minute, took possession out wide before cutting across the top of the area. The 19-year-old skittered through seven defenders — taking a couple with him — before twisting inside and out and leaving Liam Cooper on the floor.

Saka then shuttered it out wide to Aubameyang, who smartly looked back across goal to pick apart the remains of Leeds’ defense following Saka’s driving run. The Gabon striker easily spotted Bellerín, who cushioned a header towards Smith Rowe.

The 20-year-old did well to control it and poked a pass back to Ceballos at the edge of the area. The Spaniard initially appeared to be playing it out wide to Ødegaard, but he cleverly disguised his intentions and played a cheeky revere ball through the legs of Mateusz Klich. Bellerín took possession, strove towards goal and fired his finish at Illan Meslier’s near post.

This is high culture.