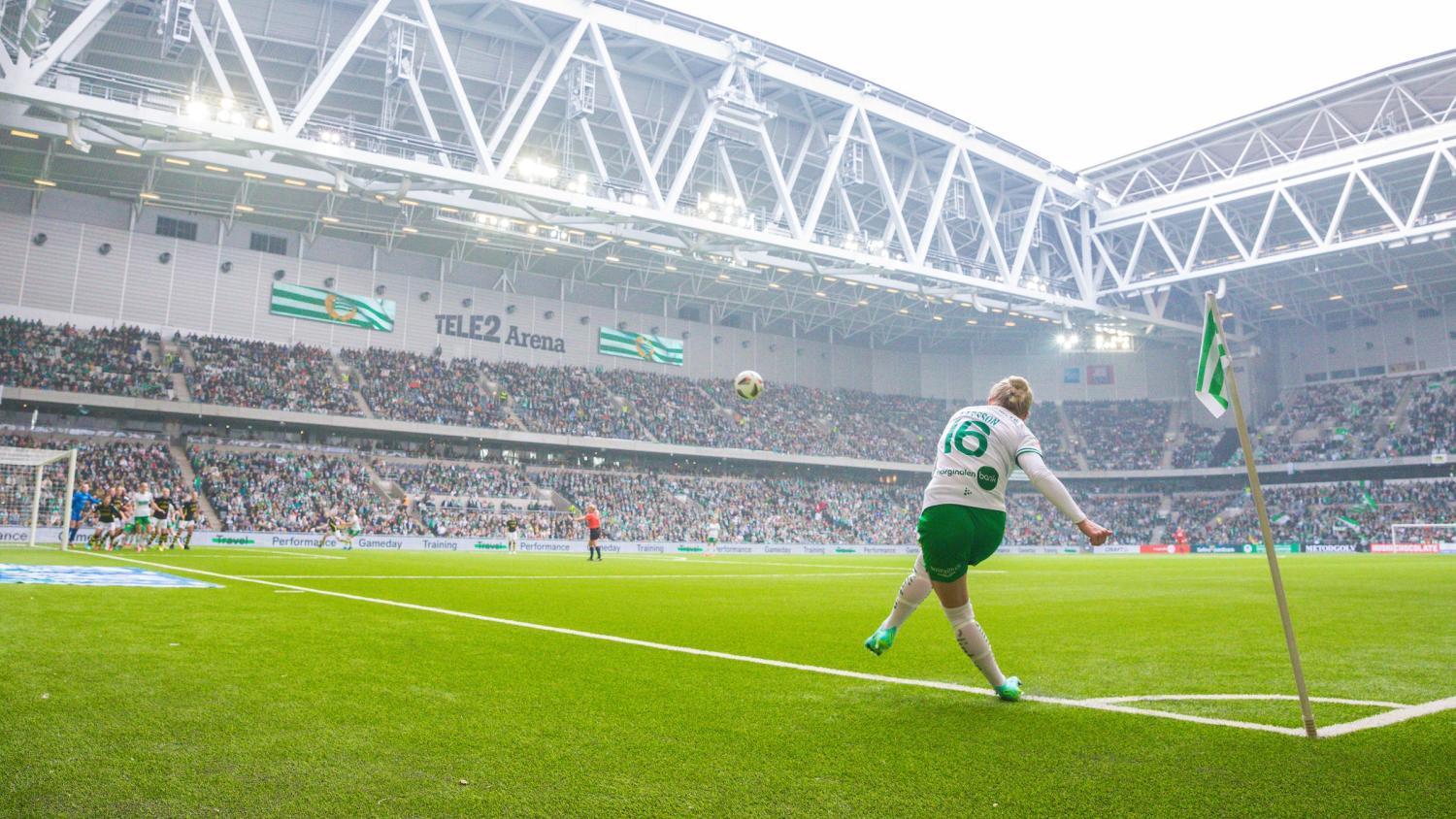 Over 18,000 fans came out to support their women’s teams.
@Hammarbyfotboll | Twitter

The Hammarby vs AIK attendance during Sunday’s Damallsvenskan set a record for the largest turnout during a women’s game in Sweden. A total of 18,537 fans packed into Tele2 Arena.

The Stockholm derby saw Hammarby jump to fifth in the league while AIK sits second from the bottom after a 4-1 victory for Hammarby.

There wasn’t any trophy on the line or battle for key spots, fans simply turned out for their women’s teams.

18,537 Hammarby and AIK fans came out to watch the women’s Stockholm Derby, setting a new attendance record for the Swedish Damallsvenskan. And it went off.

18,537 were in attendance at Tele2 Arena for the Hammarby vs AIK derby today... to watch WOMEN play league football. pic.twitter.com/0VhjP0988k

The highest attendance for a women’s club game in North America goes to Liga MX Femenil when over 40,000 people watched Tigres vs. Monterrey.

41,615 in attendance at the Estadio Universitario for Tigres vs Monterrey 1st Leg of Liga MX Femenil Apertura 2019 Final pic.twitter.com/1Qx4tyRzkx