Unfortunately for us footie fans, there is no soccer at the Winter Olympics; we’ll have to wait a while before eisfußball becomes an Olympic sport. But there was one professional soccer player, Håkon Lorentzen, who was fully in the spirit of the games on Monday and his reaction to his brother’s performance in PyeongChang was priceless.

Håkon Lorentzen is a profesionally footballer for Sandefjord IF in the Eliteserien, formerly known as the Tippeligaen and the top flight in Norway. The 20-year-old has scored nine goals in 41 appearances in his young career. But the highlight of his profesional life may have come Monday when he spent about 30 seconds yelling into a phone before celebrating wildly.

Håkon Lorentzen’s older brother, Håvard Lorentzen, set an Olympic record in men’s 500-meter speed skating, turning in a time of 34.41 seconds to claim gold in South Korea. Håkon’s reaction is heartwarming in his clear love and joy for his brother. He gave zero shits that his brother couldn’t hear him and cheered him on the entire race anyway. 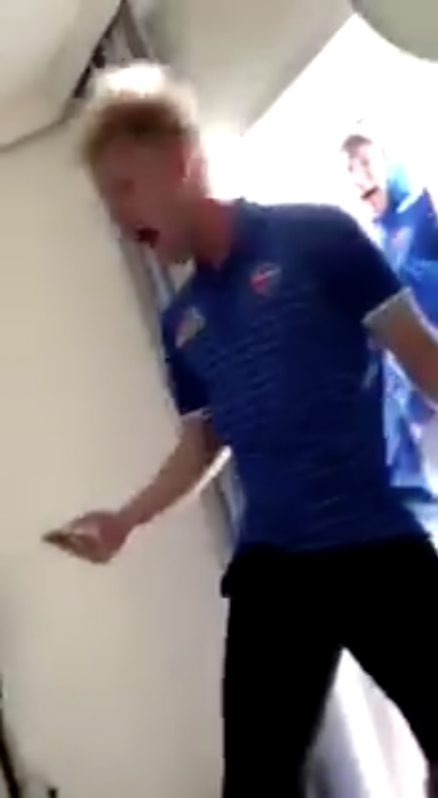 His brother, a soccer player for Sandefjord IF, had the best reaction watching it happen. pic.twitter.com/nBtRWtyscW

This, my friends, is the beauty of the Olympics. Two people you’ve never heard of before syncing up for a beautiful moment. Now Håkon Lorentzen needs to go out and score a few goals for Sandefjord and get some video of Håvard’s reaction.