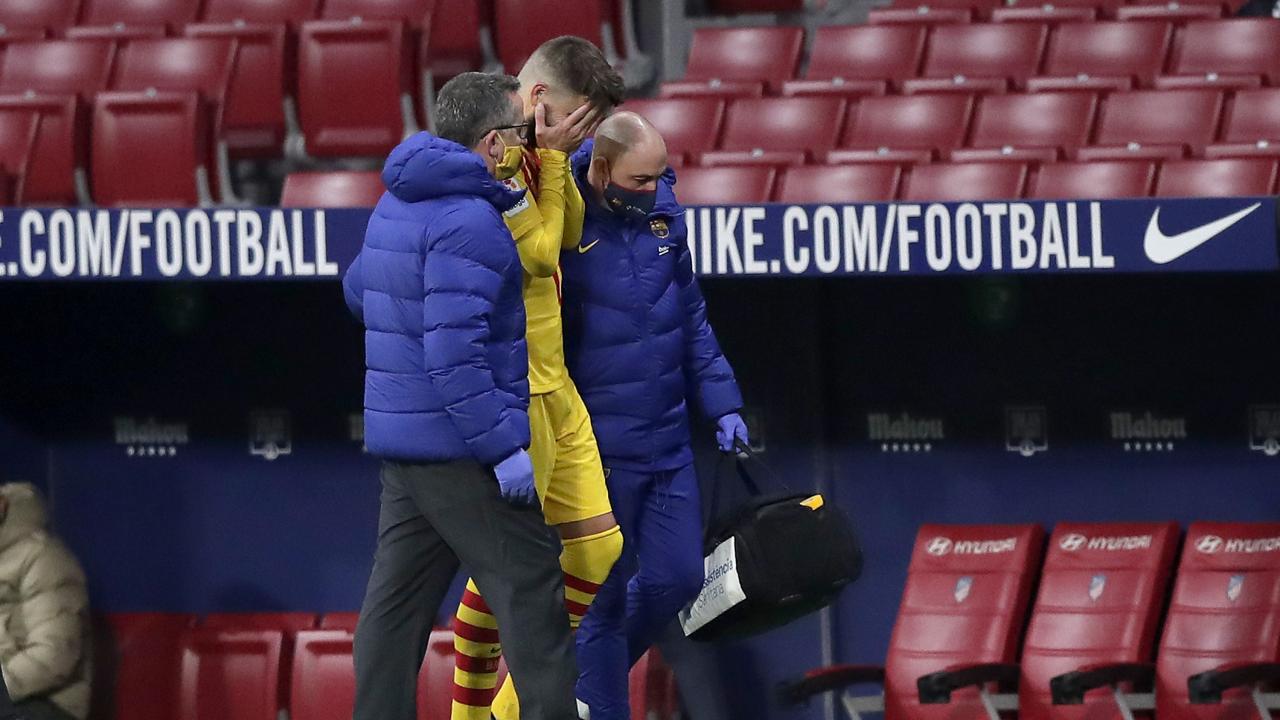 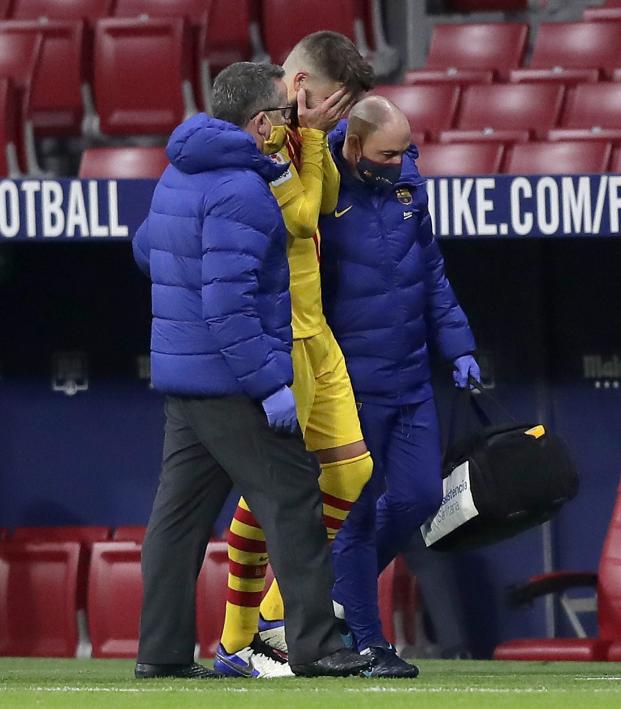 Reuters November 22, 2020
Sergi Roberto could also be out for two months after rupturing a thigh muscle.

Barcelona were facing an injury crisis as well as a results crisis on Sunday after defenders Gerard Piqué and Sergi Roberto were ruled out for significant periods following injuries sustained in Saturday's 1-0 LaLiga defeat by Atlético Madrid.

A Barça medical report said veteran centre back Piqué, who limped off the pitch in the second half in tears, had sprained the internal lateral ligament in his right knee as well as sustaining a partial injury to the anterior crucial ligament. The statement did not state how long Piqué would be out for but reports in the Spanish media estimated he would be out for between three and five months.

Right back Sergi Roberto, meanwhile, ruptured a muscle in his thigh and would be out for two months, added Barça.

Tests carried out this Sunday on @3gerardpique have shown that he has a grade 3 sprain in the internal lateral ligament and partial injury to the anterior cruciate ligament in his right knee. The evolution of the injury will condition his availability. pic.twitter.com/0Bf0EnXiZo

Barça will also be without forward Ansu Fati for the next four months after he underwent knee surgery earlier this month, while midfielder Sergio Busquets is out with a knee problem but is due back by the end of the month.

Yannick Carrasco's goal for Atlético inflicted a third defeat in eight league games on Barça, who are 10th in the standings, nine points adrift of second-placed Atléti and leaders Real Sociedad.