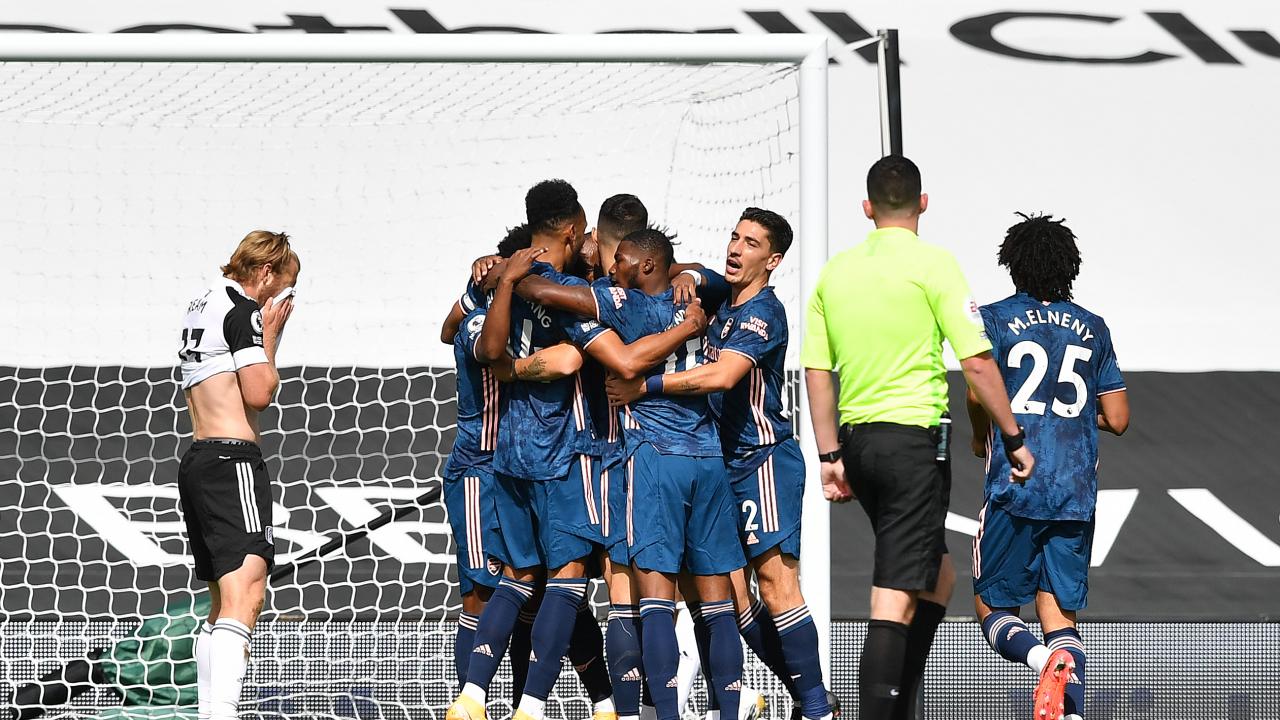 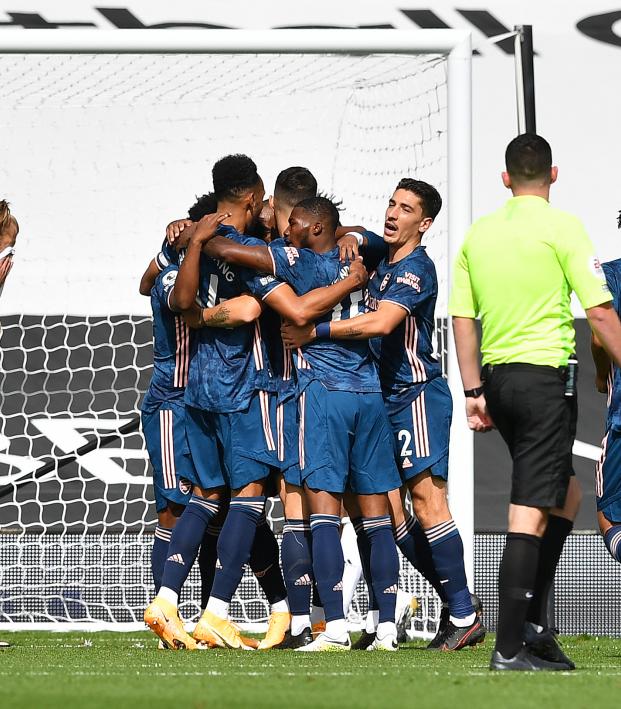 LONDON — Arsenal got their Premier League campaign underway with a 3-0 win at promoted Fulham thanks to goals from Alexandre Lacazette, new signing Gabriel and captain Pierre-Emerick Aubameyang in the opening game of the season on Saturday.

Newcomers Gabriel and Willian enjoyed fine debuts for the Gunners, who made light work of their short trip across London to Craven Cottage and dominated against a toothless Fulham.

Lacazette scored the season's opening goal in the eighth minute after poor defending by the home side before 22-year old Brazilian defender Gabriel, who joined Arsenal from Ligue 1 side Lille, made it 2-0 in the 49th with a close-range header.

The teamwork, the scrappiness and the goal, The Premier League is back!

Lacazette scores the first goal of the season. #myplmorning pic.twitter.com/YMNVpkiKl7

Captain Pierre-Emerick Aubameyang put the icing on the cake with a superb shot into the top corner in the 57th minute and missed a pair of gilt-edged chances in the closing stages to inflict even more damage on the home side.

Right back Denis Odoi forced a save from Arsenal keeper Bernd Leno early on but that was as good as it got for Fulham, whose opening-day performance suggests that staying in the top flight could be a tall order.

Lacazette was left with the simple task of poking the ball in from close range after a comedy of errors by the home side, who enjoyed a slice of good fortune when Willian hit the post with a 22nd-minute free kick.

Gabriel made it 2-0 with a thumping header after a corner swung in by Willian, who racked up his second assist of the day when he set up Aubameyang for the third in his first game for Arsenal after his summer move from Chelsea.

Willian's delightful pass from midfield found Aubameyang on the left flank and the striker cut inside to curl a rasping shot from inside the penalty area past Marek Rodak who was left clutching thin air.

The home keeper then did well to block a shot from point-blank range by Aubameyang, who had another effort cleared off the line by a defender in the dying minutes.

Even at 3-0 down, Fulham were barely able to break out of their own half with their midfield chasing shadows and a porous defence all at sea whenever Arsenal went forward.