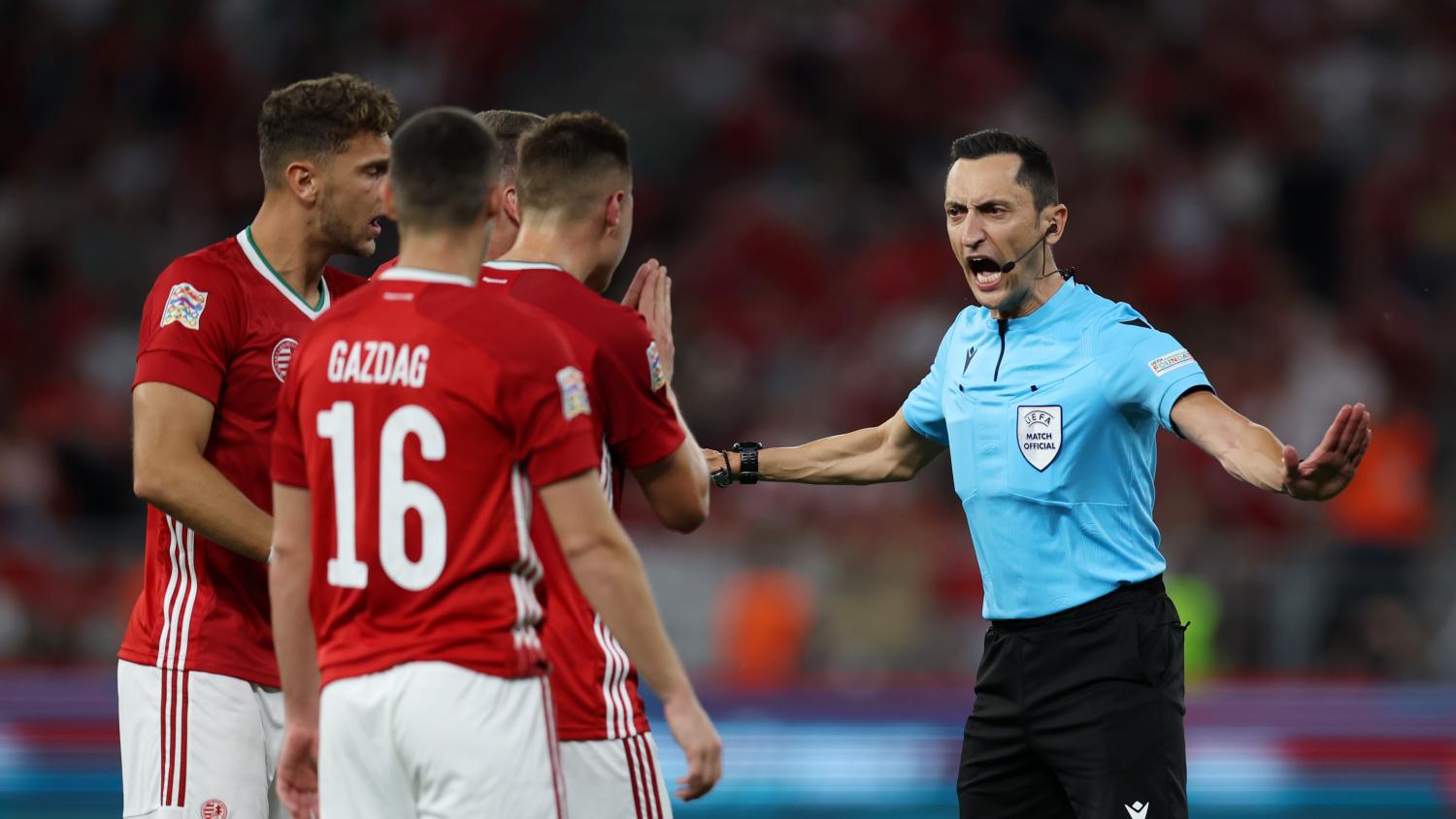 FIFA also codified five substitutions and said it was confident in semi-automated VAR at the World Cup.
Getty Images

DOHA — FIFA is confident semi-automated technology to assist with quicker Video Assistant Referee decisions could be ready for the World Cup in Qatar later this year, world football's governing body president Gianni Infantino said on Monday. Additionally, body cameras are in consideration to prevent referees from being attacked.

Trials on the AI technology will continue in the coming months, but Infantino said there was significant progress.

"We tested it at the Club World Cup and it looks very good. We are very satisfied and we will take decision before the tournament," Infantino told a news conference in Doha after the meeting of the International Football Association Board, which regulates the Laws of the Game.

Semi-automated VAR, which will enable offside to be detected in seconds, uses automated ball detection and creates three-dimensional models of a player’s position instantly.

IFAB ratified, as expected, the use of five substitutes into the Laws of the Game.

It was first introduced as a tweak to the rules because of the COVID-19 pandemic, but has now become permanent although its use in different competitions will remain at the discretion of the body organizing the matches.

The Premier League, for example, had allowed five substitutes when the idea was first floated by FIFA in May 2020 but reverted back to three subs for their last two seasons. They have, however, agreed to five substitutes being permitted from next season.

It was also decided to increase the maximum number of substitutes on the bench from 12 to 15 — again at the discretion of the competition organising body.

These changes come into effect on July 1.

IFAB also discussed attacks on referees and the possibility of body cameras being worn which would act as a deterrent as well as evidence collection.

"Referees will profit from the possible protection, which sadly still takes place in many parts of the world," Infantino said. "We have attacks on them from players, officials, spectators and parents and we have to be very firm in that respect."

He also said more trials on tweaking the offside law and making decisions less marginal would continue in junior tournaments in Italy, the Netherlands and Sweden.

Also finding ways for better time keeping would be trialled.

"It is not acceptable that a game of 90 minutes actually only have the ball in play for 47-48 minutes on average. We have to look into that," Infantino added.