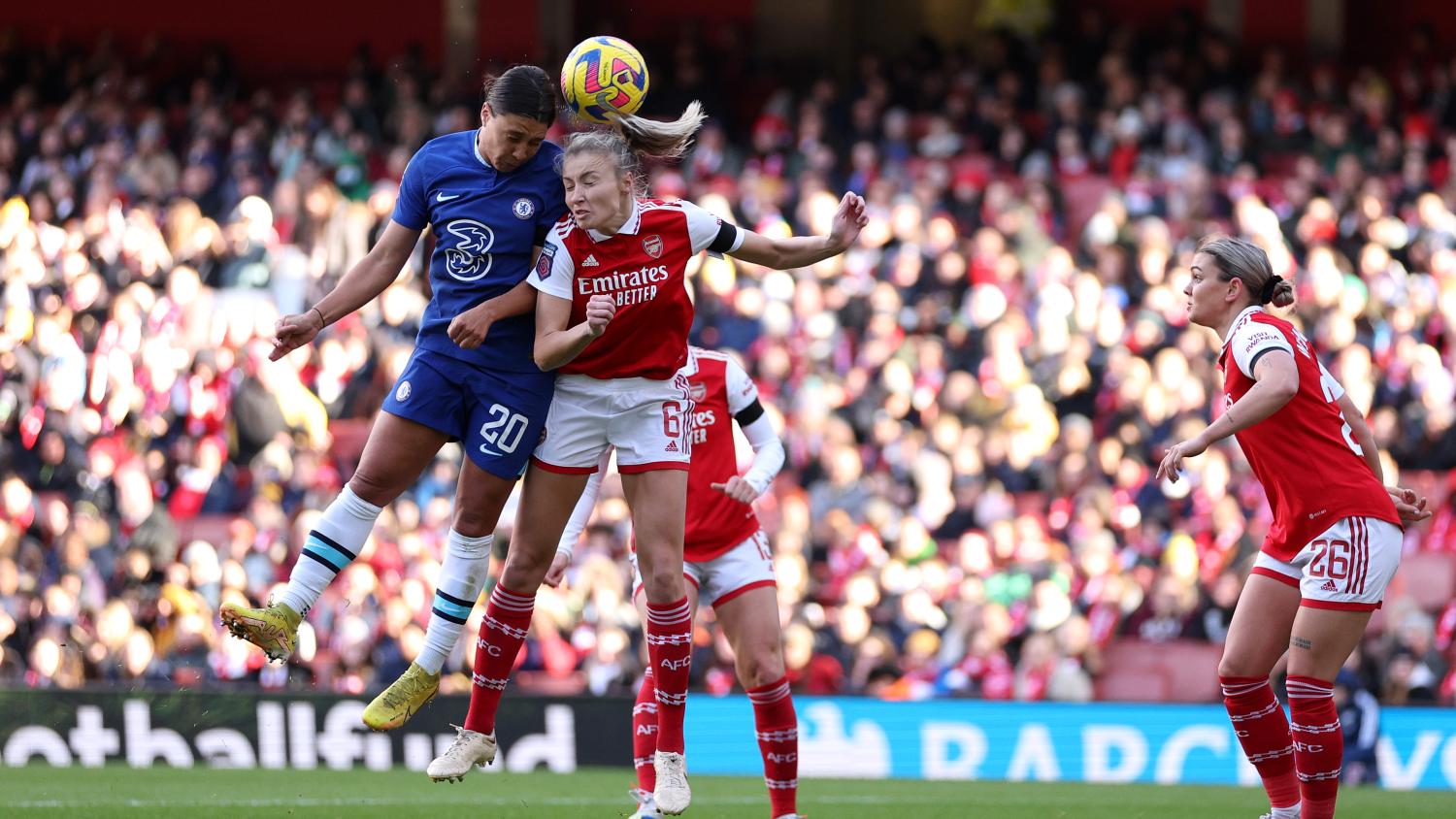 The Blues stay top of the WSL following their 1-1 draw with the Gunners.
Getty Images

LONDON - Sam Kerr scored an 89th-minute equalizer to snatch a point for Chelsea as they drew 1-1 with Arsenal in the Women's Super League on Sunday to maintain their three-point lead over the Gunners at the top of the table.

With 46,811 tickets sold for the clash at Arsenal's Emirates Stadium, Chelsea's Zećira Mušović was the busier of the two goalkeepers, pulling off a string of superb reflex saves to keep her team in it as the home side dominated.

Arsenal took the lead when Chelsea's Niamh Charles conceded a penalty in the 56th minute by bundling over Caitlin Foord, and Kim Little rattled the spot kick past Mušović to break the deadlock.

Sweden's Mušović prevented a second for Arsenal, tipping a ball to the back post from Steph Catley onto the crossbar as Chelsea struggled in attack, not registering an effort on target until Magda Eriksson's tame header in the 77th minute.

The leaders looked to be headed for their second league defeat of the season before Australian Kerr spared their blushes, heading home from close range to grab a scarcely deserved point.

WITH 90 SECONDS LEFT SHE EQUALIZES FOR CHELSEA pic.twitter.com/WqzxzpBdcK

Chelsea top the standings on 28 points, three ahead of Arsenal, who have a game in hand over the Blues.

On Saturday, former Chelsea striker Beth England netted on her debut for Tottenham Hotspur but ended up on the losing side as Kirsty Hanson set up both goals in a 2-1 win for Aston Villa.