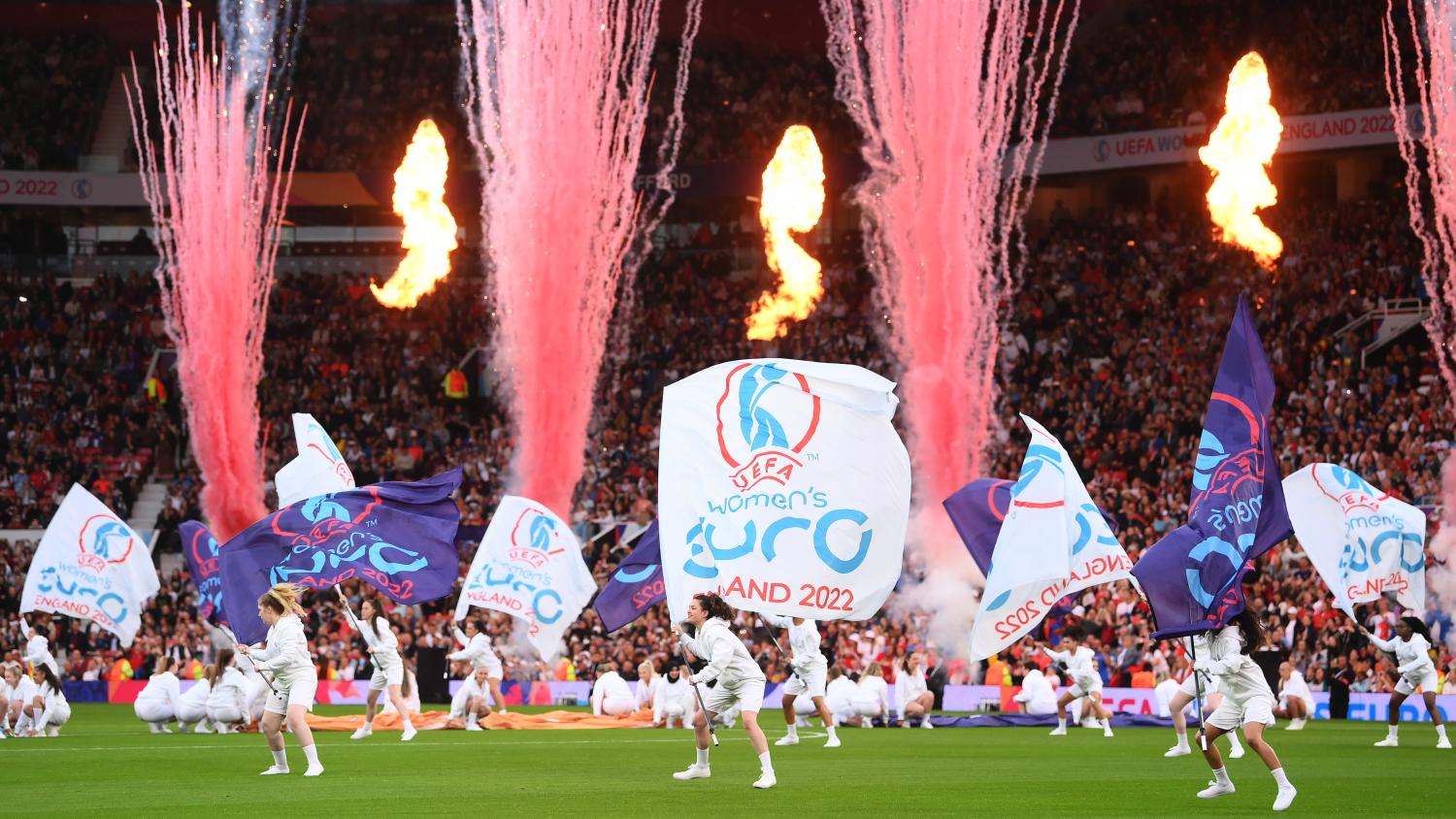 England beat Austria in front of the largest attendance ever for a Women’s Euro match.
Getty Images

MANCHESTER, England — The women's European Championship got under way with pre-game fireworks for a tournament record crowd but there was little sparkle from hosts England as they laboured to a 1-0 win over Austria at Old Trafford on Wednesday.

The crowd of 68,871 was the largest for a European Championship game and the enthusiasm of the heavily youthful and noisy supporters fired England to a lively start.

Tonight's attendance is the in Women's EURO history

Off to a record-breaking start #WEURO2022 pic.twitter.com/gf91uk2Aba

Beth Mead grabbed the decisive goal in the 16th minute for the Lionesses — dinking the ball over Austria goalkeeper Manuela Zinsberger after being picked out by Fran Kirby.

Although Austria defender Carina Wenninger valiantly attempted to clear off the line, with her effort striking the bar and flying away from goal, the ball was ruled to have crossed the line.

What a ball from Fran Kirby pic.twitter.com/EEVZr1HSjw

It was Mead's 15th goal in as many games for her country and the Lionesses' alltime top scorer Ellen White went close to adding a second, ten minutes later, flashing a header from a Lauren Hemp cross just wide.

It felt like England could quickly establish a comfortable lead with Georgia Stanway finding space to create and Kirby delivering some clever passes on the left.

But the Austrians settled into a compact shape and occasionally threatened on the break while England gradually ran out of their early burst of inspiration.

Sarina Wiegman's team struggled to create clear-cut chances and lacked sharpness in attack with the Dutch coach making a triple substitution in the 64th minute in an attempt to add some spice.

Austria were on the back foot for much of the game but came close to a leveller in the 78th — England goalkeeper Mary Earps doing well to keep out a curling effort from Barbara Dunst.

England's other Group A rivals, Northern Ireland and Norway will face each other on Thursday in Southampton.